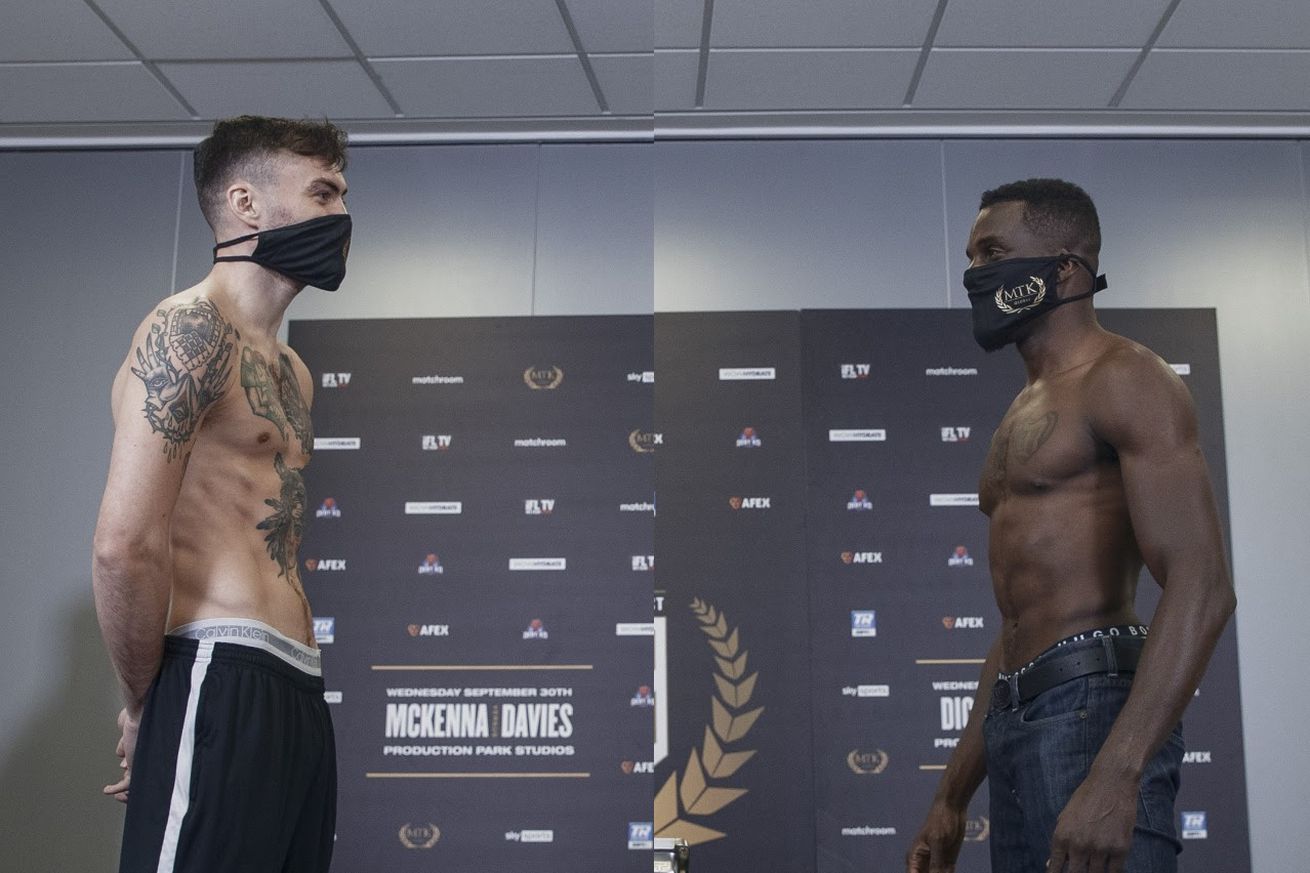 Tyrone McKenna and Ohara Davies are ready to go in today’s main event from Wakefield, England, with ESPN+ streaming the fights live at 2:00 pm ET, with the fights also airing live on Sky Sports Arena in the United Kingdom.

(Note: MTK is saying 3:00 pm ET start time, but both ESPN+ and Sky are still listing at the 2:00 pm ET start. I figured it was better to have the earlier start time and amend later if the show has been pushed back an hour, which is possible because they did lose a fight.)

The 30-year-old McKenna and 28-year-old Davies have each won two fights to get to this bout, with Davies probably the more impressive so far, stopping Logan Yoon and Jeff Ofori in his quarterfinal and semifinal bouts. McKenna won a clear decision over Mikey Sakyi in the first round, but his semifinal win over Mohamed Mimoune was highly controversial, with both ourselves and Sky’s Matthew Macklin, among many others, feeling Mimoune had gotten the shaft.

The co-feature will be a semifinal bout in the Golden Contract light heavyweight tournament, with 28-year-old Liam Conroy facing 32-year-old Serge Michel. The winner will move on to face Ricards Bolotniks in the final, after Bolotniks beat Hosea Burton this past Saturday in Latvia.

The show was also supposed to feature the featherweight tournament final, but that was scrapped when Jazza Dickens tested positive for COVID-19. The bout between Dickens and Ryan Walsh will be rescheduled.