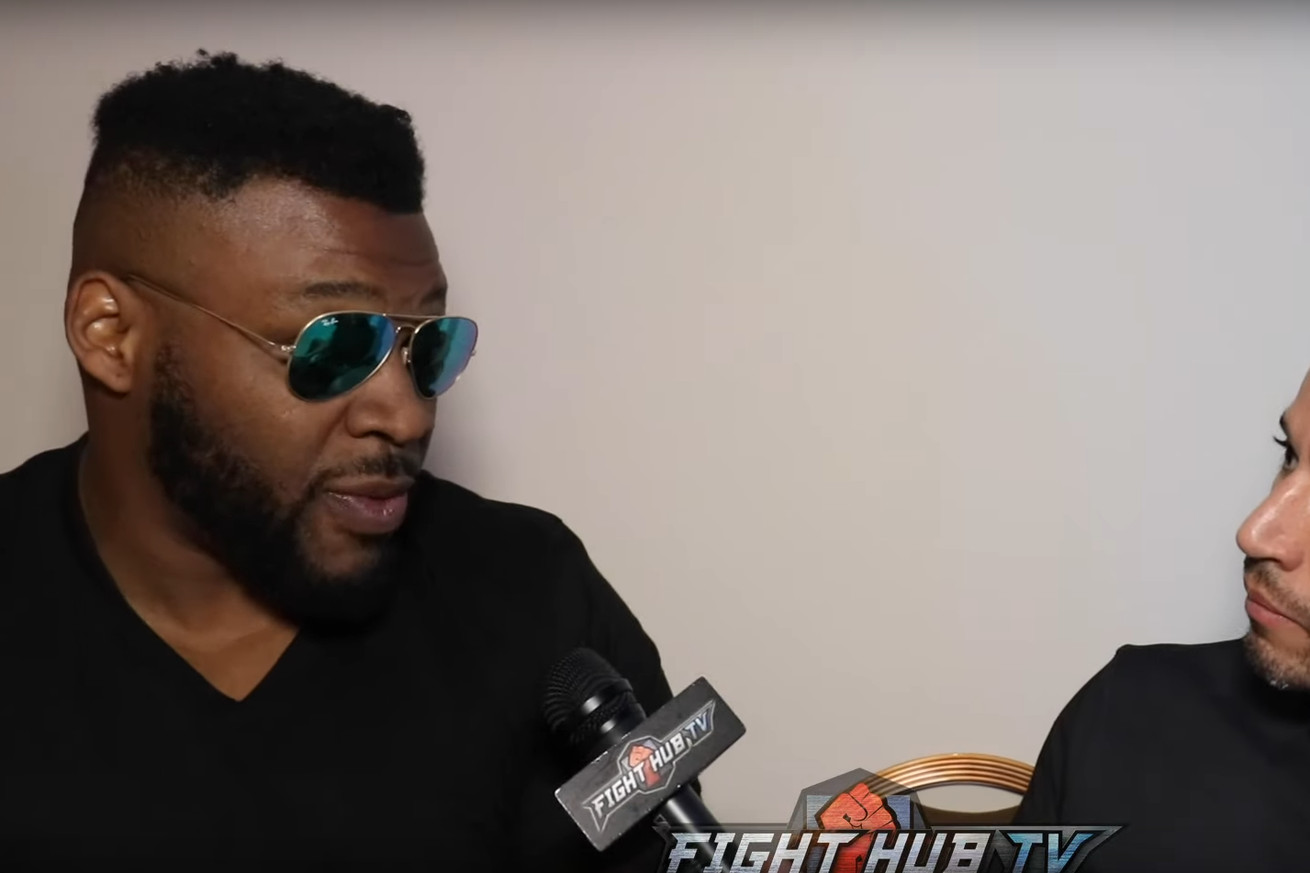 In this sit-down interview with Fight Hub TV, Jarrell Miller talks about everything he’s been dealing with regarding his failed drug tests, and gives his version of events regarding what really took place. Check out some excerpts below with the full video interview above…

Miller on what’s been going on with him these last few months:

“It’s a lot of miscommunication, you know, just wrong information. Nothing was intentional. Dealing with an injury, I wanted to be 100% for my fight, you know. Everything that was released in the media, you know, prematurely, was just wrong information. You know, nothing was a testosterone boost, none of that was an anabolic steroid. It was something that does help with a ligament tear and I had bone spurs in my elbow that I’ve been dealing with since the Johann Duhuapas fight that promoters knew about, stuff like that.

“But it was just wrong homework on the medical side, that I didn’t do, to do my homework. You know, everybody knew about my injury but people — sometimes when it’s dirt being thrown, everybody moves out the way and let one person take it. But I’m the fighter, I’ll take it, I’ll deal with it. But when I come back I know who my true friends are and who’s really fighting for Big Baby and who’s on the Big Baby team.”

On what he claims was wrong with the reports that he failed three separate drug tests:

“It wasn’t three drug tests, it was two drug tests. The first drug test was the one I originally failed, it was GW1516 that we knew came from a tainted supplement. We’re still figuring out [which supplement it came from] because it’s in the labs right now. The crazy part about it was when I failed that, I was the one that asked to get the second drug test. They said ‘oh no, there’s no reason to because you failed the first one, the fight is already out the window.’ I said ‘no, I still wanna get drug test.’ When they drug test me for the second one, that’s when the HGH and [EPO came out] — so I’m the one that shot myself in the foot. A lot of people don’t even know about that, ‘cause they wasn’t even gonna so the second drug test.

“It’s when the second drug test came out, that’s HGH and EPO came out, which was a proprietary blend for the symptoms for my elbow. So it was like, damn, I messed up two drug tests, I know I did one, but I gotta take the blame for two…It hurts because when you’re really a real person and you wear your heart on your sleeve — I’m the kind of person if I mess up, I’ma man up and own it, you know what I’m trying to say? So that’s really what it came down to, but I feel like when people started going to the media, sort of talking to the media and didn’t know anything about it, that’s what really hurt the situation…

“If everybody sat down as a team and figured it out — regardless of whether it was Eddie Hearn or people that was on social media or people doing interviews behind closed doors, or talking to people that don’t even really know me, information could’ve came out a lot more different…”

On the the third failed drug test:

“There is no third test. There’s only two tests…when the information comes out from media or not from the source itself…stuff gets disorientated, man.”

On when he started taking HGH and EPO:

“That started — that was only one shot. It was a new proprietary blend and that only happened maybe like four days before I got tested. That was the first time I tried it for my elbow…

“I was sent articles on this stuff, man…I’ve got no reason to lie..HGH is for helping you lose weight, have I ever lost any weight in any one of my fights other than 10-15 pounds? Does it look like I wanna lose weight? No…when I was a kickboxer my stamina’s always been great. I don’t need that. I didn’t need any of that to beat AJ. He’s the one that had TUE’s in England for so many years, I never had any, see what I’m trying to say? This is the first I was going to try to do things the right way with VADA, and come to find out this is one of the situations that didn’t go the right way.”

On if he knew he was taking HGH and EPO while trying to treat his elbow:

“No, they told me it was a proprietary blend and I didn’t know what the compenents was and that’s the reason I didn’t do my due diligence, homework on it. It hurted so bad I said ‘give me the strongest one you got and let’s see if it’s gonna help me heal’ and like I said before, that’s not what I originally failed for. What we failed for was like nowhere, like anywhere we could think of…They got me for something that had nothing to do with the other so like I said before, it was bad homework and research and when you’re basically kind of self-managed and self-promoted for a long time like I was, I don’t trust nobody, I do a lot of things on my own. I do my own homework, do my own research, but this is one of them kinda things that when the stakes get higher and bigger, you gotta bring someone on the team that know what they’re doing and can guide you in these kind of situations…”

On the cloud of suspicion that has been cast on his whole career now:

“I mean listen, you can look at my past fight, my present fight, you can say I’ve gained weight, I’ve lost weight — like I said before, everything that was taken isn’t an anabolic steroid. You’ve got other fighters that have eaten meat that’s an anabolic steroid, or other fighters that have really taken testosterone. I ain’t take no testosterone, that’s not what I took. They can say what they want but when I make my return, when I’m 100% clean, everything by the book, what are they gonna say after that?”

One thought on “Miller comes clean on taking PEDs”