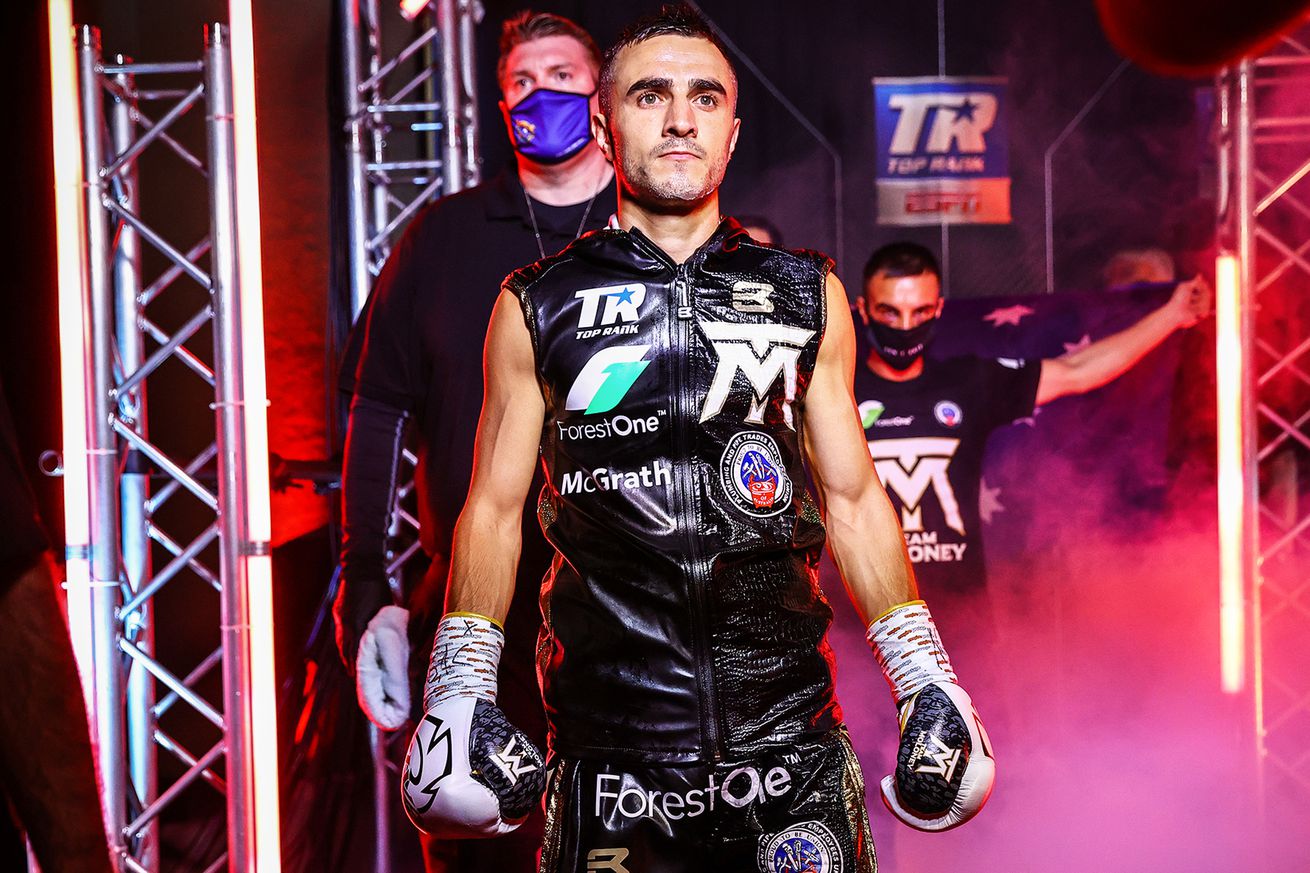 The Australian has a huge chance in an Oct. 31 fight with bantamweight titleholder Naoya Inoue.

“I’ve never been scared of monsters, not even as a child,” Jason Moloney (21-1 18KO) told me during a morning walk in Kingscliff, Australia. The 29-year-old is preparing for a defining fight of his career to date, taking on Naoya Inoue (19-0, 17KO) this coming Halloween for two pieces of the bantamweight world title.

“I don’t fear any man,” he added. “And definitely not Inoue. I think that’s what surprises a lot of people. They think I’m crazy for taking this fight, but I have worked extremely hard for this occasion and dedicated my life to this sport. He’s another man with two arms and two legs. Sure, he’s an excellent fighter, but I go into this fight fully confident.”

In what has been a turbulent year for boxing – including its fighters – Moloney has squeezed the positives out of 2020 with help from Top Rank Boxing. COVID-19 scrapped his April 25 date with Joshua Greer Jr., but an opportunity soon arose inside the Bubble against Leonardo Baez – one that the proud Australian grabbed with both hands.

“This year has had its ups and downs, but it’s all ended how I would have wanted it to end,” he admitted. “It’s worked out well for me in the long run, despite the initial disappointment in April. I beat Baez well, and now I have the fight against Inoue which I’ve always wanted.

“It was unbelievable fighting in the Bubble. Everything was so uncertain but then the opportunity came my way. A lot of fighters in Australia still aren’t getting the opportunities to fight, but I was lucky in that sense.”

“Top Rank made it possible for us. They really are the best promotional company in the world. They have kick-started boxing back and kick-started my career again! It was a massive opportunity and a dream come true to headline my own show at the MGM Grand.

“I wouldn’t say fighting in the Bubble was that weird. I still walked in with excitement and nerves of fight night. As soon as we got inside the ring, it was just business as usual. I still felt the sense of that occasion, and I knew that if I got past Baez, it would open big doors – which it has.

“I’ve taken a few things away from that fight looking to improve. Now I have the opportunity to beat Inoue and change my life. It’s a huge moment in my career.”

Moloney has a strong sense of Australia’s proud fighting history and is attempting to follow in the footsteps of Lionel Rose, Jeff Fenech and Johnny Famechon, who won world titles in the bantamweight and featherweight divisions across the 60s, 70s and 80s. Moloney draws the comparisons between his fight with Inoue, and Lionel Rose’s world title upset over Fighting Harada in 1968, shocking the world.

Harada was untouchable in the bantamweight division at the time. The Japanese star had built a record of 50-3 utilising his rapid footwork, motoring energy and fearless attitude, moving through the weights and clearing close to everything in his path.

Rose had no right to be competitive with Harada inside the Nippon Budokan, Tokyo. The 20-year-old was a huge underdog but was able to display one of the purest, most impressive boxing displays the division has ever seen in outworking the star to a 15-round decision. Rose’s lack of power didn’t impact his gameplan. He was able to jab with one of the best across the divisions, out-punch a nasty counter puncher and briefly drop the champion to his knees with a right-hand counter in the ninth round.

“It’s awesome that there is a history of Australians fighting the Japanese,” Moloney added. “There are so many similarities between that and my fight with Inoue. It definitely motivates and inspires me to do something special like Rose did [and later, Famechon recording two wins over Harada at featherweight].”

Moloney won’t be fighting Inoue in Japan, and believes that his previous experience inside the Bubble could count for a small advantage come fight night.

“Maybe I’ll have a slight advantage in the Bubble. All the one percents do add up. I know what’s ahead of me, I know the atmosphere, how everything works with the protocol. I am going in there with the experience for this occasion. He’s [Inoue] used to the big fights, but everyone will react differently to fighting with no crowd.

“I’m not going to read too much into it. I still know I need to go in and fight a flawless fight and to perfection. It needs to be the best performance of my career, but that’s’ what we are preparing for.

“In terms of training, we haven’t done much different this time around. Even though this is such a massive fight, we aren’t going to change too much. I still train twice a day, every day, and I’ll always enter in fantastic shape.

“I’m ready to do twelve rounds full steam ahead. I’m wary of burning out and leaving my best work in the gym so I won’t be overtraining. We’ve managed to get some good sparring here in Australia – some of the local guys, my brother and a few guys in the gym – also, a few guys from Sydney and Queensland have come to stay with us. I’ve been getting some really good rounds in.”

Moloney will set off to Vegas next week where he will finish his camp ahead of his October 31. meeting with the “Monster”, and feels he is giving himself every opportunity to come away with the win.

“I love proving people wrong and love that people don’t believe that this can be done. No one thinks it’s possible, so when I do it, it will make it even more special.”