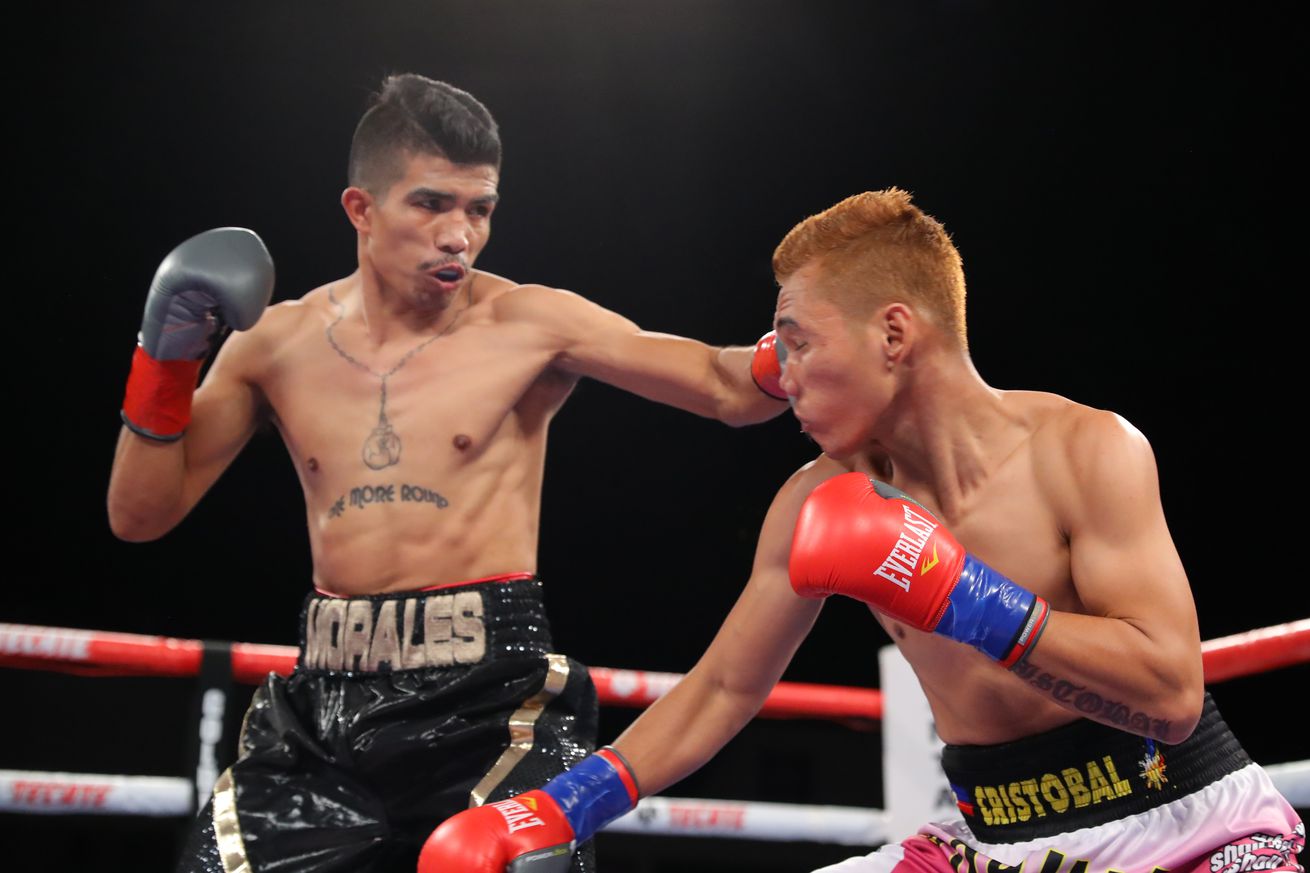 The Golden Boy DAZN Thursday Night Fight series has been odd from the jump when it kicked off under that name earlier this year. For one thing, it doesn’t air on DAZN, the DAZN part of the title is just an advertisement for the existence of DAZN. It streams live on Facebook and RingTV for free, and airs on various regional sports networks.

The other, and more sincerely strange thing, is that the show has been consistently really, really good, with well-matched fights, prospects taking on solid tests, and a lot of entertaining bouts.

We’ve got another solid main event coming to the series on Nov. 14 from Los Angeles’ Belasco Theater, as Carlos Morales will take on Mercito Gest ain the lightweight featured bout.

Morales (19-4-3, 8 KO) is a 29-year-old fighter familiar to Golden Boy cards at this point, a tough, somewhat tricky guy who’s never been stopped and has scored some solid wins over the years. He lost his first pro fight back in 2012, and in fact started his career 0-1-3 in four bouts, but kept going, and now he’s become a reliable part of the Golden Boy stable, someone who can give prospects a sincere test or headline a show like this one.

“I’m back in the gym training very hard,” said Morales. “I feel strong. I’m looking forward to getting back in the ring and exciting my fans with another knockout win!”

Gesta (32-3-2, 17 KO) was in the first Golden Boy DAZN main event back on Mar. 21 at The Avalon, and he was stopped in the ninth round by Juan Antonio Rodriguez in an upset that kicked the series off in fine fashion. Gesta, 31, has been pushed by various promoters for years, but he’s never gotten over the hump. He got pushed into a world title fight in 2012 and was outclassed by Miguel Vazquez, made it to another title shot in 2018 and was outclassed by Jorge Linares, and then he lost to Rodriguez, which was a big step down from losing to Vazquez or Linares.

But like Morales, Gesta is a guy you can do a lot of things with, he’s just not going to be a world-level dude. He’s useful to have in your stable, especially in today’s boxing world with all the content that needs to be produced. Having the ability to pull out a Morales-Gesta main event on a Thursday night for the diehards ain’t bad at all.

“I’m very thankful to my Golden Boy Family for always believing in me,” said Gesta. “Come Nov. 14, I’ll be ready and in great shape. I learned a lot from my last fight. With my team, my dad, and my head trainer Marvin Somodio, I’m going to be well prepared to face the talented Carlos Morales.”

The show will also feature another pair of veterans in a 10-round super featherweight bout, as Charles Huerta (21-6, 12 KO) takes on Jonathan Oquendo (30-6, 19 KO) for the WBO Latino belt.

“I’m excited for the opportunity ahead of me,” said Huerta. “This will be my third fight this year, and I’m ready to step up and face serious contenders like Jonathan Oquendo. I can’t wait until fight night.”

”Everyone knows that my last fight did not go too well, but these things happen in boxing,” said Oquendo. “Now I have another opportunity, a fight for the WBO Latino Title. It’s a great opportunity to once again be on the pathway to a world title. I expect this to be a great fight. Huerta is a warrior, so it will be a tremendous battle.”

Featherweight Edgar Valerio (13-1, 8 KO) will also return after what will be 17 months out of action following his first pro loss, a stoppage against Manny Robles III where Valerio gave Robles some hard work. Valerio will be facing Diuhl Olguin (14-12-3, 9 KO), a 30-year-old fighter out of Guadalajara whose ability is a bit better than his record, and last fought on the May 16 edition of GBxDAZN, handing Tenochtitlan Nava his second straight loss.