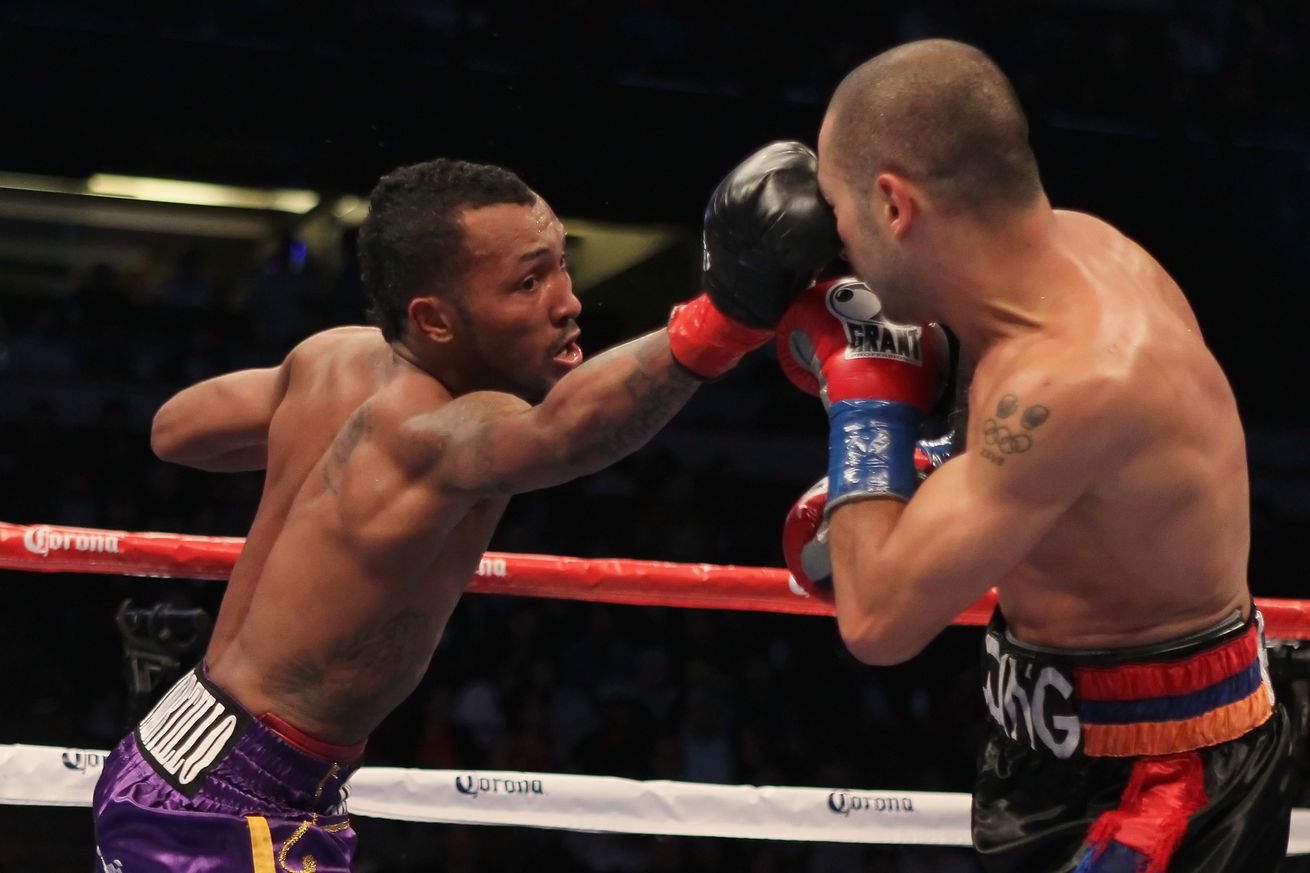 The former banamweight titleholder will come back in Panama.

Former bantamweight titleholder Anselmo “Chemito” Moreno will fight for the first time in two years when he takes to the ring on April 30 in Panama.

Moreno isn’t particularly old, as he doesn’t turn 34 until June, but he’s certainly past his prime years, and will be fighting heavy at least to start the comeback bid, as the bout with Mexico’s Daniel Colula will be at 126, 130, or some weight between.

Moreno (36-6-1, 12 KO) won the WBA bantamweight belt in 2008, beating Wladimir Sidorenoko on the road in Germany by decision. He defended the belt 10 times, including notable wins over Mahyar Monshipour, Nehomar Cermeno, Lorenzo Parra, and Vic Darchinyan, before stepping up to 122 pounds and losing a decision to WBC titleholder Abner Mares in 2012.

Moving back down to 118, Moreno made another two successful title defenses in 2013-14, before finally losing his belt by technical decision against Juan Carlos Payano in Sept. 2014. In his next outing, which came a full year later, he went to Japan and lost a split decision to WBC titleholder Shinsuke Yamanaka.

An April 2016 decision over Suriyan Sor Rungvisai put Moreno back in the win column, but his career ended after a stoppage loss to Yamanaka in a rematch, followed by a third round knockout loss to Julio Ceja in May 2017.

Colula (12-2-2, 3 KO) is a pretty safe opponent for the return. He’s a “former Mexican featherweight champion,” which really doesn’t mean much, as the guy he beat for the belt was 4-2 and the guy he lost it to six months later was 3-1-3. He’s really never fought anyone, but he is a natural featherweight. Moreno is 3-2 in his career fighting north of 118 pounds, with the three wins all coming in tune-up type fights.