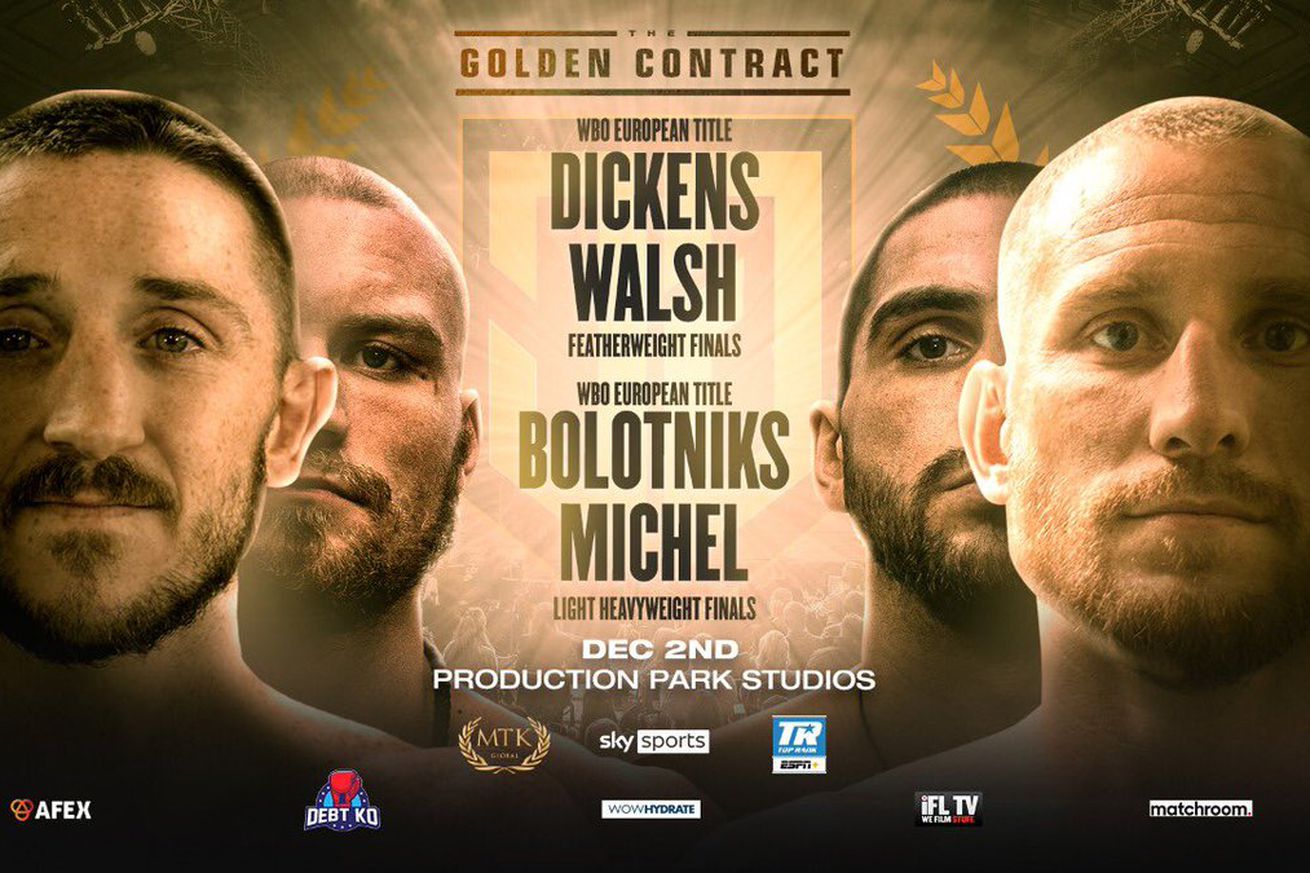 MTK Global’s long-running Golden Contract tournament will finally come to a close on December 2nd with its featherweight and light heavyweight finals, which air on Sky Sports in the UK and ESPN+ stateside.

Jazza Dickens (29-3, 11 KO), who defeated Carlos Ramos and Leigh Wood to secure a spot in the finals, is now 7-0 since having his jaw busted by Guillermo Rigondeaux’s left hand and his face split open by Thomas Patrick Ward’s forehead in successive bouts. Ryan Walsh (26-2-2, 12 KO) smashed the unbeaten Hairon Socarras and twice dropped Tyrone McCullagh on those same shows. The pair were slated to fight on September 30th before Dickens and his trainer tested positive for COVID.

Ricards Bolotniks (17-5-1, 7 KO) had a rough run at 200 pounds, but has looked a menace since dropped to 175, disposing of Steven Ward in one round and cruising past Hosea Burton on September 26th. Serge Michel (11-1, 8 KO) scored dominant victories of his own over Tommy Philbin and Liam Conroy to get here.