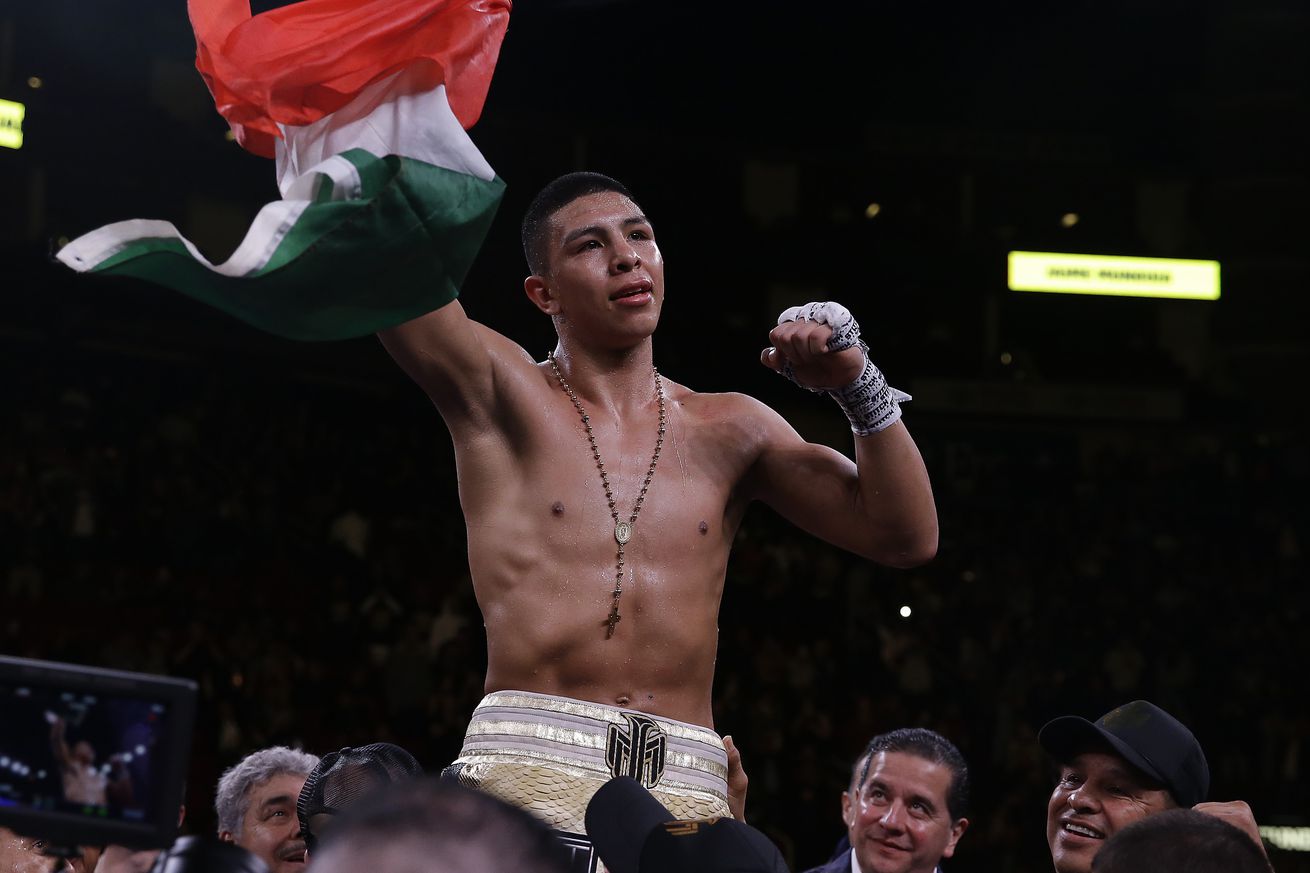 Mungia’s #1 contender is Dennis Hogan, but this could be a voluntary defense

Munguia (32-0, 26 KO) mauled Sadam Ali for the belt last May, then defended it in entertaining battles against Liam Smith, Brandon Cook, and the aforementioned Inoue. He fought seven times in 2016, seven times in 2017, and five times in 2018; if anything, a three-month gap between bouts is actually him slowing down a bit.

Ah, the boundless energy of youth. I, a decrepit 27-year-old, remember it fondly.

There’s no word on his opponent yet, but the article implies that it will be a voluntary defense before a mandatory bout with #1 contender Dennis Hogan later in the year. Beltrán also stated that he’d love to pit Munguia against Canelo Alvarez in September.

One thought on “Munguia plans April 13th defense in Mexico”