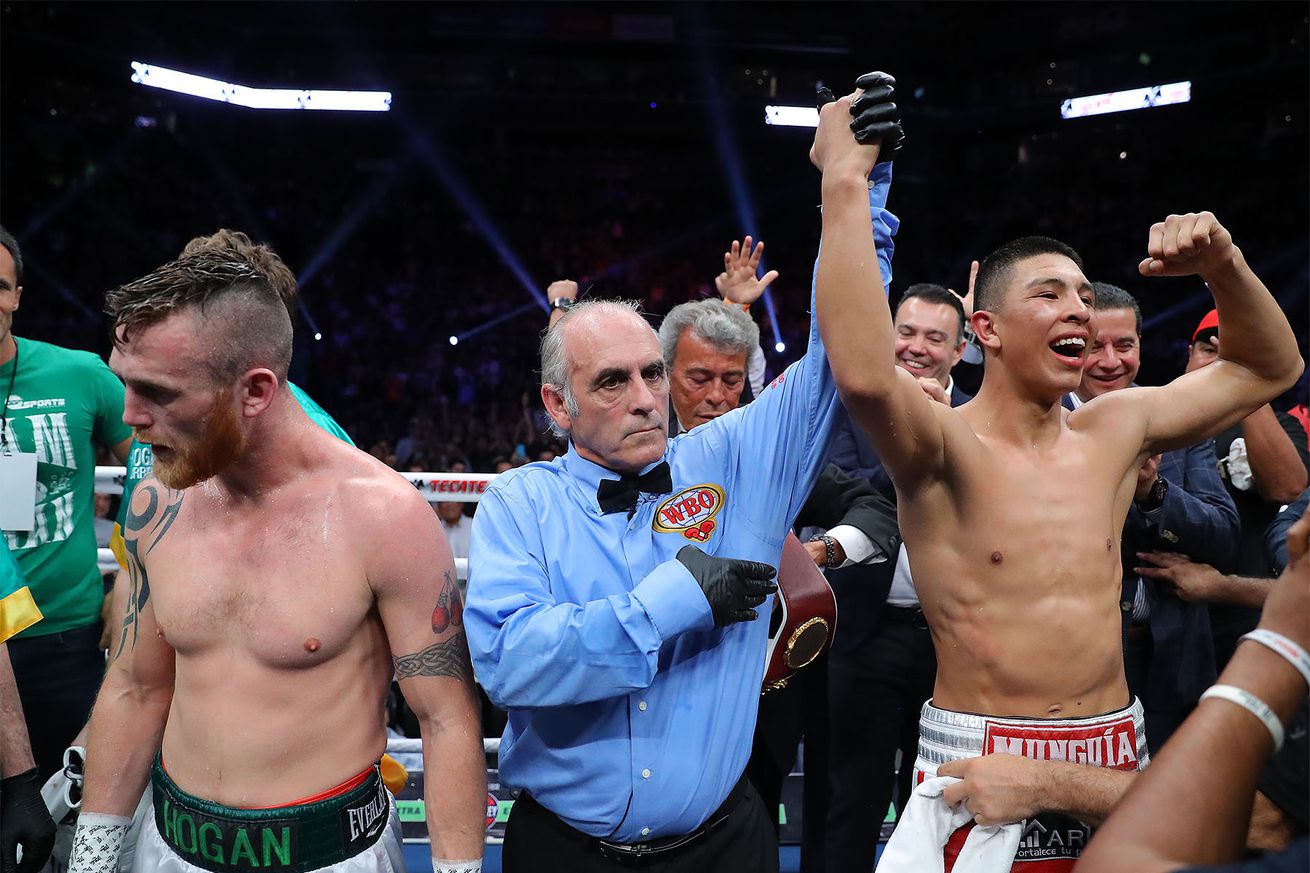 Jaime Munguia barely escaped defeat against Dennis Hogan, and you can argue he shouldn’t have.

Jaime Munguia got the win tonight in Monterrey, Mexico, but his homecoming was a rough one, as he barely survived a far tougher than expected challenge from Dennis Hogan to take a majority decision.

Munguia (33-0, 26 KO) started a bit slow, but did pick things up in the middle rounds and made it a closer fight. Hogan (28-2-1, 7 KO), though, appeared to have really done enough, and this is another stinger of a decision from boxing.

“Truthfully, in my mind, I thought it might have been a draw,” Munguia said through a translator. “I decided to come out in that last round and give it all to get the victory. But it was difficult.”

“I got a little bit tired. The issues being at 154, that can be a problem,” Munguia said. Asked if it was his last fight at the weight, he said, “It could be.”

Hogan, 34, was frustrated after the fight, as you would expect.

“I know I won the fight. I know it in my heart and soul,” Hogan said. “We came here in good faith. No disrespect to anybody here apart from the people who scored it and allowed this decision to go through. This is bad for boxing, bad for me.”

Hogan claimed that he was offered a rematch in the corner after the fight, and said he would accept.

“He’s a great fighter, but I knew in his eyes, he knew he was losing,” Hogan said. “He was acting desperate.”

He finished by saying, “They tried to take my family’s future away, and I’ll fight hard to get it back again.”