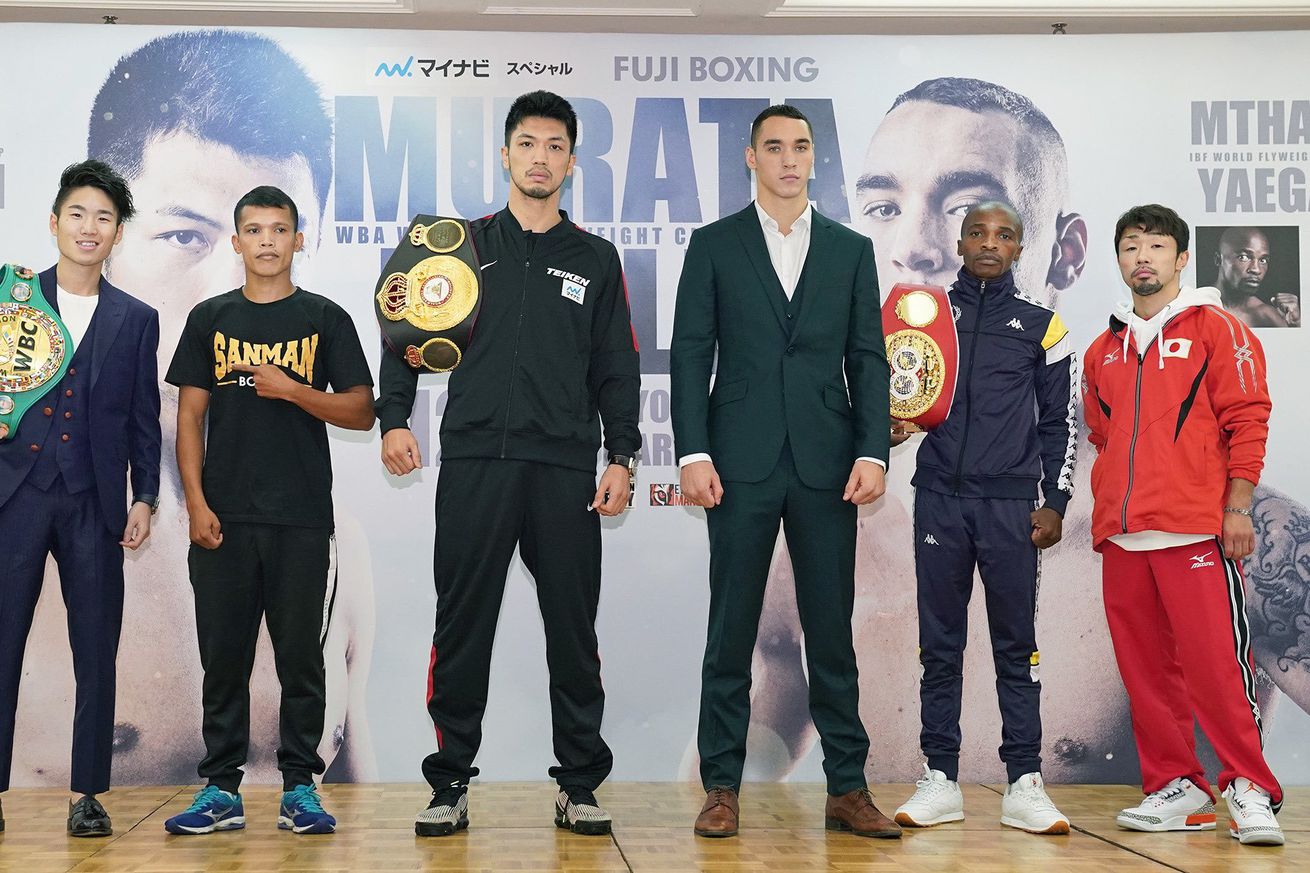 There are three world title fights today from Yokohama, streaming live on ESPN+.

Murata, 33, regained the belt on July 12, stopping Rob Brant in the second round of a rematch in Osaka. There was talk of doing Murata-Brant III right away, but Brant instead opted to step aside for the moment (he does have a rematch clause he plans to exercise), allowing Canada’s Butler, 24, a chance to step in.

In the co-feature, longtime flyweight titleholder Moruti Mthalane will defend his IBF belt against Akira Yaegashi in what could be a fantastic fight, and we’ll also see top junior flyweight Ken Shiro defend the WBC title against late sub challenger Randy Petalcorin. The show will also feature the return of Roman “Chocolatito” Gonzalez.

Boil up a pot of Mountain Dew and get your ass in here for some fights.