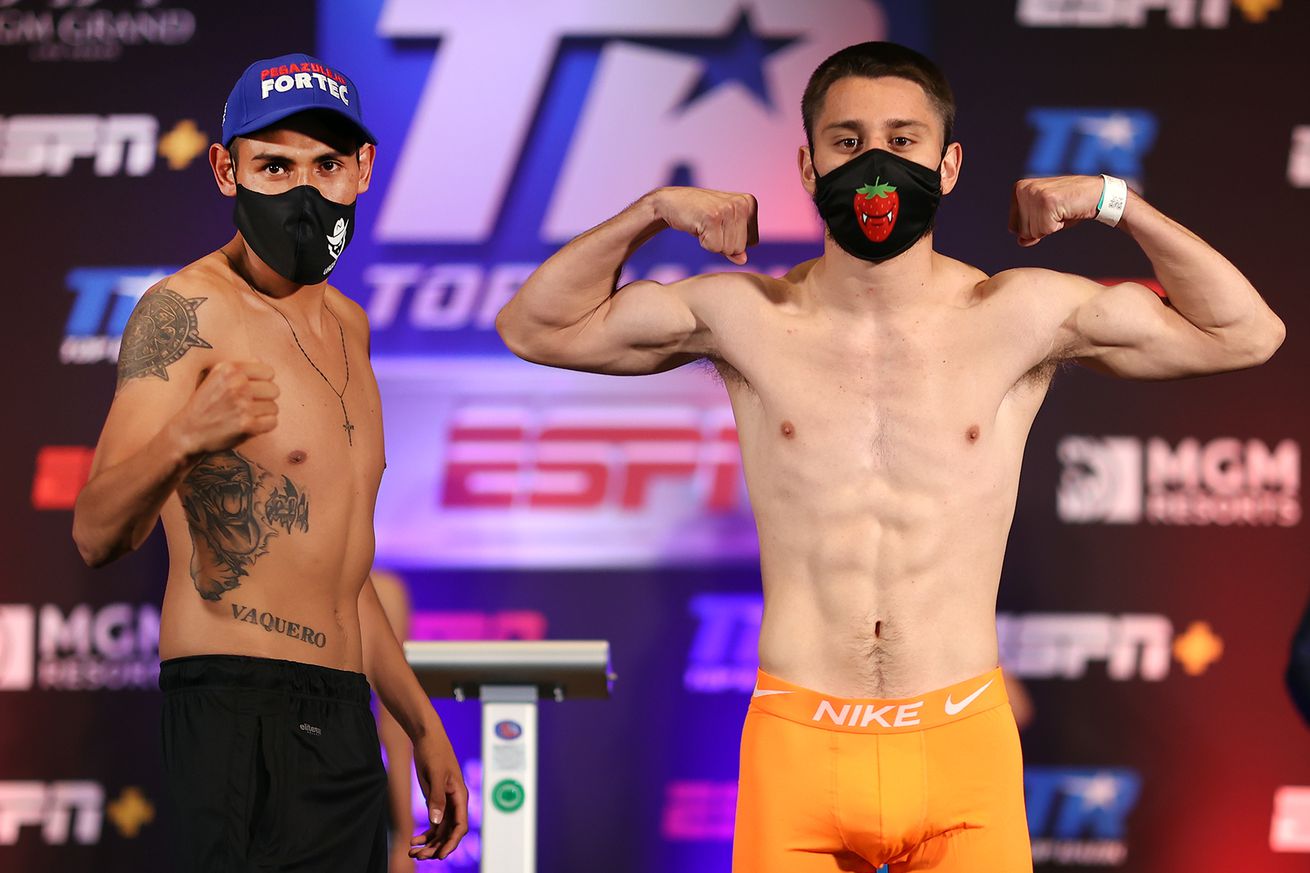 The belt is vacant, having been given up when Shakur Stevenson decided to go up to 130 after not making a defense, following his own vacant title win last year over Joet Gonzalez. Stevenson had been scheduled for a March defense against Miguel Marriaga, but when COVID-19 scrapped that, he made the move to 130, seeking bigger fights.

Navarrete (31-1, 27 KO) was recently the WBO titleholder at 122 pounds, and he vacated that to come up and fight for the featherweight title, also perhaps in search of bigger fights than he was getting at junior featherweight. He weighed in at 126 pounds, the limit for the division.

Villa (18-0, 5 KO) got this fight because, after some fancy rankings maneuvering by the WBO, Jessie Magdaleno didn’t come to terms to fight Navarrete, and Villa was then the next highest ranked fighter, and he took it quickly. The 23-year-old “RV4” has made a name for himself with diehard fans on ShoBox, but this is a big step up, and one he’s wanted. He came in at 125.

Bad Left Hook’s staffers have made their picks for the fight, and we’ll have live coverage tomorrow starting at 7:30 pm ET.

How to Watch Navarrete vs Villa