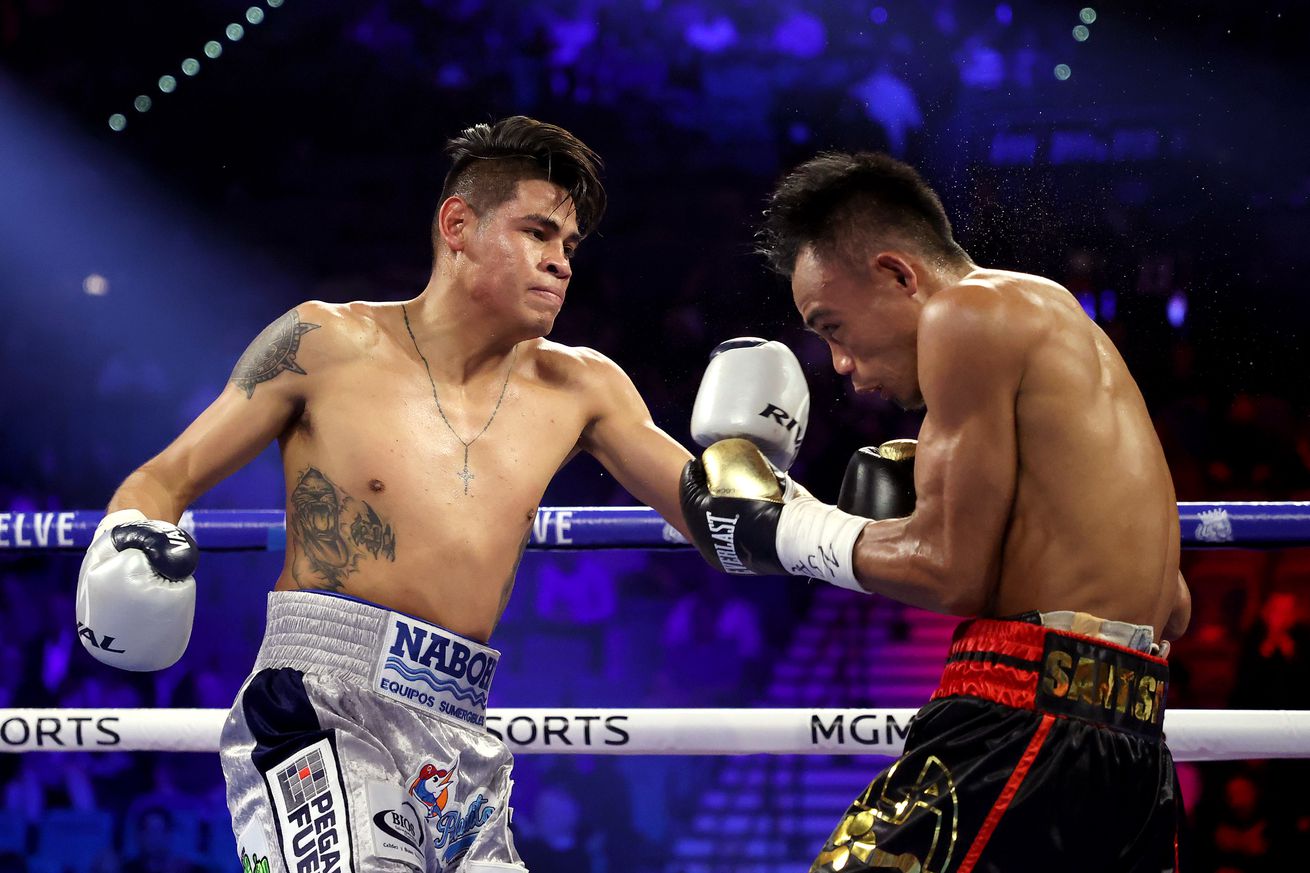 The fight will take place on an ESPN platform.

Emanuel Navarrete and Ruben Villa will square off for the vacant WBO featherweight title on either Oct. 9 or Oct. 10. ESPN’s Mark Kriegel reported Oct. 10 on this weekend’s Ramirez-Postol broadcast, but other reports are saying Oct. 9, so it’ll be one or the other.

Navarrete (32-1, 28 KO) vacated the WBO junior featherweight title in July, choosing to move up in weight. The WBO did some fancy rankings maneuvering in order to make an all-Top Rank bout between Navarrete and Jessie Magdaleno for the vacant featherweight title, which Shakur Stevenson vacated this summer, with Michael Conlan being comically moved down to the 122-pound rankings out of his No. 1 spot at 126, and Magdaleno jumping from No. 4 to No. 2 for no particularly good reason.

But while Navarrete-Magdaleno seemed easy to make, Magdaleno turned down the original $200,000 offer from Top Rank, and the fight went to a purse bid, which Top Rank won for a measly $250,000 total. Kriegel says Top Rank again offered Magdaleno the original $200,000, but he turned it down again, and thus he was officially out, moving Villa (18-0, 5 KO) into the spot. Villa had previously been ranked No. 2 by the WBO anyway, but how and why all those rankings movements came about wasn’t really addressed.

At any rate, Navarrete-Villa is a really good fight. Most will favor Navarrete heavily, probably, because he’s had much bigger exposure, but the 23-year-old Villa is no joke whatsoever. He’s been winning handily in a series of ShoBox bouts against frankly about the same level of competition Navarrete has been facing in his title defenses at 122, and he’s a slick boxer who could be a real style test. This is really not a fight to sleep on.