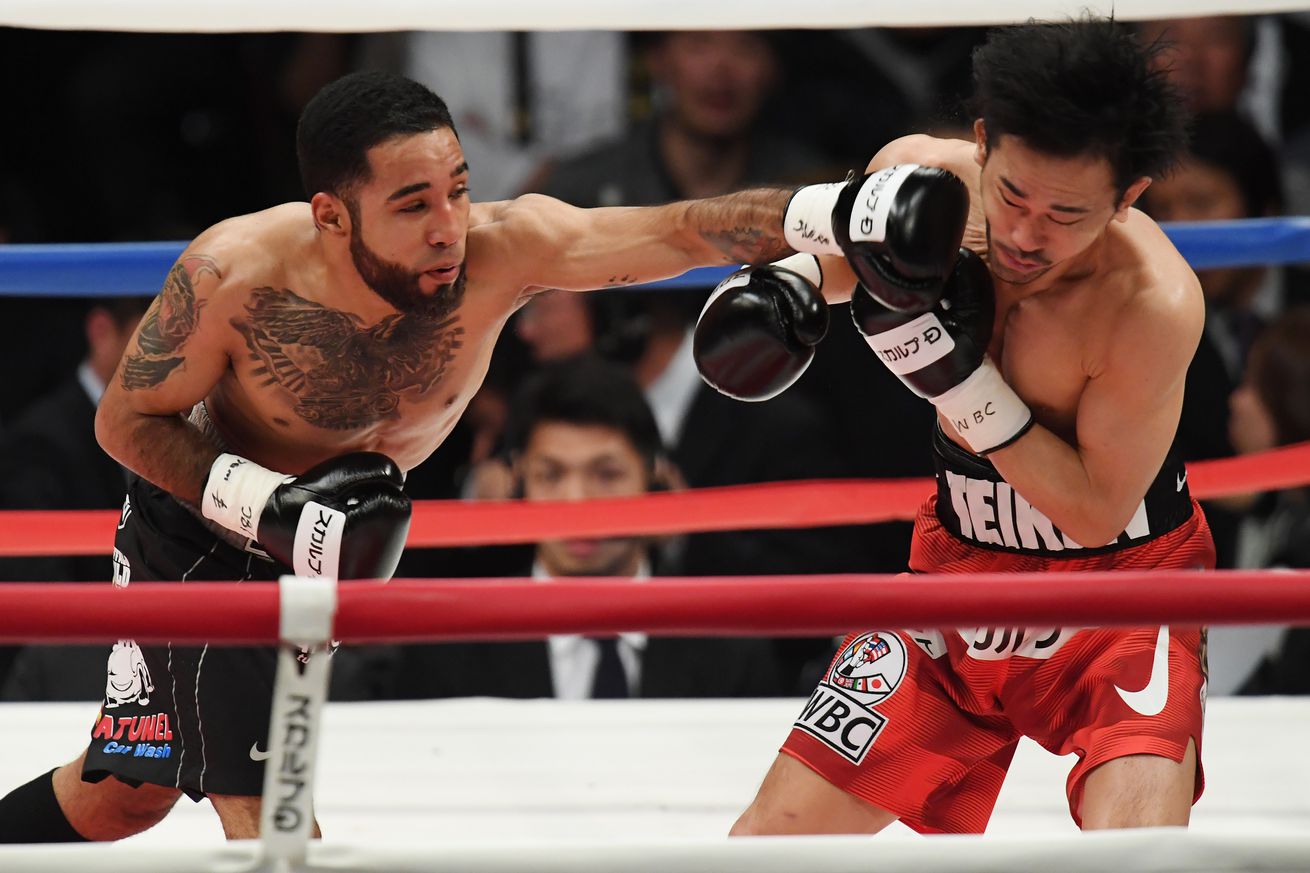 Luis Nery and Juan Carlos Payano are set to meet on July 20.

Luis Nery has his opponent for July 20, as Juan Carlos Payano will be across the ring from the Mexican bantamweight star. The two will meet in the opening bout of the Pacquiao-Thurman pay-per-view show on July 20 from Las Vegas.

Nery (29-0, 23 KO) is a former bantamweight titleholder, having beaten Shinsuke Yamanaka back in 2017. That win came with some controversy, as Nery failed a post-fight drug test, which the WBC eventually accepted was the result of tainted beef. When Nery rematched Yamanaka in March 2018, he missed weight by three pounds. The fight went on and Nery won easily, but he lost his belt on the scales.

In March, Nery was on the Spence-Garcia PPV in Texas, and pummeled McJoe Arroyo for four rounds before the fight was stopped in Arroyo’s corner.

Payano (21-2, 9 KO) is also a former titleholder, winning the WBA 118-pound belt from Anselmo Moreno back in 2014. He beat Rau’shee Warren in his first defense, then lost the belt to Warren in a rematch 10 months later. In Oct. 2018, Payano was stopped in 70 seconds by Naoya Inoue, but bounced back nicely by totally outclassing unbeaten prospect Damien Vazquez on March 9.

It’s hard to figure Payano as a real threat to Nery, not because Payano isn’t still a good fighter — he is — but because Nery just appears to be on another level, maybe the only guy in the division on the same level as Naoya Inoue. But Inoue-Nery isn’t doable right now, as Inoue is slated to face Nonito Donaire in the World Boxing Super Series final, so Nery-Payano is probably about as good as we’re getting for Nery at the moment. It’s not really a bad fight, it’s just hard to figure an outcome other than the obvious.