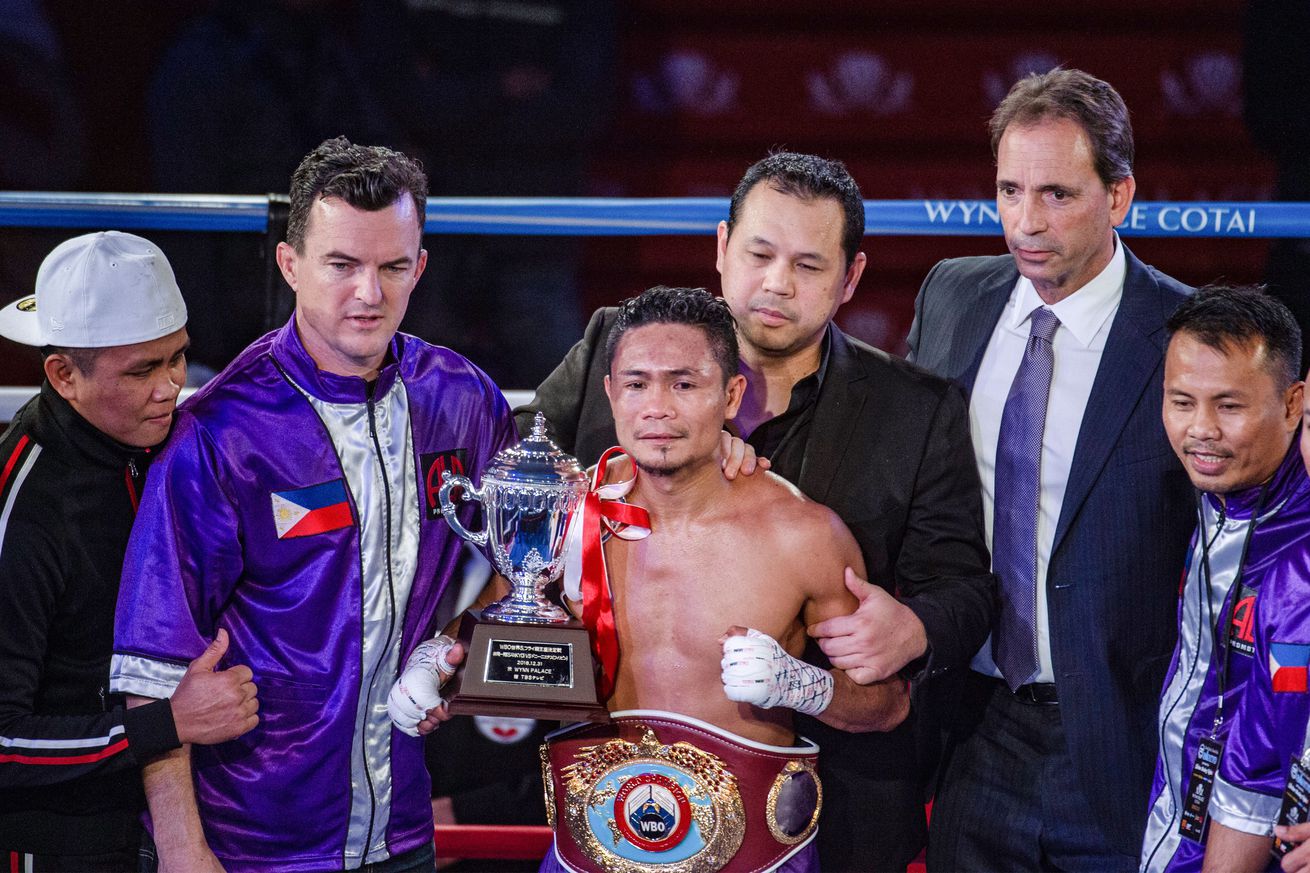 The four-division titlist hasn’t fought since 2018.

Just last week, it was reported that four-division titleholder Donnie Nietes was planning to fight again this winter, his first bout since Dec. 2018, and that he was working on a deal with new partners.

MTK Global announced today that they’ve signed a deal with the 38-year-old Filipino as he gets set to indeed make his comeback.

“I am very happy with this new step in my career. It means so much to me. Being a part of this team is brilliant and I am very grateful,” Nietes said.

“I’m happy with what I’ve achieved so far. The journey has been wonderful and I will forever cherish how I worked hard in building my successful career. I’m not done yet and I am now hoping to get a fight with Estrada, Rungvisai and Chocolatito.”

Nietes (42-1-5, 23 KO) says he’s planning to fight in December or January. His last bout was a controversial split decision win over Kazuto Ioka in Macau, where he won the vacant WBO 115-pound title, which he wound up never defending. He’s also won titles at 105, 108, and 112, and obviously plans to stick at 115 for this return.