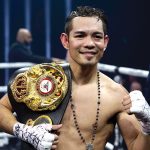 With Nordine Oubaali reportedly unable to leave France for the United States due to visa issues, Nonito Donaire Jr. has a change of plans.

“The Filipino Flash” was expected to face the Oubaali on December 12 in a mandatory shot at the WBC bantamweight title, but will now face former IBF bantamweight titleholder Emmanuel Rodriguez in a Showtime main event, according to reports on The Athletic and ESPN. The fight will still take place at the Mohegan Sun Casino in Uncasville, Conn., but will be moved from December 12 to December 19.

ESPN reports that the fight will be for the WBC bantamweight title, with Oubaali being named “champion in recess.”

Messages to Premier Boxing Champions, the Donaire camp, the WBC and Showtime seeking confirmation were not immediately responded to by the time of this story’s publication.

Donaire (40-6, 26 knockouts) has had a career resurgence since stepping back down to bantamweight for the World Boxing Super Series, pushing Naoya Inoue to the limit in his last bout in November of 2019. Donaire was named the mandatory challenger last December after Luis Nery failed to make weight the previous month for his fight against Emmanuel Dominguez.

Rodriguez (19-1, 12 KOs) of Vega Baja, Puerto Rico hasn’t fought since losing by second round knockout to Inoue in May of 2019. Prior to that, Rodriguez won the IBF title with a decision win in the United Kingdom against Paul Butler in 2018, and defended it once by split decision against Jason Moloney.

Oubaali (17-0, 12 KOs) won the title in January of 2019 with a decision win over Rau’Shee Warren, then retained it twice in defenses that year, stopping Arthur Villanueva in six before outpointing mandatory challenger Takuma Inoue.