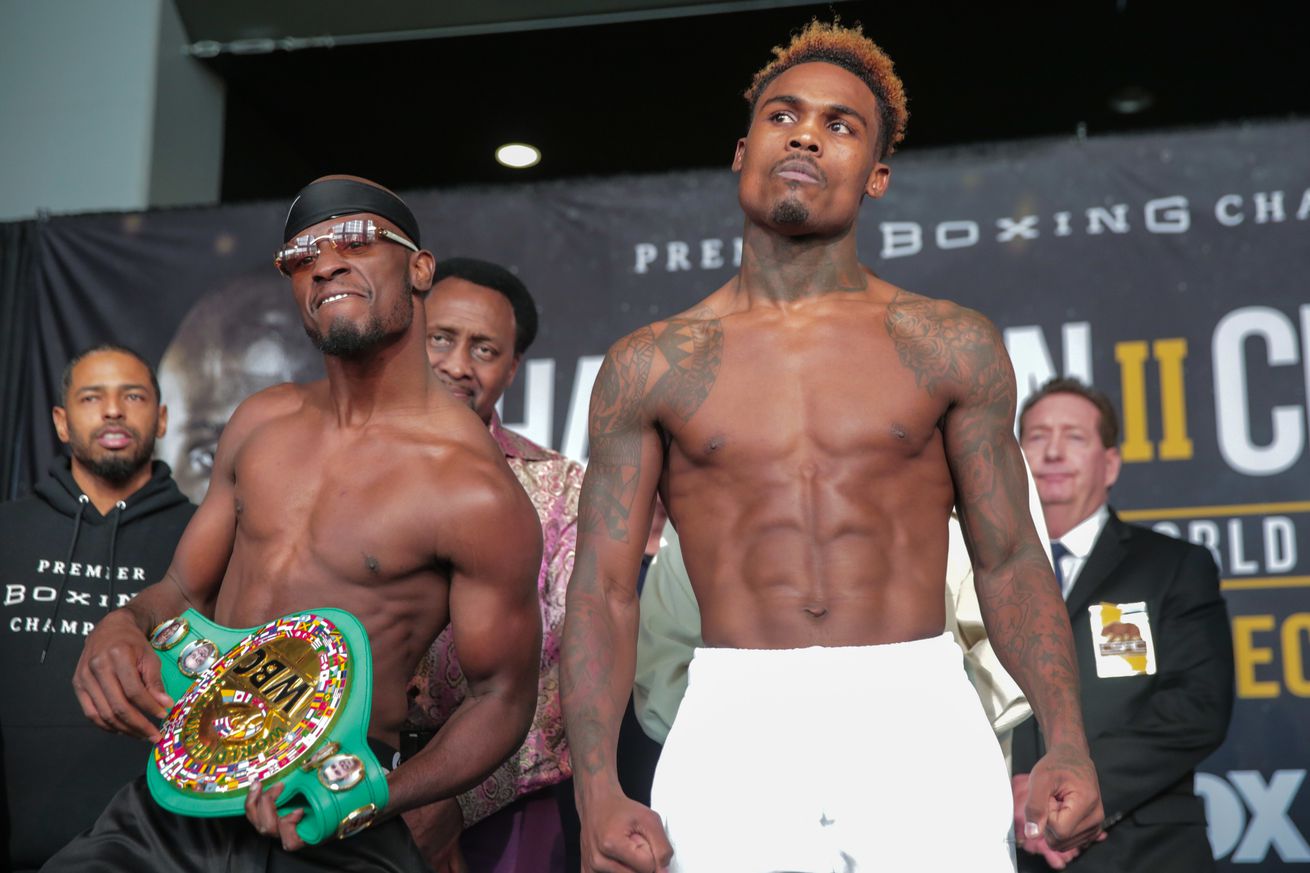 Many think Jermell Charlo never should have lost his WBC belt to Tony Harrison, and the oddsmakers believe he gets it back today.

Tony Harrison is putting the WBC junior middleweight title on the line tonight on FOX, facing the man he took it from a year ago, Jermell Charlo, which was one of the more controversial decisions of 2018.

Harrison, also 29, is about a +275 underdog. He opened around +150, so the lines have gotten wider for this matchup, with common logic seeming to be that Charlo never should have lost the first time, and won’t this time. But these aren’t ridiculous odds or anything, Harrison isn’t some enormous underdog, Charlo no incredible favorite. Both can fight, we’ll see what happens.

For what it’s worth, our staffers all think Charlo is going to take the W.

In the FOX co-feature, heavyweight Efe Ajagba is about -7080 for his fight with veteran Iago Kiladze, who is around +2240. Ajagba is considered one of the more promising heavyweight prospects in the game today, and the 25-year-old Nigeria, now based in Texas, is expected to win going away here.

Over in London this afternoon, we have another top heavyweight prospect in action, as Daniel Dubois faces Kyotaro Fujimoto. Dubois, 22, is also not expected to meet much resistance, as he’s around -9900 on the books, with the 33-year-old Fujimoto at -2560 or so.

Junior bantamweight prospect Sunny Edwards is also a big favorite on that card, as he faces Marcel Braithwaite for the vacant British title at 115 pounds. Edwards is listed around -2720, with Braithwaite at +1170.

The most interesting matchup on that show is the WBO middleweight title eliminator between Liam Williams and Alantez Fox, with the winner in line for a shot at the belt currently held by Demetrius Andrade.

Williams is a solid favorite, around -490, and he has home field advantage, but the tall, rangy Fox shouldn’t be discounted here. He’s listed around +350, and could have serious upset potential.