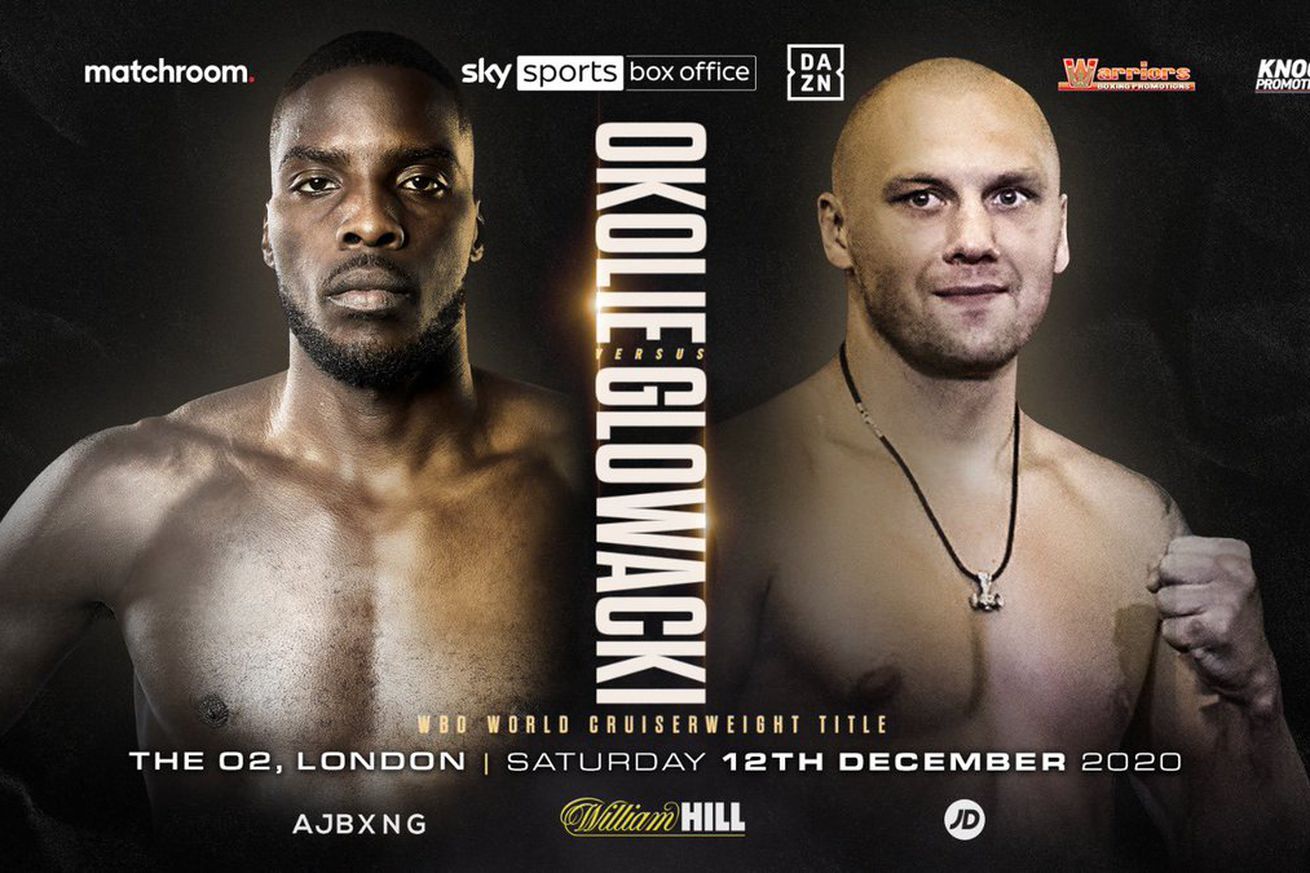 As expected, unbeaten prospect Lawrence Okolie and former champion Krzysztof Glowacki will duke it out for the vacant WBO cruiserweight title on December 12th, joining Anthony Joshua vs. Kubrat Pulev at The O2.

Okolie (14-0, 11 KO) stayed impressively busy before the pandemic hit, fighting seven times in 2017 and four times in 2019. “The Sauce” knocked out Luke Watkins for the Commonwealth title in 2018, added the British belt to his collection with a foul-filled decision over Matty Askin soon after, and most recently stopped Yves Ngabu for the European belt.

“It has been a long and hard road to get here,” said Okolie. “I’m very excited and blessed to have this opportunity; I’ll be grabbing it with both hands. I will become Britain’s next World Champion on December 12.

“Glowacki is a great fighter, and he is someone that I looked up to when I first started boxing. I believe he won the World Title the same year I was pushing to try and get on the Olympic team when I’d had 15 amateur fights.

“He’s a former two-time World Champion and has only lost twice to two elite opponents. He’s going to be my biggest test on paper as a professional. He is a consummate professional and will do everything in his power to win.

“I have to be on my A-game, and I will be. I’m happy that I have faced the best opposition that I could have at every stage throughout my career. This is just another one of those.”

Glowacki (31-2, 19 KO) is now five years removed from his breakout knockout of Marco Huck, which ended the German’s bid for a record 14th cruiserweight title defense. Though he’d ultimately lose the title to Oleksandr Usyk two fights later, he amassed a fresh five-fight winning streak and claimed the interim title to set up another bid at gold in his WBSS semifinal opposite Mairis Briedis.

That went…weirdly. The WBO ordered an immediate rematch after Briedis’ controversial knockout, then stripped him when he instead pursued a tournament final against Yuniel Dorticos.

We could very easily see the winner of this face Briedis in a three-belt unification before too long. WBC champ Ilunga Makabu, however, is unfortunately promoted by Don King, which could neuter any attempts at undisputed glory.