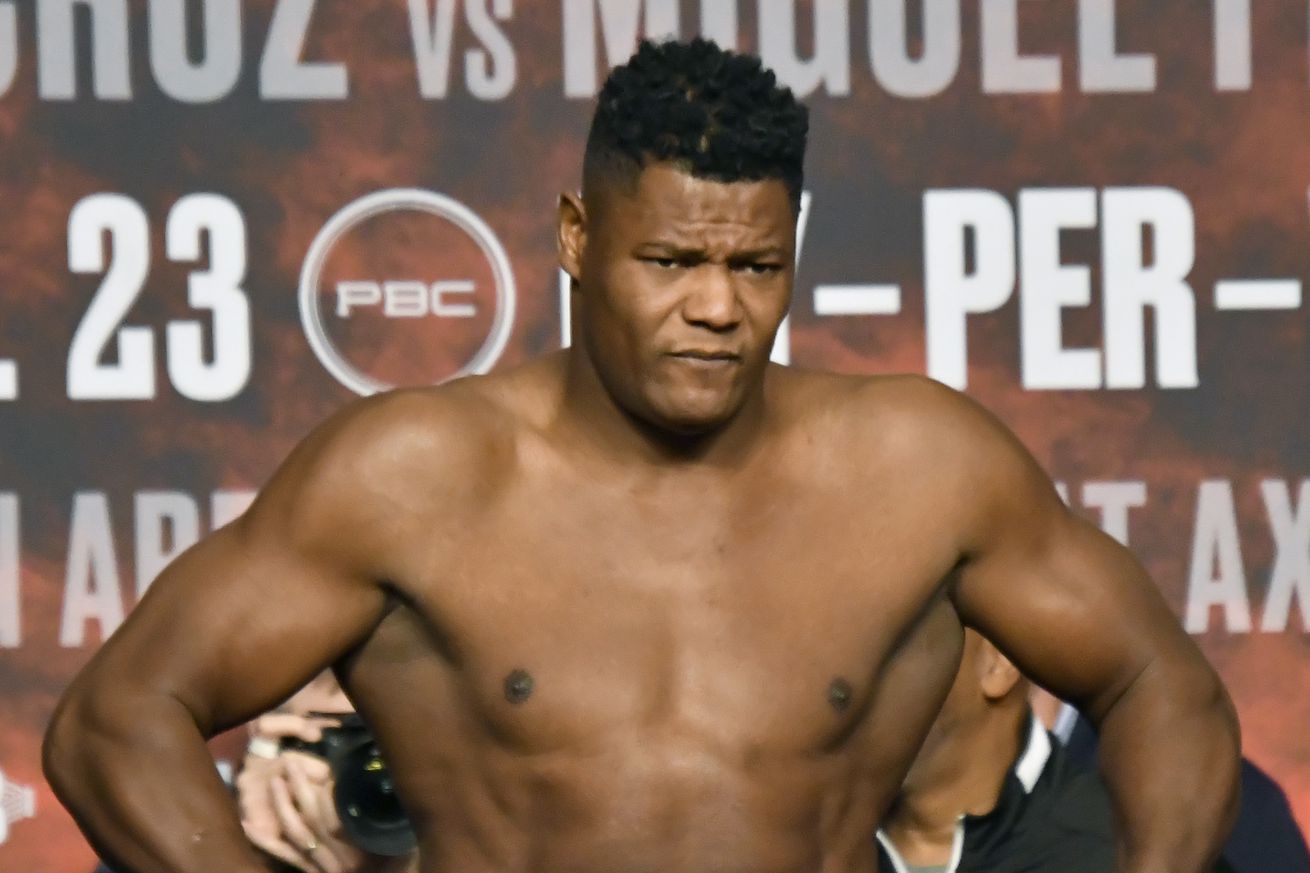 Tonight’s PBC on FOX main event was another stinker for the brand with the biggest natural TV audience in the sport, as Luis Ortiz finished Alexander Flores in just 46 seconds of what was an obvious mismatch on paper and was even more of one in the ring.

Ortiz landed a recorded 3 of 10 punches, but the finisher was a body shot that sent Flores (who landed 0 of 1 punches) to the canvas:

Luis “King Kong” Ortiz ends it in 46 seconds with a body shot pic.twitter.com/SNtzGhpygf

The 41-year-old Ortiz (32-2, 27 KO) still has hopes of becoming Cuba’s first pro heavyweight titleholder, but the best chances have likely passed him by given his age and the fact that the top heavyweights now are really good and a lot younger than him. He got two shots with Deontay Wilder and while competitive both times, he was stopped both times. He’s a top 10 heavyweight still, I really think that, but he might be a placeholder more than anything anymore. We learned nothing in this fight, as it turned out to be an even bigger waste of a FOX main event than anticipated. Ortiz did need to fight someone, but this was really bad matchmaking, even compared to some other bad Ortiz matchmaking over the years.

Frank Sanchez lands a sneaky right uppercut and then pounces on Brian Howard, sending him to canvas for the first time in this fight. #SanchezHoward pic.twitter.com/Pc9jH71bZB

Howard just couldn’t do anything with Sanchez, getting dropped in the third and twice in the fourth. It’s not that he didn’t try, he just didn’t have the tools.

Joey Abell puts jumps on the offensive following a right that sends Coffie into the ropes. #CoffieAbell pic.twitter.com/AiKXldFMwT

Coffie drops Abell in RD2 after Abell is stunned by an injury during their exchange. #CoffieAbell pic.twitter.com/8o7w06Frzp

That wasn’t so much in play here, though. Abell (35-11, 33 KO) was doing well early on, as the 39-year-old Minnesota southpaw vet was landing some shots, but then he appeared to tear his right biceps, and that was it in the second round.

Negron, a 33-year-old Puerto Rican, improves to 22-3 (18 KO) with this win, with Rios dropping to 11-3 (8 KO). Rios is a 35-year-old Mexican-American, born in Tijuana and based in San Diego, and Negron was a big, big, big step up for him, even though Negron is hardly a serious contender.

Negron turned pro back in 2009 fighting around 185 pounds, between light heavyweight and cruiserweight, and when you look at him now — he moved to heavyweight in 2011 — at 245, it’s hard to imagine him ever having weighed that, because it’s not like he’s a little bowling ball guy, he’s 6’6” with an 83-inch reach. He is basically roster filler for PBC, but everyone has and needs roster filler. He’s not boring to watch, that’s all anyone is really asking.