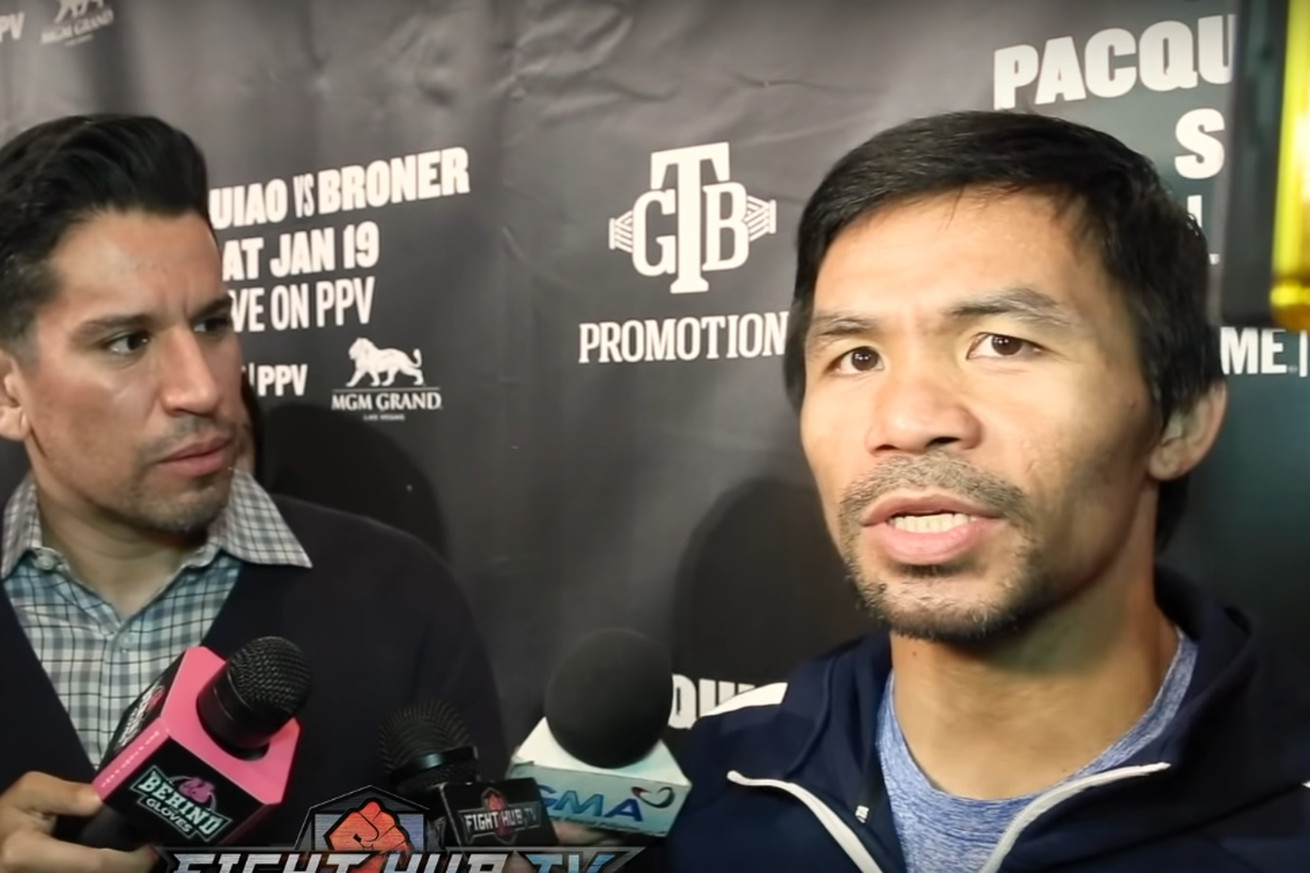 Manny Pacquiao took some time to answer questions from reporters following his final press conference for this weekend’s PPV fight with Adrien Broner. Check out some excerpts below with the full video above…

Pacquiao on how he’s maintained his star power over all these years in the sport:

“I’m so thankful to God for giving me these fans and good health that I have right now. At age of 40 that’s a big blessing from God.

“I’m very surprised [by] the warm welcome of the fans and of course the media, the press, the MGM. It’s nice to be back here at the MGM.”

On how he’s been able to maintain his fitness and conditioning at this age:

“The way I train is — I’m thinking I don’t move like I’m 40-years-old, I work like I’m 25-years old, 26-years-old. That’s what I’m thinking and I’m glad and happy that my body’s responding with that kind of intensity training.”

On if he’s already satisfied with what he’s accomplished in his career:

“Yes, beyond of my dream, what I have accomplished in boxing in my career. What I want right now is just to maintain my name in the top until I’m going to hang up my gloves finally and retire…retire as a winner.”

On if he has a specific goal he still wants to accomplish:

On what are they keys to beating Adrien Broner this weekend:

“My keys to victory is speed, counterpunch, aggressive.”

On if there is a specific future opponent he’s targeting:

“What I’m thinking right now is a lot of fighters want to fight me…So I have to prepare myself and me be ready at all times.”

On if he thinks his relationship with Freddie Roach is stronger now than ever after their brief split:

“Yes, still strong. Freddie Roach never out of Team Pacquiao. It just happened for the last fight, Matthysse fight, that Buboy want to experience being a head trainer and like that. And, you know, we’re working together. We have unity. We understanding each other, Buboy and Freddie, and Team Pacquiao, we’re okay. Nothing to worry about.”

On the rumors that he didn’t want to fight Terence Crawford:

“I’ll tell you this, since before I’m wanting to fight Terence Crawford but I don’t know why they don’t give it to me.”

On Bob Arum claiming that he refused the fight:

“No. I want the fight even before Jeff Horn. Why Jeff Horn and not Terence Crawford?”

On a potential rematch with Floyd Mayweather:

“I’m not gonna talk about the next fight or rematch with Mayweather. That’s easy to discuss after this Saturday fight.

“I’m still here in boxing so if he want to come back, come back and let’s face each other in the ring.”