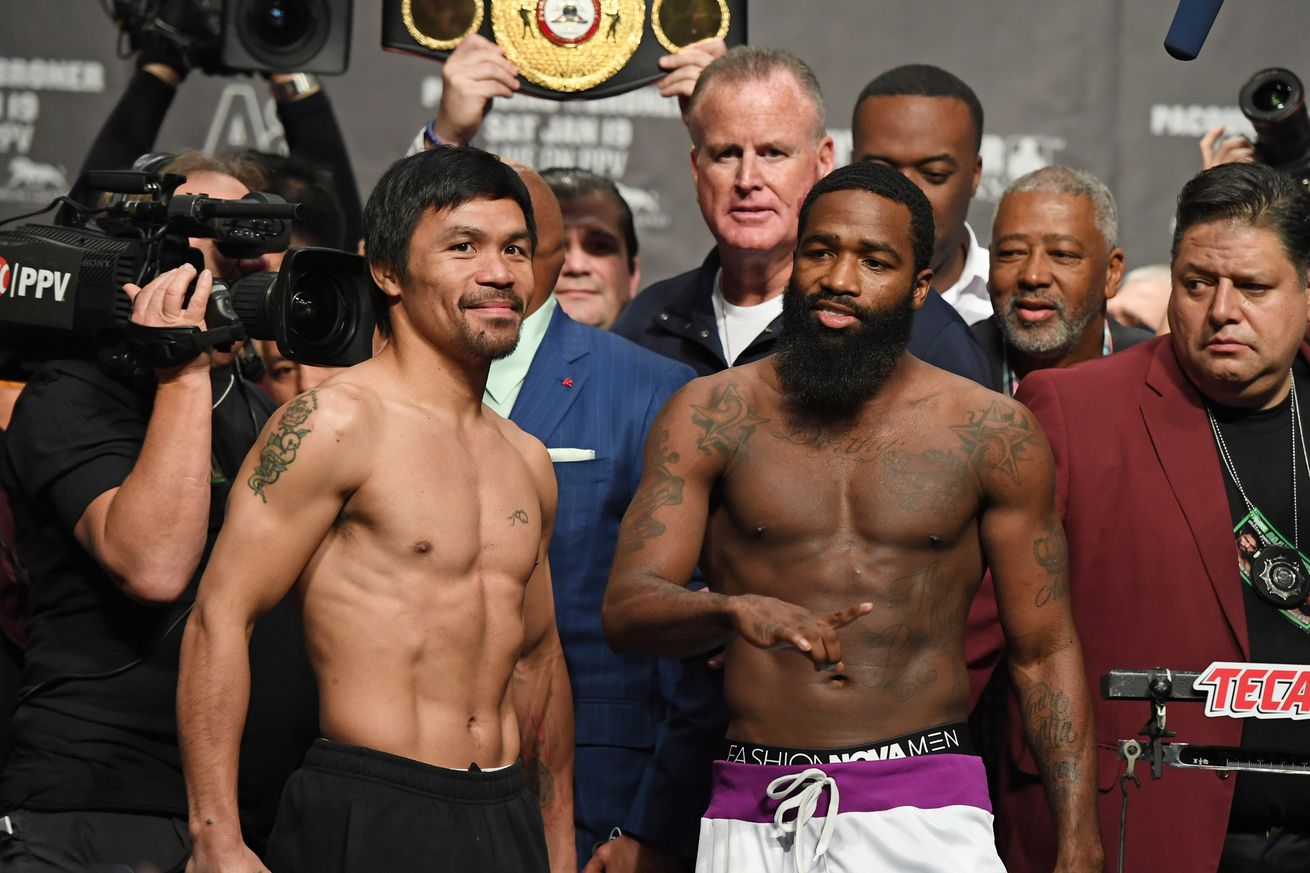 Manny Pacquiao and Adrien Broner are set, but the undercard has a new matchup.

Manny Pacquiao and Adrien Broner both made weight for tomorrow night’s Showtime pay-per-view main event in Las Vegas, but the undercard has seen a change due to one fighter missing weight.