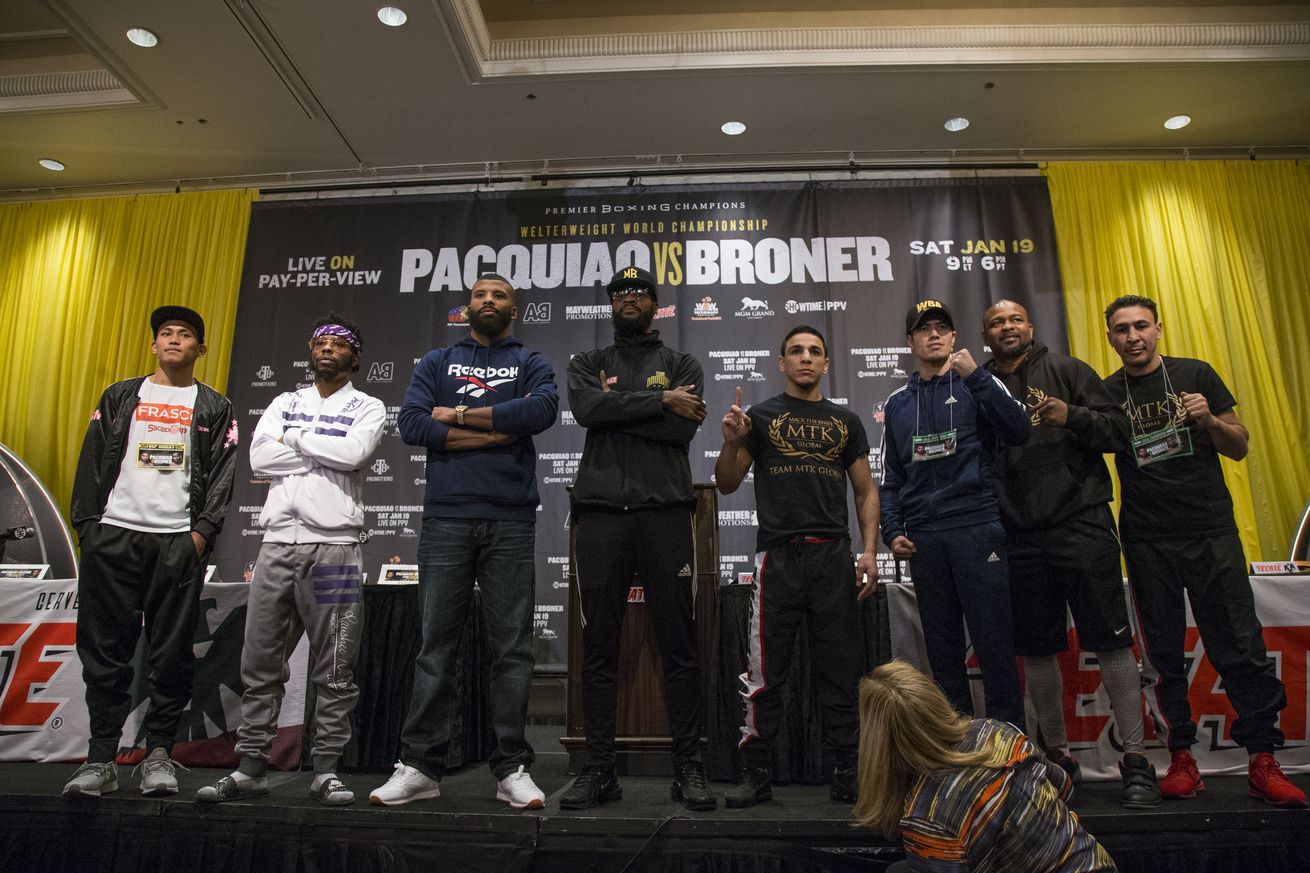 “We had a great camp. As usual, I’ve been in the gym training hard. It’s nothing new to me. I’m on weight and I’m full of energy. I feel blessed.

“Marcus Browne is a young up-and-coming guy. You have to respect everyone who steps into the ring. I’m ready for this challenge.

“On paper Marcus Browne isn’t on the level with the guys who I’ve fought. Who knows? He might be a great champion. But either way, I’m focused on what’s in front of me. If he doesn’t respect this challenge, that might be his downfall.

“Everybody opponent has talked about me and said I’m a basic fighter, but after the fight, they have excuses. I don’t want to hear any excuses after Saturday.

“If Marcus Browne really believes that this is his time, then that will bring the best out of me. I’m not a trash talker, but I’m extremely motivated now. I hope he comes to fight. My prediction is to win and dominate.

“Marcus has never been in this position so I think he’s a little nervous or he doesn’t know how to act. He’s disrespecting world champions and he’s never even won a title.

“I’m dedicating this fight to all of the refugees out there. If you go to badoujackfoundation.org you can find out about the refugee kids that I’m fighting for.”

“My team has sacrificed their holiday to grind it out with me in camp and It’s got me ready for Saturday night. I’m in the best shape of my life physically, spiritually and mentally.

“I have respect for Badou Jack for stepping up to the plate and giving me this opportunity. In boxing you have to fight the guys who are hungry for opportunities and I’m that guy.

“I’m not trying to disrespect anyone he’s fought, but I feel like he hasn’t fought top level guys since moving up to this division. I’m young and hungry and I’m ready to go. I’m a different animal than what he’s seen.

“Hopefully after this fight they’ll say that this kid has something about him. Some pizazz, some sauce that I never seen before. My ideal year is winning this fight and getting on the phone and then discussing future plans.”

“I’m ready man. I’m focused, I’m hungry, I’m ready to get in there, weigh in and do what I have to do. I’m tired of talking. I’ve been put on hold a couple times, but I’m prepared for this moment right now.

“Badou is a strong, smart-headed as a fighter and just disciplined. A win over Badou would give me the respect that I deserve. But I gotta win first, and that’s what I’m here to do.

“I’m ready to go right now. I’ve worked so hard for this moment in my career. He’s fought six world champions in a row, but he hasn’t fought a real light heavyweight like myself. Come Saturday night, we’re going to go wherever we have to go to get this victory. I’m leaving Las Vegas with this win.”

“I had a wonderful training camp. There’s nothing like fighting someone you lost to in the Olympics. I know Roy Jones Jr. felt like that when he got cheated in the Olympics. In this rematch, It’s going to be a way different fight.

“I’ve been in camp for about three months. My coach has seen me overcome different situations in training. I had the toughest sparring I’ve ever had in camp and I want to thank them for getting me to this point.

“Oubaali hasn’t fought anyone like me. Getting in the ring with me is a whole different story than when we met the first time. It’s an honor to get my revenge.

“I’m a different fighter from when I fought for the title the first time. In this fight I’ve picked up something different, which is my jab. I feel like I’m going to control the whole fight with my jab, my speed and my timing.

“In the professional ranks you have to sit down and pick your shot more than you did in the amateurs. When I land that shot, I’m going to put my foot on the gas and finish the job.”

“I’m doing this for everyone who supports me and helped me to this moment. Saturday is a big fight for me to get my first world title.

“To have this fight in Las Vegas makes me very happy. This is the fight capital of the world and it makes it an even more special moment to be here.

“I fought Rau’shee Warren in the amateurs, but I know in the pros it’s totally different. I know that I have progressed even more since I turned pro and am better than when we fought in the Olympics.

“Rau’shee is a good, smart and slick fighter, but I have the strategy for this win. I have the power that he lacks. I’m going to accomplish my American dream.

“I came here to win a world title, not look at the lights. People may not know me now, but after this fight, people will know my name and know I’m a world champion.”

“I’m ready for this fight and I’m thankful to Manny Pacquiao and my team for making this happen. I wish my opponent good luck and I’ll see you in the ring Saturday.

“I’m just excited for Saturday night and I can’t wait to step into the ring and show the world my abilities and what I can do.

“I don’t go into a fight expecting a knockout, but it comes automatically to me. The same thing will happen this Saturday. Knockout win.”

“I have a big responsibility to come and put on a good fight for everyone in the arena and watching on Showtime and all over the world.

“I’m tall enough and strong enough for this weight class and I’m coming to get another knockout on Saturday. I’m more experienced than Tepora and I believe that I know how to start fast and break my opponent down.