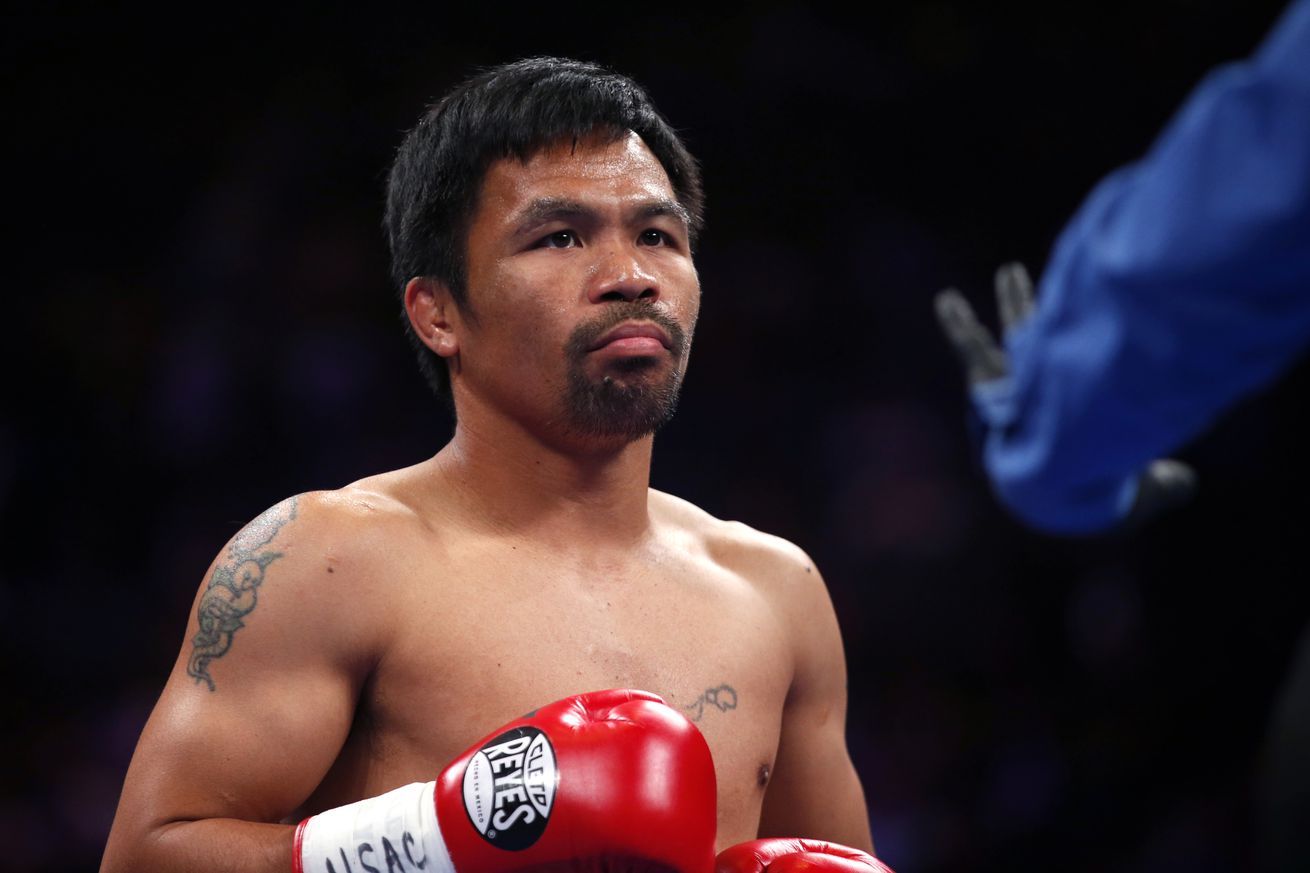 The Filipino legend’s team released a statement today, saying the fight will happen.

When Conor McGregor Tweeted yesterday that his next fight will be against Manny Pacquiao in the Middle East, it was worth noting because it’s a big event if it happens, and they’re both genuine stars. But it could’ve easily just been another McGregor Tweet, the guy says a lot of things.

It’s not, though. Manny Pacquiao’s team have confirmed today that yes, he will be fighting Conor McGregor in 2021, with Manny looking to use the fight to raise money for COVID-19 victims in the Philippines, where he is an active Senator.

“For the sake of all the Filipino COVID-19 victims, Senator Manny Pacquiao will be fighting UFC superstar Conor McGregor next year,” Pacquiao aide Jayke Joson said in a statement. “A huge portion of his earnings will proceed to those who are affected nationwide by the pandemic.”

Pacquiao, who turns 42 in December, hasn’t fought since a win over Keith Thurman in July 2019, and will not be fighting in 2020. The 32-year-old McGregor had one boxing fight in 2017, losing to Floyd Mayweather, and has fought twice in UFC since then, losing to Khabib Nurmagomedov in 2018, and thrashing Donald Cerrone in January of this year.