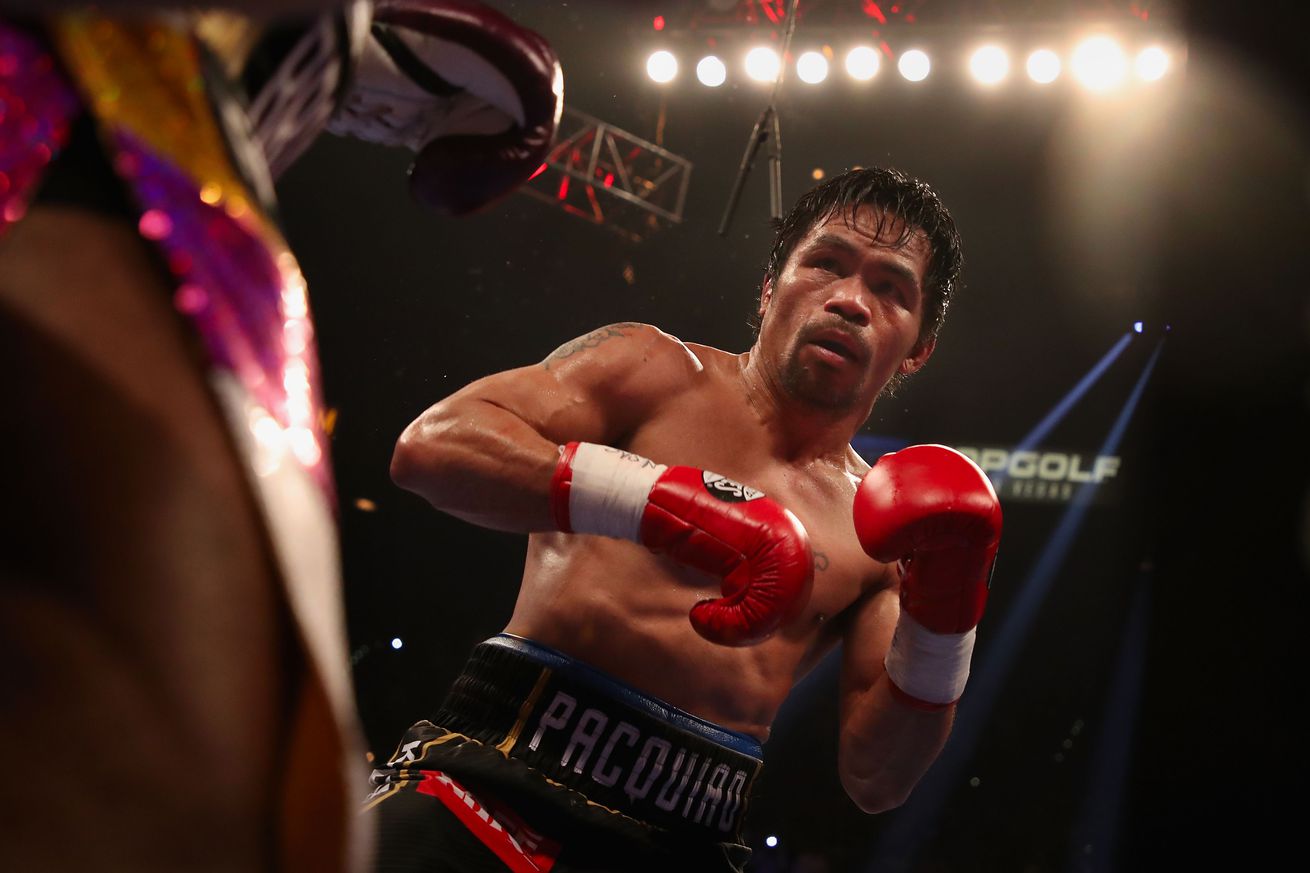 Funnily enough, it turns out Adrien Broner might have landed the most significant punch in his fight with Manny Pacquiao last Saturday. “Pac-Man,” who walked away with a wide unanimous decision victory, reportedly suffered a scratched cornea from a grazing blow during the bout. Though his camp initially feared it could be a detached retina, Pacquiao spokesman Fred Sternburg tells Lance Pugmire that he’s “fine.”

Well, aside from the fact that he got burgled while busy with Broner. This is not the first time.

It’s also not the first time a glove catching an eye wrong has caused issues. UFC legend Randy Couture famously lost his rematch with Vitor Belfort in under a minute due to taking a seam to the peeper.

Pacquiao, for his part, is in attendance for the L.A. Lakers’ game against the Golden State Warriors tonight, as is Floyd Mayweather. I can’t wait for the Kiss Cam.

One thought on “Pacquiao dealing with scratched cornea, burglary”