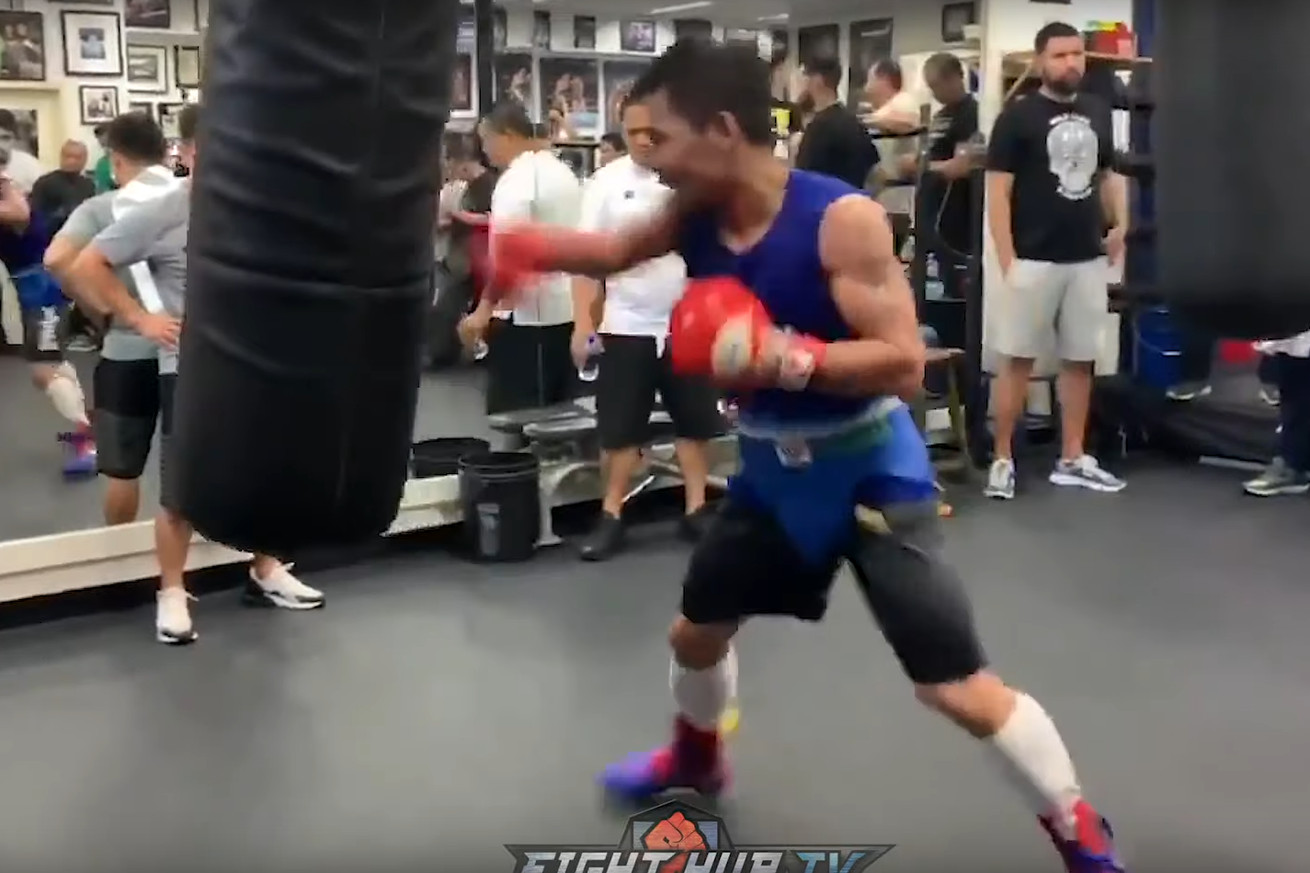 Pacquiao may be 40 now, but his hands haven’t noticeably slowed any.

As Manny Pacquiao’s July 20th fight with Keith Thurman draws closer, our friends at Fight Hub TV were able to catch quick glimpse of Pacquiao in camp, plastering the heavy bag with the same speed and ferocity he’s long been known for.

Obviously now 40-year-old, Pacquiao isn’t the fighter he was a decade ago. They say the legs are the first thing to go in a fighter, and while Pacquiao might not be a mobile as he once was, he does appear to still have some pretty good spring in his step — and his punches look just about as fast and powerful as ever.

Pacquiao’s coaches claim that Thurman has really inspired their fighter to really put on a compelling performance after Thurman threatened to retire the him, but Thurman obviously has his own designs.

We’ll definitely be here to provide you more behind the scenes footage of both fighters in these weeks leading into the fight, but for now here’s a quick look at Pacquiao’s current form.