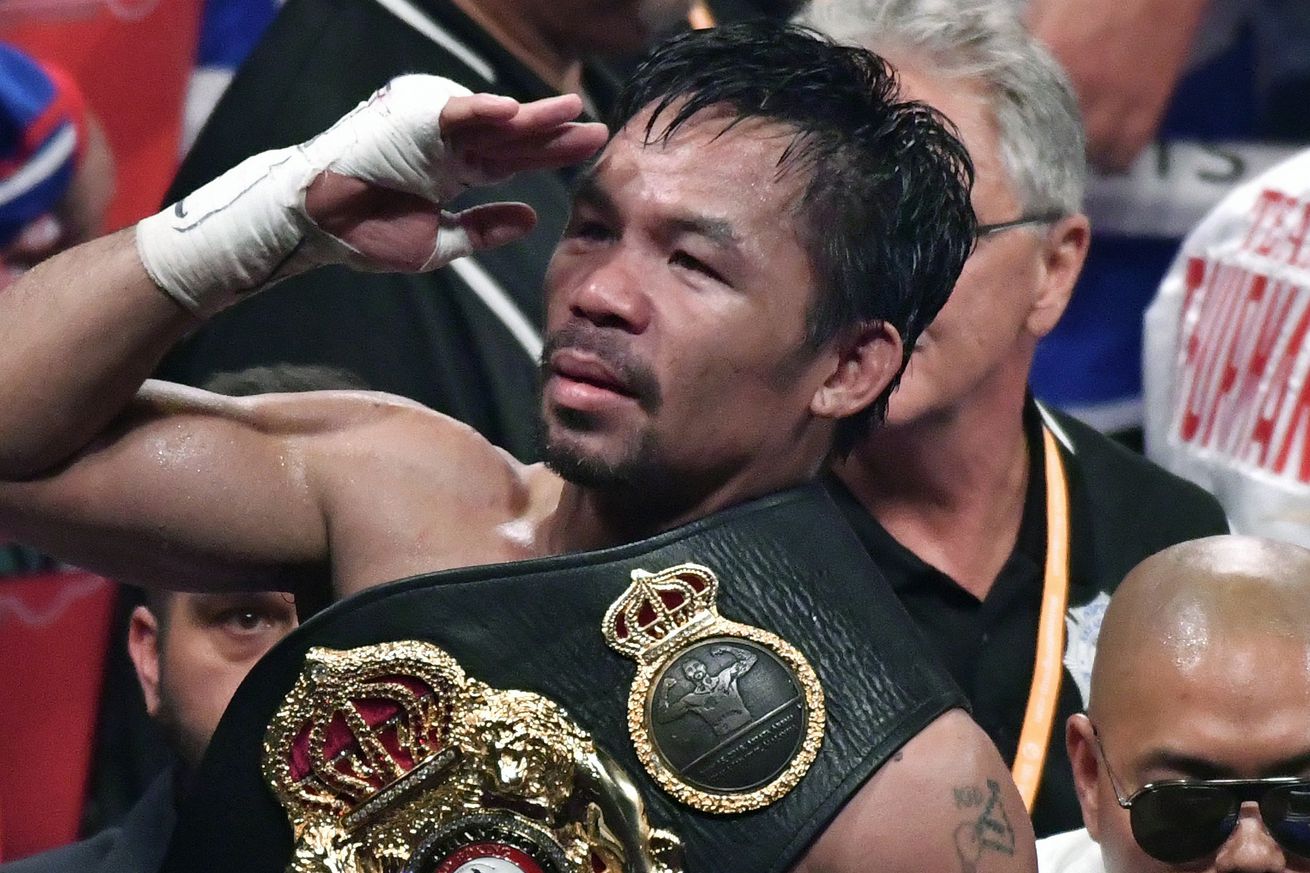 Pacquiao-McGregor seems like it’s moving forward, but Manny does have a demand.

Manny Pacquiao and Conor McGregor appear to be all systems go for a fight in 2021, but before it’s made official, Pacquiao does have one clear term, which is to be co-promoter for the fight through his new company, and he says he’s not with Paradigm, who manage McGregor and at least briefly had Pacquiao signed, too:

“At the present time, I do not have an existing management contract with Paradigm Sports Management. I have formed my own company, Pac Sports and Entertainment, and am more than willing to give the fans what they want: An exciting fight with Conor McGregor under terms and conditions where I am the co-promoter with my company.”

This might seem like a story, but likely isn’t, really. Lots of fighters have “promotional companies” where they are named and listed and announced as co-promoters of the fights. Devin Haney has a promotional company and has for a good while now.

Pacquiao co-trainer Freddie Roach doesn’t know if the fight is happening yet, but says if it does “Pacquiao will have an easier time with McGregor than when he fought Ricky Hatton.” Pacquiao brutally KO’d Hatton in two back in 2009.

So basically that’s your Pacquiao-McGregor minor update that doesn’t mean much.