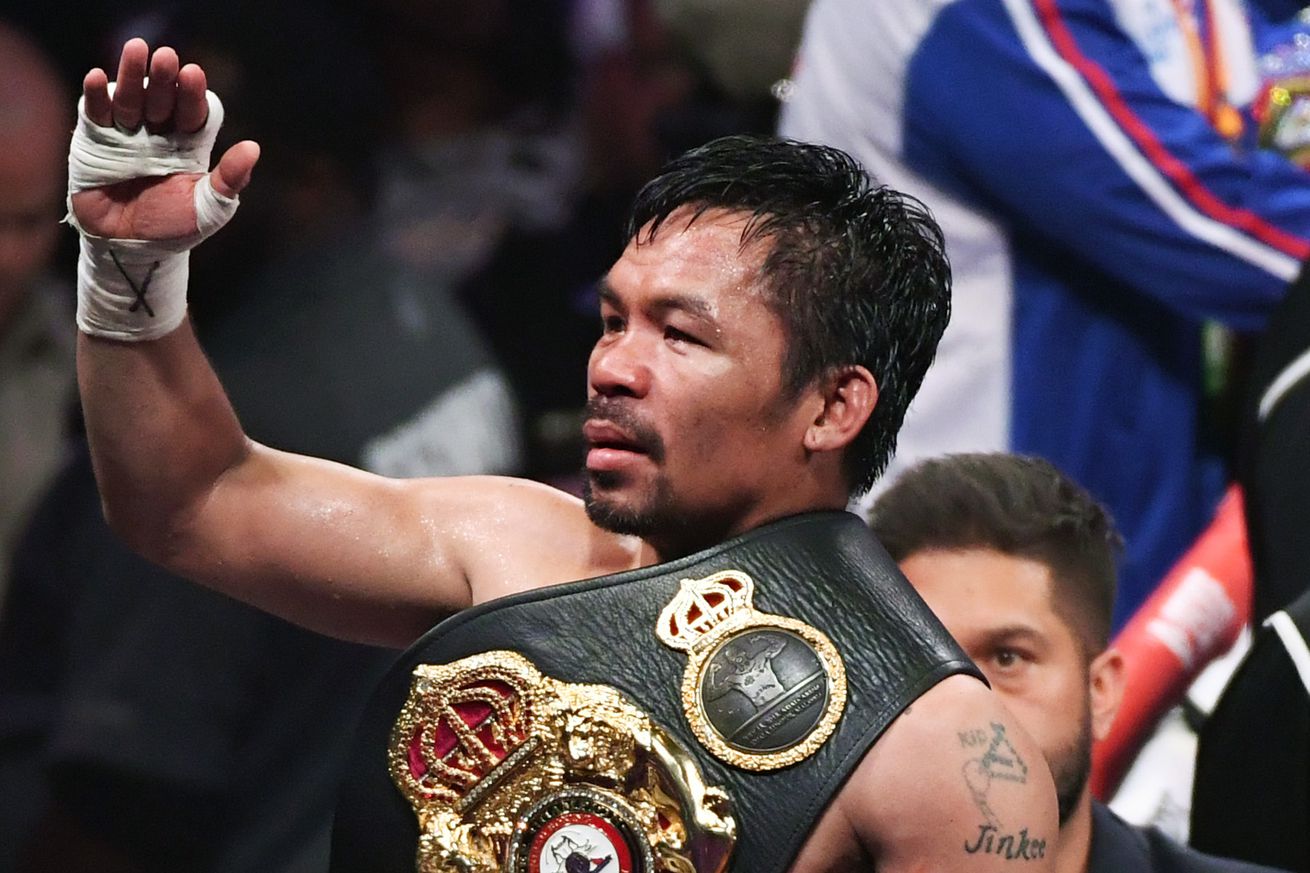 The Filipino legend has taken another step toward making the Conor McGregor fight reality.

With a fight between boxing legend Manny Pacquiao and Conor McGregor seeming very likely — McGregor “announced” it’s happening, and Pacquiao also says it will, though it’s not official official just yet — another step has been taken to making it a reality.

Excited to have officially partnered with @paradigmsports Grateful for the support of my family, team, and fans as I continue my professional boxing journey. Big things coming! Stay tuned!

If this seems like old news, it is, but only kinda. In February, it was announced that Pacquiao had signed with Paradigm, but he recently said he didn’t have an active deal with the company. He now does, obviously.

Pacquiao (61-7-2, 39 KO) turns 42 in December, and is expected to fight the 32-year-old McGregor in 2021. It’s not a fight everyone loves for obvious reasons, but it’s a money fight for both guys and for the people who will be putting it together. It remains to be seen if they work with anyone major to promote the bout, but Pacquiao has a promotional company, and has already insisted on being a co-promoter. That’s not at all unusual, and it also doesn’t mean they might not work with, for instance, Premier Boxing Champions, whom Pacquiao has been with for his last couple of fights. UFC probably would be involved on some level, as well, as McGregor does still have an active contract with them, although he is officially “retired” at the moment (he isn’t retired).