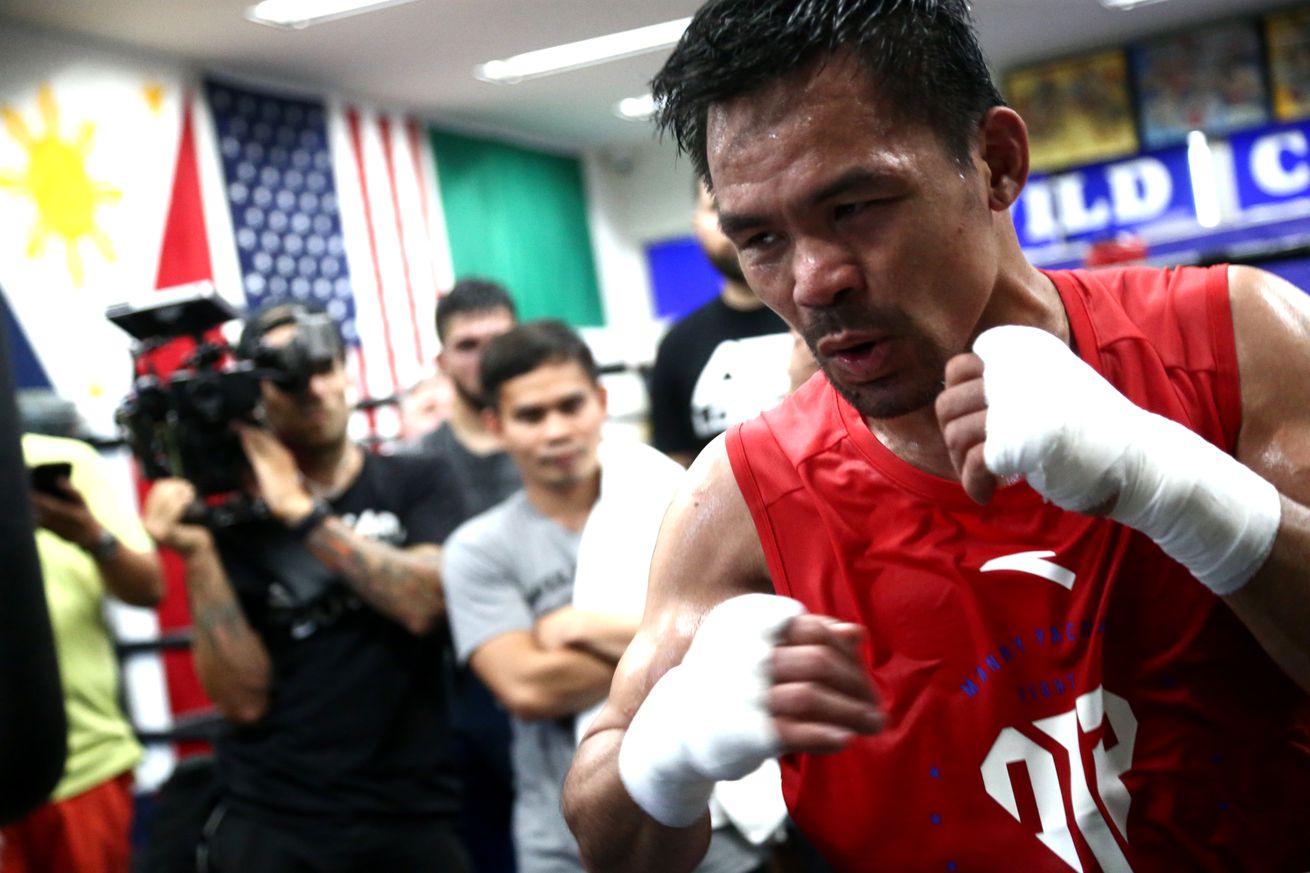 As training camps starts winding down before their July 20th world title fight, Manny Pacquiao is very confident heading into his bout with Keith Thurman, believing it’s a good style matchup for him which should also produce some fireworks.

In the build-up to the fight Thurman has been talking a lot about retiring Pacquiao for good, and while those in Pacquiao’s camp have said that has sort of pissed Pacquiao off, Pacquiao himself just says he’s using it as motivation to prepare himself as best as possible.

“The more Thurman talks, the more it will help me,” said Pacquiao, who cruised to a decision win over Adrien Broner to retain his secondary title in January. “His words are motivating me and encouraging me to work even harder day after day.

”I always feel like I have the ability to beat any fighter out there. I’m still in this sport and I’m planning on a lot more memorable victories. Thurman reminds me the most of Ricky Hatton, of fighters that I’ve faced. Will it be the same result? You never know.”

For his part, Thurman says he believes this fight is history in the making, saying this is the moment for him to prove to the world that not only can he be a great champion but that he’s also capable of beating legends of the sport. And to that end, demonstrating his confidence, Thurman predicts he’ll have Pacquiao out of there in under six rounds.