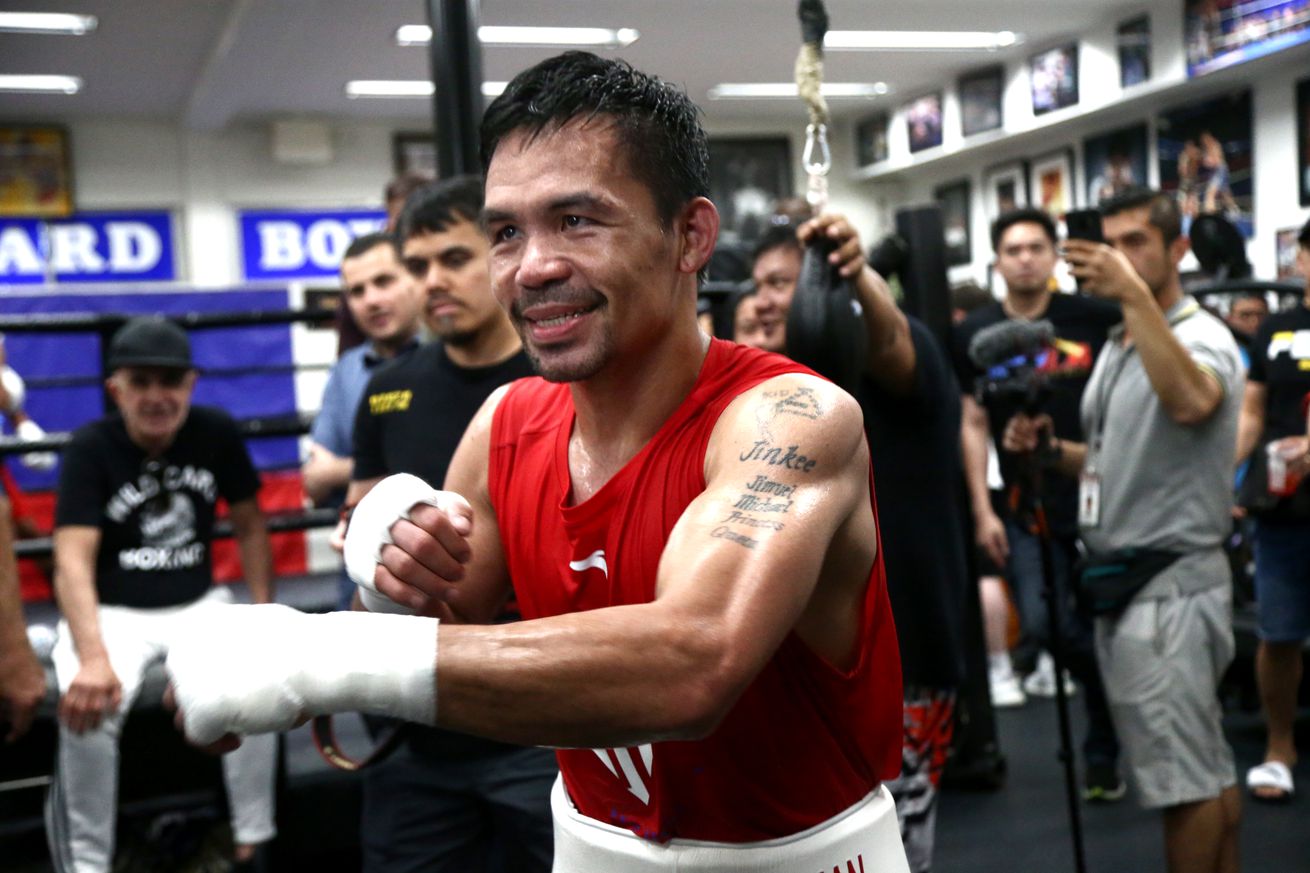 Pacquiao is back in the gym, likely to get ready for a fight with the UFC star.

This past Friday, Conor McGregor Tweeted out that he will be boxing Manny Pacquiao for his next fight, in the Middle East in 2021. The Tweet was rightfully met with some skepticism, as McGregor says a lot of things that wind up not being true, but a day later, Pacquiao’s team confirmed the intention to meet McGregor.

Now, the 41-year-old Pacquiao is back training, at least a little bit:

Just a few days after Conor McGregor said they’d be fighting, @MannyPacquiao has laced the gloves back up

There’s the photo up front, and if you click the right arrow button on that you can see a little bit of Manny on the heavy bag.

This isn’t really what boxing fans want to see from Pacquiao, who will turn 42 in December and currently holds the WBA welterweight title. There are only so many fights left in his career — and frankly, any one of them could be the last one — and there is a lot of talk about his “legacy,” which is a bit silly because his legacy is fully secure, if Conor McGregor knocks him out with a single punch it’s not like Pacquiao (62-7-2, 39 KO) isn’t going to go to the Hall of Fame or whatever.

More reasonably annoying is the first part. Pacquiao’s still a really good fighter. He beat Keith Thurman last year to take the WBA belt. He’s won five of his last six since losing to Floyd Mayweather in 2015, and the one loss, to Jeff Horn, was hugely controversial. He’s won his last three. He can still go, he’s still a top three welterweight.

But, again, there’s a lot of money to be made with a McGregor fight, probably more than Pacquiao’s going to get to fight anyone else any time soon, even Errol Spence Jr or Terence Crawford.