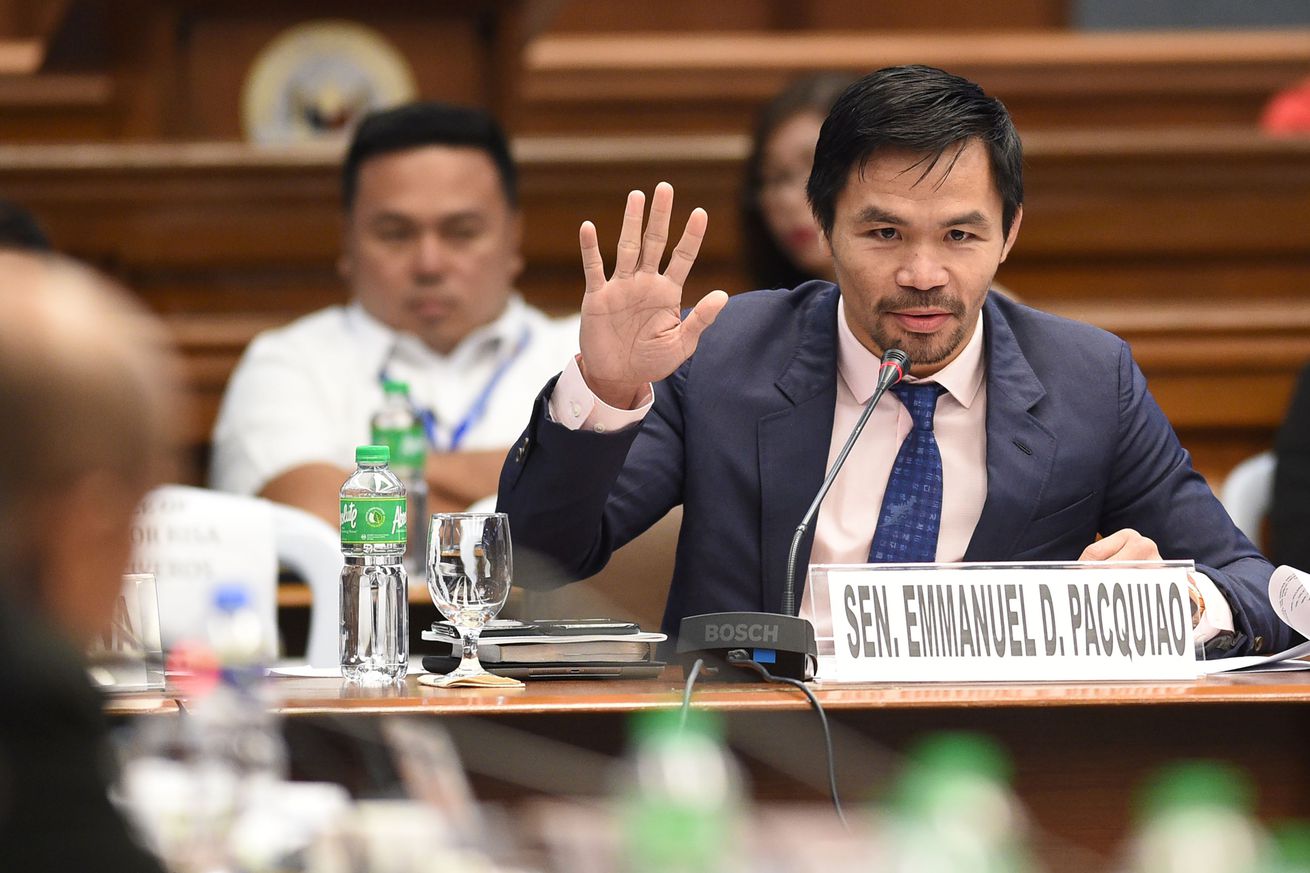 The bill was deemed “urgent” by President Rodrigo Duterte, an ally of Pacquiao’s

While his boxing career remains on ice due to the coronavirus pandemic, Manny Pacquiao’s role as a Senator in his native Philippines is keeping him busy. It’s also putting him in the crosshairs of controversy, as he recently voted for an “anti-terrorism” bill that’s been deemed ripe for exploitation to punish dissidents.

Though Pacquiao and the rest of the Senate placed their votes in February, the final incarnation of the bill only just cleared the House of Representatives. It is championed by President and Pacquiao ally Rodrigo Duterte, a divisive figure who once lamented that he didn’t get to go “first” during a gang rape and whose extrajudicial killing of suspected drug dealers produced a staggering body count.

The Philippines Commission on Human Rights, a number of church leaders, the National Union of People’s Lawyers, Greenpeace, and countless protesters have come out against the bill. Under its provisions, suspected “terrorists” could be surveilled for months and arrested without a warrant and held for up to 24 days, with no compensation for false detainment. Joining a “designated terrorist organization or group” could result in more than a decade of imprisonment.

The hashtag #JunkTerrorBill recently trended at the top of Filipino Twitter.

Pacquiao, who served three terms in the House of Representatives before winning a Senate seat in 2016, has drawn criticism in the past for homophobic statements and his push to expand the death penalty, including a recent call to re-introduce firing squads.