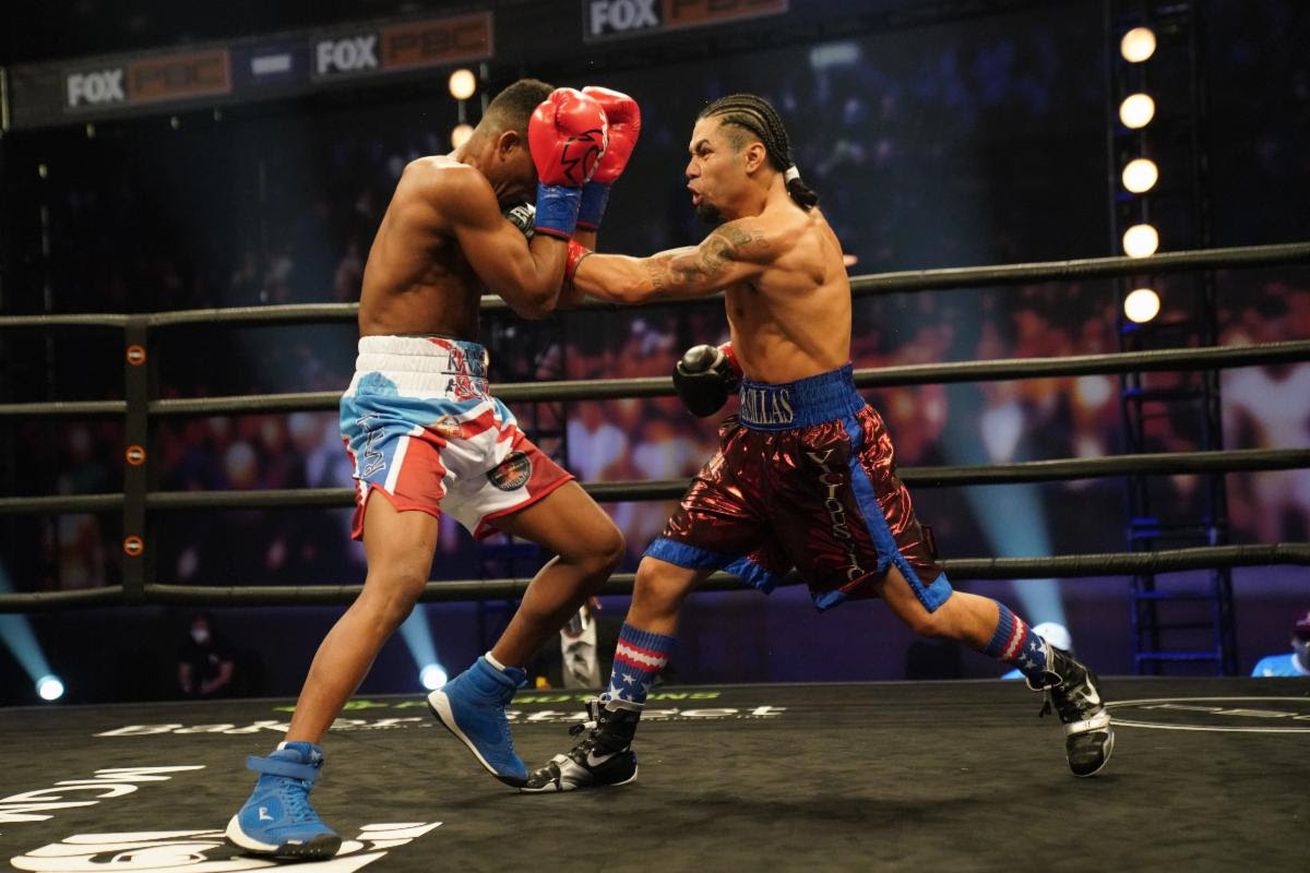 The re-emerging Pasillas wowed everyone in his Wednesday night fight on FS1.

Wednesday night’s Premier Boxing Champions show on FS1 was a quiet affair, a mid-week fight night with guys who are less prospects and more fighters really hoping to break through soon. It was a solidly entertaining show for the most part, with Puerto Rican lightweight Nestor Bravo winning in the main event and Cuban super middleweight Maidel Sando winning the opener.

But it was the middle fight that stole the show, and it was a performance you’ll want to track down if you missed it live.

In that fight, 28-year-old Vic Pasillas, once considered a highly promising prospect, got his career going for real again. Having turned pro with some buzz in 2011, Pasillas’ career was derailed in 2015 due to promotional problems, and he just never was able to capitalize on that potential he’d shown in the amateurs and in his early pro fights.

But he got going again in 2018, and on Wednesday was able to make his PBC debut — and boy, did he make a debut, stopping previously unbeaten Ranfis Encarnacion in the sixth round, when he dropped the Dominican, and a towel mercifully flew in from the corner.

Pasillas couldn’t have done much more than he did. Even if we go with the idea that Encarnacion was untested and maybe just isn’t very good, the degree to which Pasillas (16-0, 9 KO) dominated was eye-popping, the sort of thing you just don’t see very often.

CompuBox had Pasillas landing 181 of 448 (40%) total punches, including a robust 49% (168 of 340) on his power shots. In the fifth round, where he first had Encarnacion in serious trouble, he landed 47 of 74 (64%) of his power punches. He was throwing plenty, and he was crazy accurate — and the shots had some zip on them, too. If anything, Encarnacion deserves respect for staying up as long as he did, because he was getting picked apart.

And that’s just the offense. Defensively, Pasillas did get clipped a few times by Encarnacion, but his movement, accuracy, and attack kept Encarnacion totally befuddled for the most part. Encarnacion landed a meager 26 of 18 (14%) total punches, and 23 of 108 (21%) power shots. Pasillas said after the fight that they’d seen Encarnacion liked to work off of his jab for the most part, and the plan was to shut that down. Given that Encarnacion was 3 for 72 (4%) on jabs, I’d say he was effective on that mission.

“I told myself that I didn’t want the fight to go the distance because I know how important it was for me to look impressive in my PBC debut,” said Pasillas. “When you fight on national television, I feel you must show out and go for the knockout.”

“With this being my televised debut as well, that’s exactly what I did, keeping my knockout steak alive,” he said. “I made a concerted effort to let my hands go and not be boring. Fans can expect me to fight this style every time I step in the ring.”

Greg Hannley, CEO of Prince Ranch Boxing, who manage Pasillas, was thrilled with the fighter’s performance and the response from those who tuned in.

“It was an incredible feeling to see Victor get the exposure with PBC and FOX as he deserves everything that is coming his way,” said Hannley. “He has the talent to become a multiple division world champion, and knowing how hard he works, I can see him in some very big fights right away. Everyone is saying Victor is a star in the making and I agree. We are exploring options for his next opponent and I know it’s going to be big.”

As for that next fight, Pasillas indicated on the broadcast in a post-fight interview that he feels ready for a world title fight at 122 pounds. He fought on Wednesday at 126, and has added that if the opportunities are there, he’s ready to go in either division.

“At age 28, I feel I’m in the prime of my career, ready to fight any of the champions or contenders at (122 or 126), Pasillas continued. “Both of those divisions are loaded with entertaining fights, and I’m ready to jump in headfirst and fight all of them. I know the fans want to see me challenge those guys so let’s see who they put in front of me next.

“I’m hoping it’s a big name. I’m so grateful to the folks at PBC and FOX, as well as my core team, for believing in me. I’m ready to take over.”