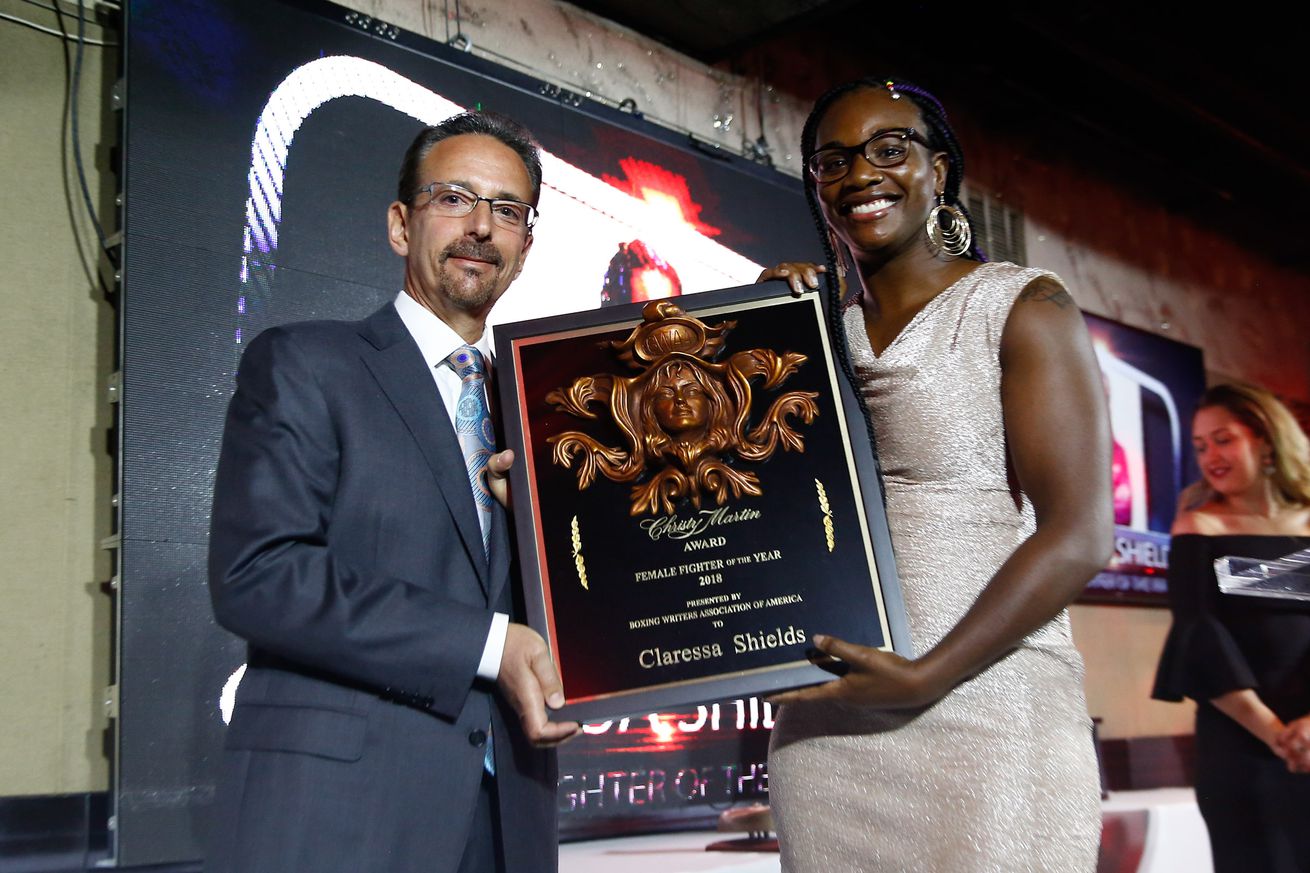 Showtime Sports picked up some hardware at the BWAA awards dinner.

Showtime Sports was well-represented at the BWAA Awards on Friday, with Stephen Espinoza, Claressa Shields, and others receiving recognition.

Claressa Shields took the Christy Martin Award for Female Fighter of the Year. Shields fought twice in 2018 on Showtime, defending her 168-pound titles in January before moving down in weight to become a two-division world champion in June. Shields fought two additional times in 2018 before facing Christina Hammer for the undisputed middleweight world championship in April of 2019.

Last but not least, Jarrett Hurd and Erislandy Lara were honored with the Ali-Frazier Award for Fight of the Year for their instant-classic last April on Showtime. Showtime Championship Boxing Executive Producer David Dinkins Jr. accepted and presented the award on behalf of Hurd and Lara.

Photos from the ceremony: