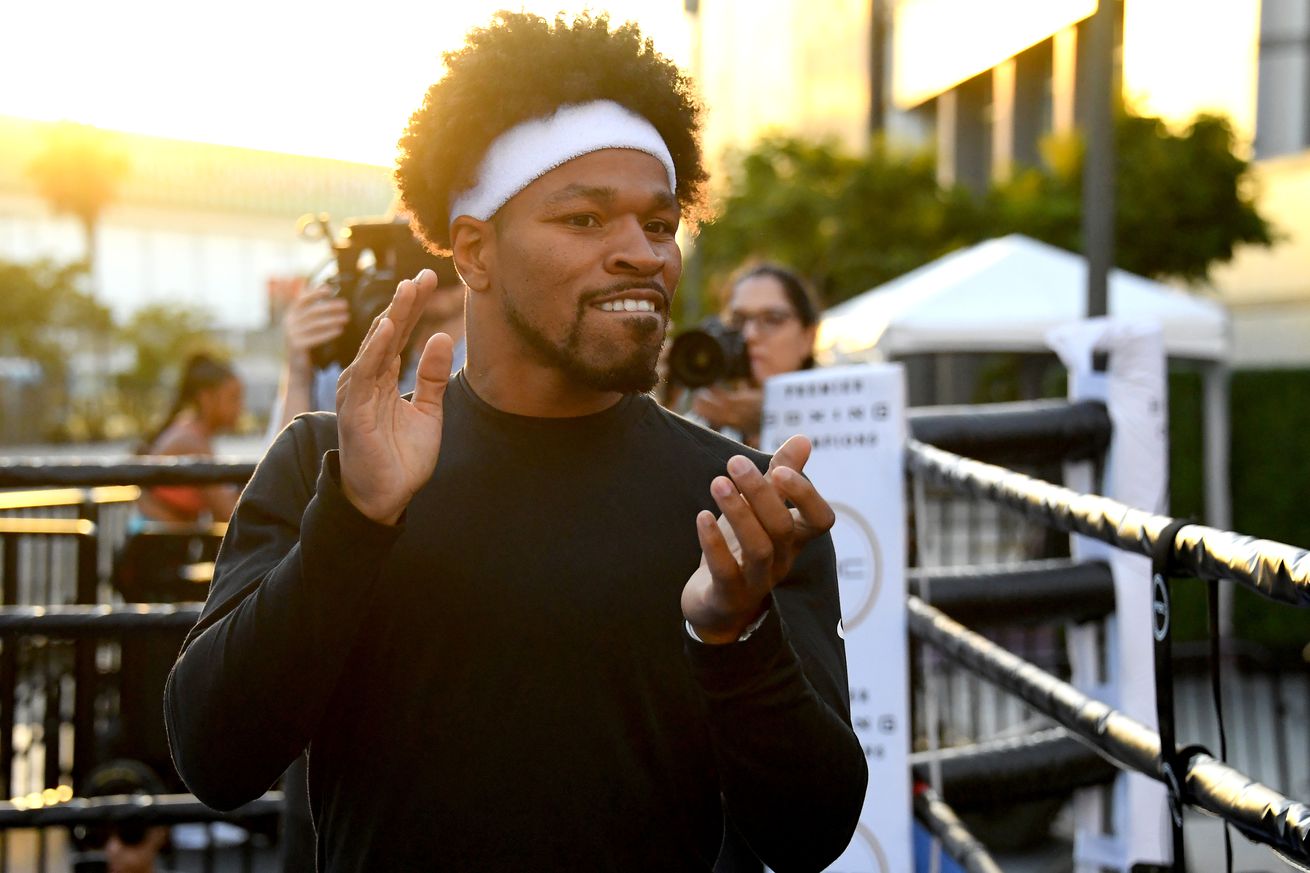 An excited Shawn Porter gives his brief take on the upcoming lightweight unification.

In this video interview with Fight Hub TV, Shawn Porter takes a few minutes to share his thoughts on the big upcoming clash between lightweight titleholders Vasiliy Lomachenko and Teofimo Lopez. Check out what he had to say below…

“That’s gonna be fight of the year. I’m not picking a winner but I’ll break it down, man. I think that Lopez is explosive, I think he’s fast, he’s sharp. I don’t think he’s seen all of it in the ring. And I don’t think he’s biting off more than he can chew, but I do think he might not be all the way ready for a fighter like Lomachenko. But he’s young, he’s vibrant…that’s a dangerous combination.

“I think we know what we’re gonna get from Loma. Loma’s gonna come out and find his rhythm, figure out what’s gonna work, and use it…I think the fight is more complex for Teofimo than it is for Lomachenko.”

On if he would be surprised if Lopez won:

On if Lopez is the most polished young up-and-comer: