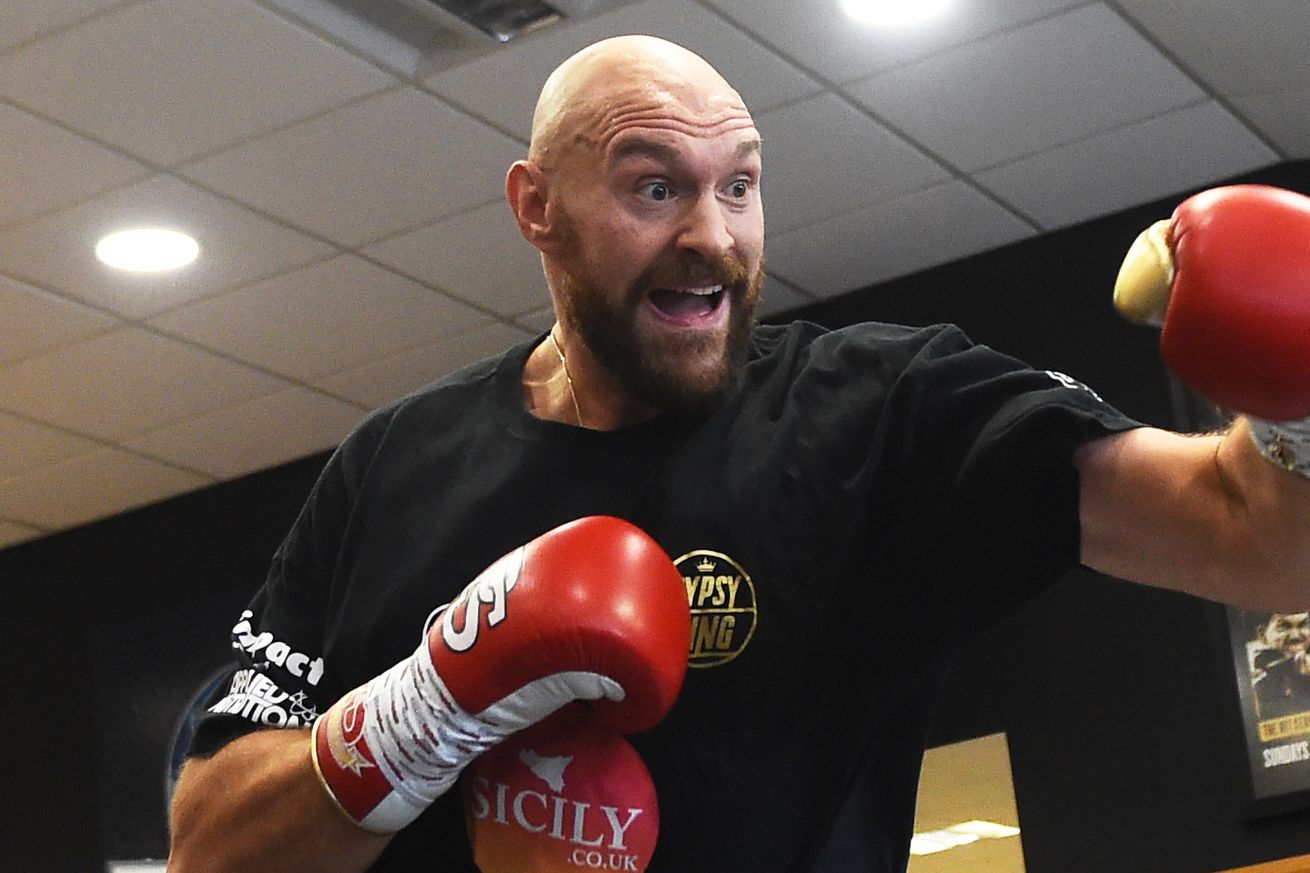 The LINEAL!!! champ says nothing will stop him from fighting by the end of the year.

Tyson Fury, who holds the WBC and LINEAL!!!!!! heavyweight titles, is still saying he will fight in December of this year, in the U.S. or U.K., with or without Deontay Wilder.

Fury seems rather frustrated in a chat with talkSPORT, saying he keeps hearing different things about the contractually obligated trilogy bout with Wilder, which was originally planned for July, then September, then December. The proposed Dec. 19 date is off, as Top Rank and PBC — and perhaps more important, their TV partners at ESPN and FOX — don’t want to go up against a big day and night of football.

“The one thing I want to announce to the world is I will be fighting in December, whether it’s Wilder in Las Vegas, or if it’s Joe Bloggs in England. I want to fight now! I’m ready to go today, tomorrow, next week or the next couple of months. I made it very clear that if we can’t fight in America I want to come back to the UK and do a homecoming, have a fight here in the UK against whoever, I don’t care. With or without a crowd, I don’t care.”

The 30-year-old Fury was last out on Feb. 22, stopping Wilder (42-1-1, 41 KO) in dominant fashion when Wilder’s corner threw the towel in the seventh round. Wilder, 34, exercised the rematch clause just a week later, setting up a third bout between the two.

Fury is calling on WBA/IBF/WBO titleholder Anthony Joshua to “grow a pair” and do the fight everyone wants, but it’s extremely unlikely that Joshua will want to give up any of his belts — which Fury has said he should — and he has a tentative date with IBF mandatory Kubrat Pulev on Dec. 12. Top Rank, who co-promote Fury, also promote Pulev, who has no intention of further delaying the shot he won mandatory right to in Oct. 2018.

If, just for the sake of argument, Fury fights someone other than Wilder in December, here are the top WBC contenders:

The likeliest names here are Rivas (26-1, 18 KO) and Hunter (18-1-1, 12 KO), and the more intriguing matchup is probably Hunter, at least you can sell that with their past bit of hype, with Hunter saying he “beat (Fury) damn near to death in three rounds” in a 2007 amateur bout, which Fury called “bullshit.”