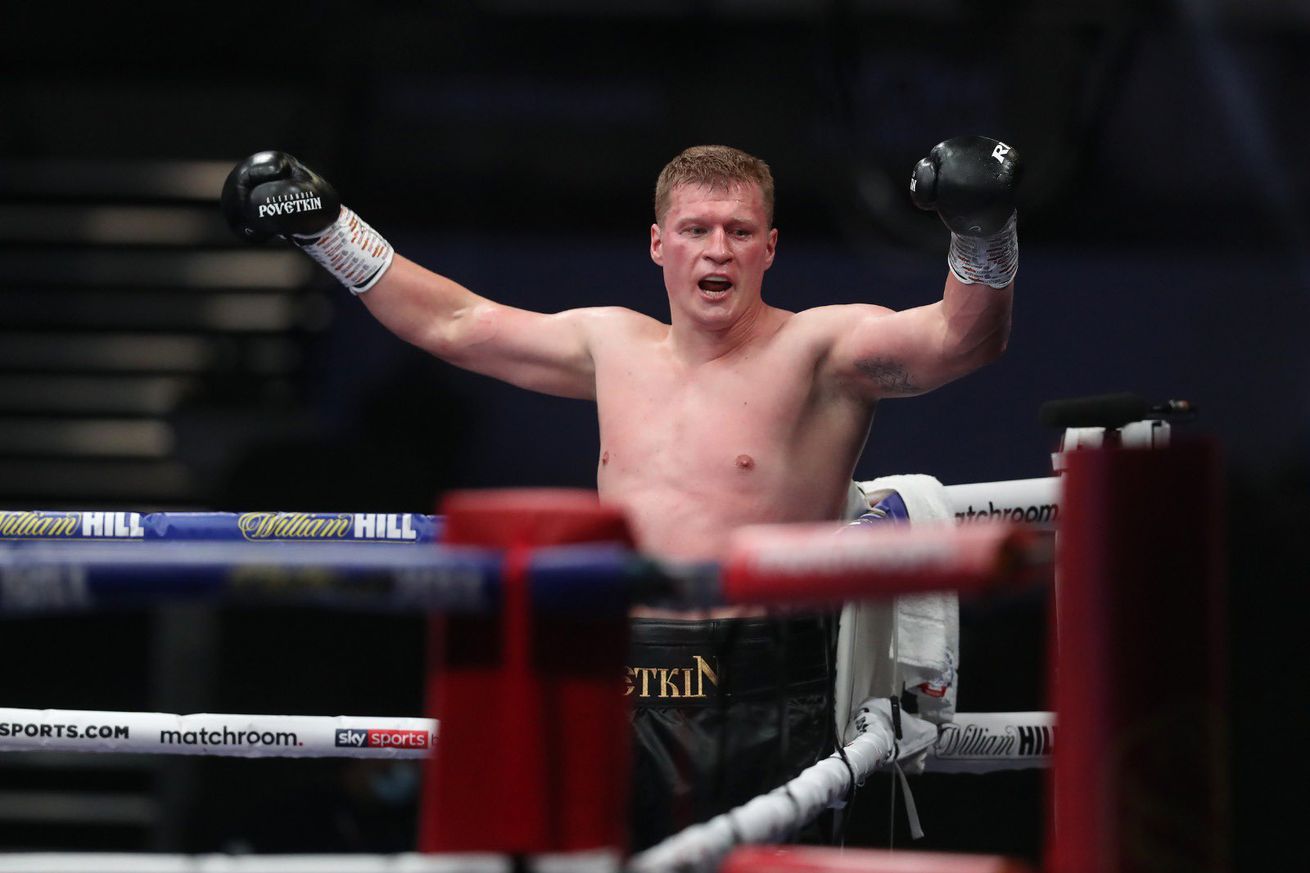 Dillian Whyte was one fight from a world title shot, but Alexander Povetkin ended his dream for the time being.

Alexander Povetkin had other ideas, climbing off the canvas twice in the fourth round to brutally knock Whyte out early in the fifth, ending the championship dreams of Whyte, at least for the time being.

The 40-year-old Povetkin (36-2-1, 25 KO) was noted repeatedly as another dangerous fight for Whyte (27-2, 18 KO) to be taking, but most still expected Whyte to beat the veteran, who is still a solid contender but past his best days. And for a bit, it looked like Whyte, 32, would be too young and strong for the Russian. Whyte dropped Povetkin early in the fourth round on a left hook, and again late in the round on a left uppercut, which was the harder, heavier knockdown.

But just as it seemed Whyte probably had things in hand, Povetkin landed a monster left uppercut early in the fifth round, and Whyte was out before he even hit the ground. Referee Mark Lyson rightly called it immediately, resulting in a fifth round TKO upset win for Alexander Povetkin, who yet again proves he’s still one of the top heavyweights in boxing.

Had Whyte won, he had an order to fight for the WBC heavyweight title, currently held by Tyson Fury, by Feb. 2021. That’s gone now, a gutting result for Whyte but a massive win for Povetkin, who is now the interim WBC champion.

“I didn’t feel I would win like this, but I was pretty confident,” Povetkin said through a translator. “I went down twice, but it was OK. It wasn’t too much damage.”

Matchroom promoter Eddie Hearn was, he admitted, in some shock.

“I can’t quite believe it, to be honest. When the punch landed, I felt like I was in some dream. The fight was over. Povetkin started well, I felt Whyte was just measuring up. I felt in the fourth round it was over, but this is the drama of the sport we love. One punch just completely changed the fight.

“Did he get complacent? Was it just great work by Alexander Povetkin? Unbelievable. It is a shock. He wasn’t that much of an outsider, we knew how dangerous he was, but Dillian Whyte had that fight virtually in the bag. It was just a thrilling knockout on a thrilling night.”

Hearn confirmed that there is a rematch clause, and that Whyte plans to exercise it.