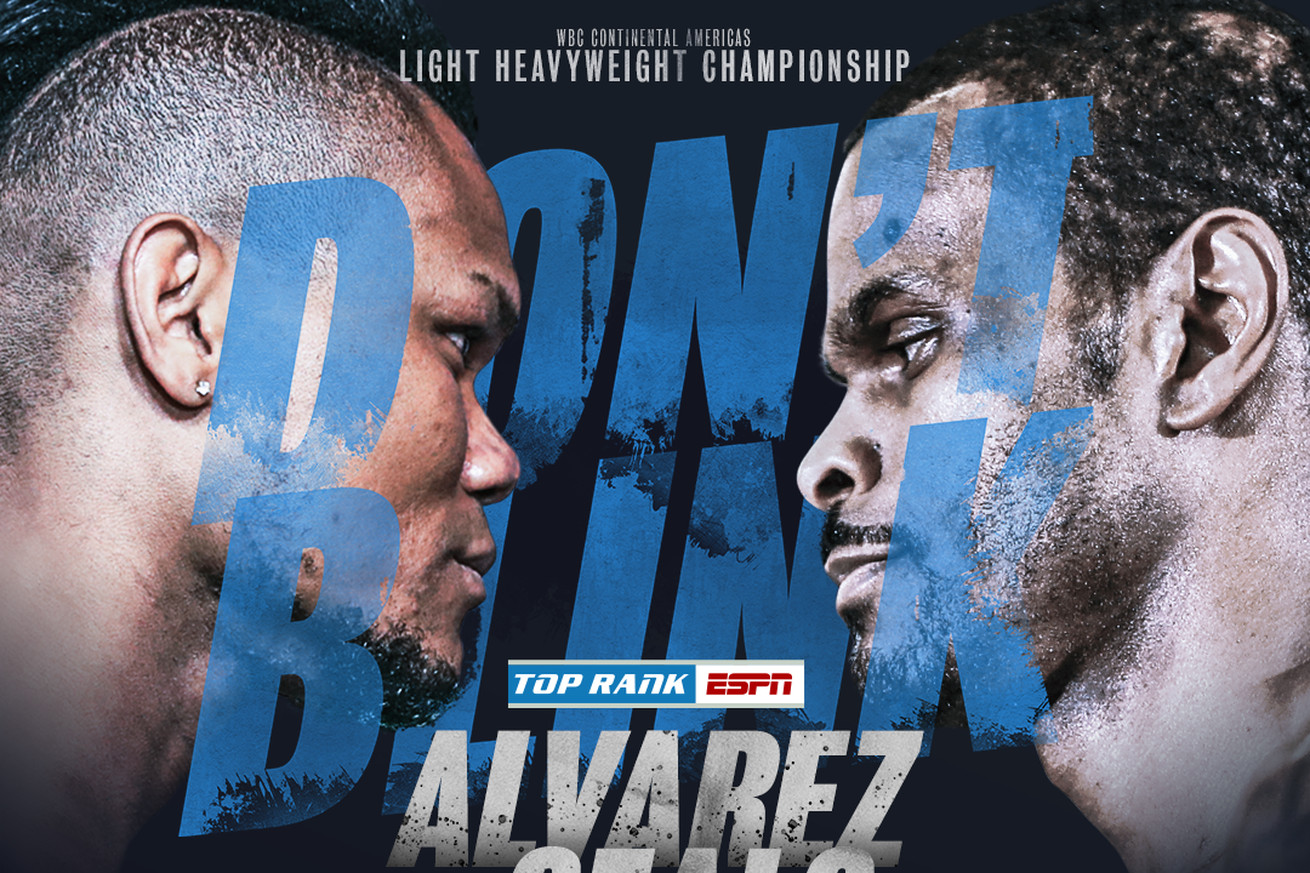 This Saturday’s ESPN main event has “sleeper” written all over it.

When I was putting together a look at the five best fights on the Jan. 2020 boxing schedule, it was easy to name the top two. Daniel Roman vs Murodjon Akhmadaliev stood out as the clear No. 1, and because it’s a competitively-matched world title fight, the bout between media rivals Tevin Farmer and Joseph Diaz Jr took the second slot pretty easily, too.

But the other three? Well, January is never one of boxing’s best months, so it took some thinking. Jesse Hart vs Joe Smith Jr, that was my No. 3 pick. The fight wound up a bit less dramatic than hoped last weekend, but we still got what most considered an upset with Smith battering Hart for most of the evening.

At No. 4 I went with a well-matched 122-pound bout coming Jan. 25 on Showtime between Stephen Fulton and Arnold Khegai. That one’s flying under the radar for most, I’m guessing, and so is my No. 5 pick, coming this Saturday night on ESPN when Eleider Alvarez returns to face Michael Seals in Verona, New York.

As I said a couple weeks ago, I think there’s real potential in this match.

Alvarez, the fight’s A-side, is a former titleholder, upsetting Sergey Kovalev in Aug. 2018 to win the WBO light heavyweight belt in Atlantic City in an HBO main event. With everyone knowing but not quite saying yet that HBO was going out of business, talk of a rematch was a bit complicated. HBO had the right to match any offer, but everyone knew HBO was done and weren’t going to match anything.

So Top Rank and ESPN stepped in, hosting the rematch in Feb. 2019 on Super Bowl weekend from Dallas Cowboys complex in Frisco, Texas. It had to be seen if Alvarez could repeat, but quite a few expected he might, seeing Kovalev as potentially washed up, unstable in his career; maybe time had gotten the best of the Russian “Krusher.”

Instead, it was Alvarez who looked rudderless in the second bout. Kovalev adapted with a new trainer and outboxed Alvarez (24-1, 12 KO) for a full 12 rounds, with the Colombian-Canadian seemingly unable to get out of first gear.

It was, to say the very least, a disappointing outing for Alvarez. He’d so long been knocking on the door of a title shot, albeit rather lightly; he never seemed all that keen to force his mandatory shot at then-WBC titleholder Adonis Stevenson, stepping aside repeatedly, and even turned down an order to face Oleksandr Gvozdyk for an interim WBC belt.

Alvarez has long been a mysterious sort of fighter, in and out of the ring. On the rare occasions that he actually pushes an aggressive pace, Alvarez looks like a bigger puncher than his KO percentage would make you think. But more often than not, he has seemed content to cruise, which on occasion can make a fight a closer call than it should have been, notably in majority decision wins over Isaac Chilemba and Jean Pascal in 2015 and 2017.

Now 35, Alvarez is looking to bounce back from his first pro loss after nearly a year out of the ring. And Michael Seals will be waiting in the other corner.

There are no photos of Michael Seals in our Getty or USA Today libraries. Nothing he’s done, it seems, has been covered by a photographer from either agency. And considering he’s 37 with a pair of defeats on his record (24-2, 18 KO), you might write him off there.

But hear me out, or at least consider hearing me out.

Seals, born in Alabama and now living in Georgia, may not have any notable wins at all — he doesn’t, to be clear, there’s not any interpretation to be made here — but he’s someone who absolutely should be expected to come out guns blazing on Saturday.

The biggest opportunity of Seals’ pro career came a little over four years ago, in Nov. 2015, when he was matched against Edwin Rodriguez on a PBC card in Biloxi, Mississippi. That’s back when PBC still had cards on Spike, and Lou DiBella was still the promoter of record on most of their shows. So, yes, it was a while ago.

Maybe you didn’t see that fight. Maybe you’ve never even really heard about it. If not, here it is, the whole thing:

It’s a three-round war, all action from start to finish, both guys throwing bombs and going for it all constantly. Rodriguez got the better of it, but it easily could’ve gone the other way, given how they were fighting. They each threw caution to the wind, and Rodriguez got his hand raised.

Seals took another loss in 2018, but it was a disqualification in Tuscaloosa, Alabama, against journeyman Michael Gbenga, where Seals was disqualified for a downed Gbenga in round two. It happens. Not often, but it happens. Seals then took a pair of fights in the Dominican Republic in Sept. 2018. On the 17th, he won a four-round light heavyweight bout. Five days later, he’s recorded as weighing in 30 pounds heavier and scoring a first round TKO in another bout.

In 2019, Seals came back to the States iwth his career, beating Christopher Brooker and Elio Heraldo Trosch on a pair of Top Rank undercards. Not marquee wins, but Top Rank clearly had some ideas about using Seals in a bigger fight if he could win a couple.

And now that day is here. If you go search for a photo of him, you’ll notice Seals has the constant look of a villain — sharp eyes, sharp facial hair, sharp eyebrows, one seemingly always a bit cocked. He fights the way he looks, seriously and ferociously. And that’s not just in posed publicity photos, either. He looks like that all the time in the ring, too.

He’s also a big light heavyweight, standing 6’3” with an 80-inch reach. That will give him some advantages against Alvarez, who is measured at 6’0” with a 76-inch reach. There’s really no doubt that Alvarez is the more polished boxer, and as mentioned before, when Alvarez decides to step on the gas, he actually tends to fight quite well.

So if Seals comes out gunning, which he probably will, Alvarez may respond well in a firefight. But it could also be something that gives Seals the edge; Alvarez’ aggression in the past has never really been a reaction, but a choice against opponents where he either wasn’t fearing what could come back (we saw this against Lucian Bute) or he was kind of in a hole and needed to get after it (first fight with Kovalev).

I’m not promising this will be a Fight of the Year or anything crazy, I’m just saying maybe don’t sleep on this one. There might be more to this fight than the BoxRec pages can tell you.