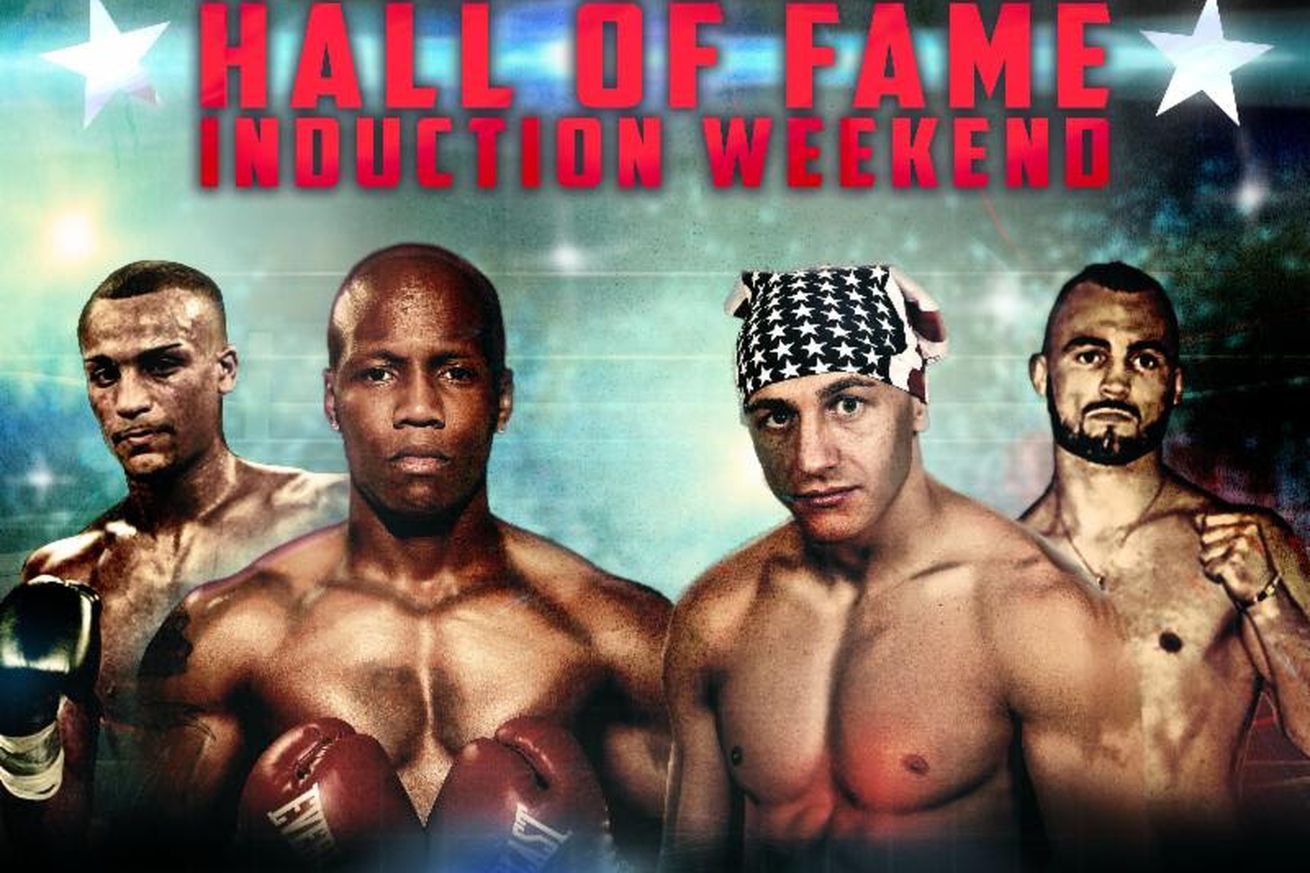 Zab Judah returns at 41 against all-action brawler Cletus Seldin this Friday on FITE.

Nothing’s on the line other than pride and future opportunity, but that’s plenty. Judah (44-9, 30 KO) has held world titles at 140 and 147 in his career, and is looking to get back into the mix at 140. Seldin (23-1, 19 KO) is an entertaining brawler who will have a chance to not only throw himself into a title shot conversation, but also possibly retire Zab Judah, and considering Judah has a real good shot at going to the Hall of Fame down the line, that’s a feather in anyone’s cap, something to tell the grandkids.

How did Zab Judah get here?

Well, this could take forever if we really went piece-by-piece over Zab’s career, because Judah turned pro in 1996, when I was but a chubby pubescent and many of you weren’t even born, as ludicrous as this may seem to me.

Now 41, Judah’s career has been long, decorated, and at times downright weird. He was a good amateur, winning the 1996 PAL National Championship, but he lost to David Diaz in the Olympic trials and didn’t go to Atlanta 1996, instead turning pro at 18 that September.

Judah ran his record up to 15-0 before facing Micky Ward in June 1998. To give you some perspective as to how long Judah’s been in the pro game, Ward was still four years away from his career-ending, career-defining trilogy with Arturo Gatti. In 1998, Micky was just a tough veteran fighter. The first part of his career, which began in 1985, had ended in 1991 after four straight losses. But Ward came back in 1994, went on a run, and got an IBF title shot in 1997 against Vince Phillips, who stopped him in three on a cut.

Judah won a wide decision over Ward, a really impressive showing for where he was in his career. He beat former title challenger Darryl Tyson four months later, racked up a few more wins, and then in Feb. 2000, got his first crack at a world title, where he beat Jan Piet Bergman for the vacant IBF belt at 140 pounds.

So that’s how Judah started. Let’s speed through the rest of his career, because frankly most if not all of it was so long ago that we’re hardly talking about the same fighter anymore.

It’s been a wild, eventful, and colorful ride for Zab Judah. He’s won six world titles in two divisions, had a ton of high-level fights, got shouted out in the Wu-Tang song “Uzi (Pinky Ring),” and win or lose, you can say honestly that he’s never been boring.

How did Cletus Seldin get here?

Seldin, 32, is a hard-working, hard-punching, lunch pail kind of a fighter. He turned pro back in July 2011 in Florida, but has fought most of his career in New York — of his 25 pro fights, 20 have been in New York, and 16 of those have been at the Paramount Theater in Huntington, which is also where Chris Algieri built his career.

While Algieri is something of a technician and a boxer first, Seldin is pure brawler. He built his name locally on being reliably exciting, and after running his record up to 20-0, he got a shot on HBO against Roberto Ortiz in Nov. 2017.

Seldin made quite an impression that night at the Nassau Coliseum in Uniondale, thrashing Ortiz and stopping him in the third round.

Looking to strike while the iron was hot, Seldin accepted another HBO slot just a month later, matched with Yves Ulysse Jr in Laval, Quebec. Ulysse embarrassed Seldin, frankly, frustrating him by not standing still and letting Seldin brawl away, as Seldin prefers.

Seldin was dropped in the first, second, and third rounds, and from there Ulysse just boxed his ears off en route to a wide 10-round decision.

After that, Seldin took 11 months off before returning in Oklahoma City, knocking out Nelson Lara in 26 seconds, and he last fought on Jan. 26 in Connecticut, knocking out Adam Mate in 48 seconds.

Judah has always been better at 140 than 147, and as long as he can still make the weight, that’s something in his favor on Saturday, but it’s worth noting he hasn’t actually hit 140 on the scales for a fight since April 2013, so six years ago.

Comparing résumés between the two is probably pointless. Judah has obviously fought the better competition — he’s been in with Mayweather, Tszyu, Cotto, Spinks, Clottey, Danny Garcia, Khan, Malignaggi, Matthysse, and other good fighters over the years. Seldin, meanwhile, has fought Yves Ulysse Jr, a fringe contender at 140, and it didn’t go well.

But Judah also hasn’t fought anyone with a pulse in five-and-a-half years, and he hasn’t beaten anyone with one in over seven years. He’s 41 years old. Stylistically, the Zab Judah of prime years would wipe the floor with Seldin. The Zab Judah of 2011-13 might, too. But it’s 2019. This is, for all intents and purposes, the first time Zab Judah’s had a fight with a real opponent in over half a decade. At this stage of his career, combining his age and his time off and the amount of time since his last legit fight, it’s all guesswork with him.

No odds listed right now, and I’d be hard pressed to say there really should be a serious favorite here, for the reasons just discussed. While we know exactly what Seldin is for better or worse, we have no idea what Judah is in 2019.

No staff picks for this one, and while usually I’d throw in a pick here to make up for that, I really don’t know what to call for this fight. Seldin’s extremely limited, but Judah has been out of the spotlight for a long time. This is a total shot in the dark, but I’ll say Zab does beat him. That said, if Judah is rusty (a real risk), significantly slower than he used to be (a real risk), or just plain gets too close and gets caught, Seldin is dangerous.

Bad Left Hook will have live coverage of Judah vs Seldin on Friday, June 7, starting at 8:00 pm ET on FITE