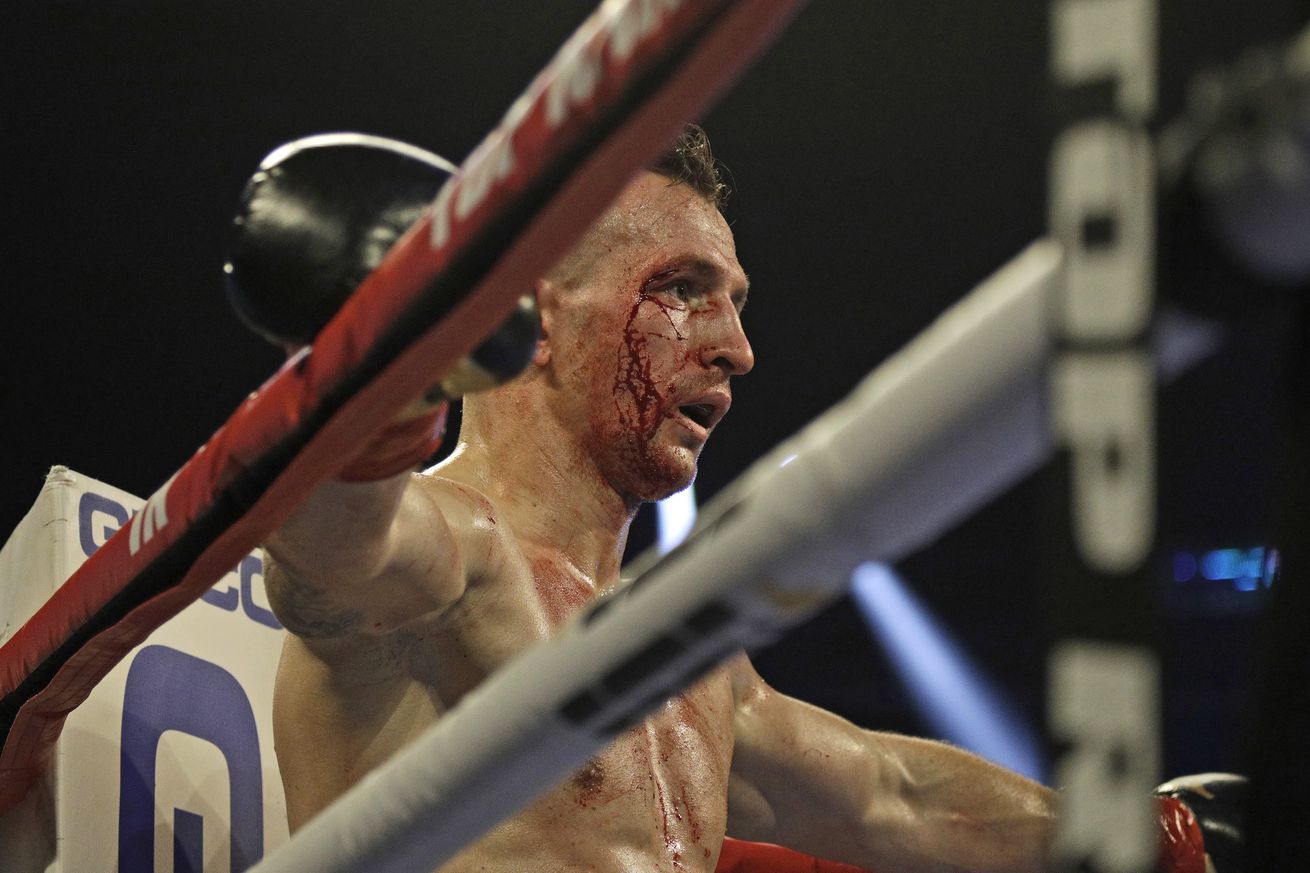 Kavaliauskas looks to establish his level in the welterweight division on Saturday night.

This Saturday night on ESPN+ (7:30 pm ET), Top Rank Boxing is back with a welterweight main event from “The Bubble” in Las Vegas, as Egidijus “Mean Machine” Kavaliauskas takes on Mikael Zewski in a 10-round bout.

The 32-year-old Kavaliauskas (21-1-1, 17 KO) is 0-1-1 in his last two bouts, a Mar. 2019 draw with Ray Robinson and a Dec. 2019 loss to Terence Crawford in a WBO title bout, but the Lithuanian generally makes for pretty good TV, too, and while this is certainly no blockbuster fight, it could be worth tuning in to see.

Kavaliauskas is known for his aggressive style, which you could even see on display when he was fighting at the Olympics in 2008 and 2012. But he does have that legitimate amateur background, too, and was a bronze medalist at the 2011 World Championships. He’s not a crude aggressor, but really a pretty smart one.

That said, he can also be shut down fairly effectively, but it takes a certain level or at least certain style of fighter to do that. He didn’t at all embarrass himself last year against Crawford, though he was stopped in the ninth by a world-class, elite-tier opponent. “Bud” was able to figure him out, but Kavaliauskas fought as he should have, which is to say fearlessly and though he had nothing to lose, because he really didn’t. Nobody expected him to win the fight, so even nicking a round or two against Crawford and bringing a legitimate fight to the defending titlist meant he put in the legitimate effort, rather than just rolling over and collecting a check. That’s also why he got stopped; if he hadn’t tried so hard, he might well have made it a full 12.

In the draw with Robinson, we saw that Kavaliauskas can certainly be neutralized, and Robinson is a really good spoiler. Robinson would go on to a similar effort less than three months later, taking hyped UK prospect Josh Kelly to a 10-round draw, too, employing a lot of the same tactics. Robinson has never become a serious contender, but he can fluster the absolute hell out of opponents. A lot of good and even great fighters have run into a Ray Robinson sort over the years, the kind of guy it can be really, really hard to look good against, even if they don’t quite have the tools to emerge as a top player.

The 31-year-old Zewski is a Canadian former prospect who just never has quite panned out. There was some buzz around him a few years back, but a wide decision loss to Konstantin Ponomarev in 2015 popped that balloon pretty hard. Now 34-1 (23 KO), Zewski has won eight straight, though not against competition of any major renown.

On paper, Kavaliauskas is a clear favorite here, but “Mean Machine” also has the sort of style that could make him vulnerable against anyone capable on the right (or wrong) night. Zewski may not be a superstar, but he is certainly capable, and technically sound enough that with the right game plan, he definitely has a chance at an upset here, which could be a big step toward revitalizing his own career.

In other words, last time out Kavaliauskas had nothing to lose. This time he does, and Zewski has a ton to gain. A win for Kavaliauskas here is important because it keeps him established in that second tier of welterweights, and frankly, with Top Rank having so few options at 147 for Bud Crawford, a rematch — while I doubt anyone has any great desire for one — could come if he just keeps winning. For Zewski, an upset win over Kavaliauskas would shoot his name back into that second-tier mix, and again — Top Rank don’t have a big pool of guys for Crawford to fight. You never know what can happen in boxing if you just win fights.

The co-feature will see rugged veteran Miguel Marriaga (29-3, 25 KO) take on Joet Gonzalez (23-1, 14 KO) in a pivotal featherweight clash. Like the main event, it’s set for 10 rounds, and it has some other similarities in terms of what’s on the line.

Marriaga, 33, has had his shots at world titles. He faced Nicholas Walters in 2015 for a WBA 126-pound belt, and was beaten over 12 rounds (Walters had failed to make weight). In 2017, he got a shot at Oscar Valdez’s WBO featherweight title, and again went 12 in defeat. Three-and-a-half months later, he was in with Vasiliy Lomachenko for the WBO 130-pound belt, because Top Rank couldn’t find anyone else to fight Loma. Marriaga lost that one, too, stopped after seven rounds.

The Colombian can punch and isn’t totally unskilled or anything, but he’s been found out at the highest levels. That said, he also hung around against both Walters and Valdez, and has dug his feet in as a fringe contender. He was meant to fight Shakur Stevenson for the WBO featherweight title in March of this year, the weekend that COVID-19 shut the sport down.

Instead, he’ll fight Gonzalez, the 26-year-old who lost to Stevenson in Oct. 2019 with that vacant WBO belt on the line. (Stevenson, of course, has since vacated to move up to 130, and Emanuel Navarrete will fight Ruben Villa for the vacant belt on Oct. 9.)

Like Zewski, Gonzalez is a guy who was a prospect for a while, and had a bit of hype, but really wasn’t a blue chipper or anything. His personal rivalry with Stevenson has been the most attention he’s ever received, and when the smoke cleared he’d been outclassed for 12 rounds by a better fighter.

Gonzalez has a chance here to get a solid win following a first career loss, and to kick his reputation up a notch. He might not be able to beat a Stevenson, but Stevenson looks like the real deal, a supremely talented young fighter. Shakur Stevenson is not really the standard for “world champion” in boxing; that might be a bit depressing to consider, but there are a lot of “world champions” anymore who aren’t really near that level. If Gonzalez can handle Marriaga, he can look forward to maybe getting himself back in the title mix, and think better of his chances of one day hoisting gold, or whatever the plates on boxing belts are actually made out of, in the middle of the ring.

Marriaga has made himself a decent little career out of not quite being world title-level himself, and I’m guessing he’d like to continue that and get another shot, or two or three. If he beats Gonzalez, it’s really not hard to see Top Rank giving him another call to fight Navarrete, perhaps, should Navarrete win the strap against Villa next month.