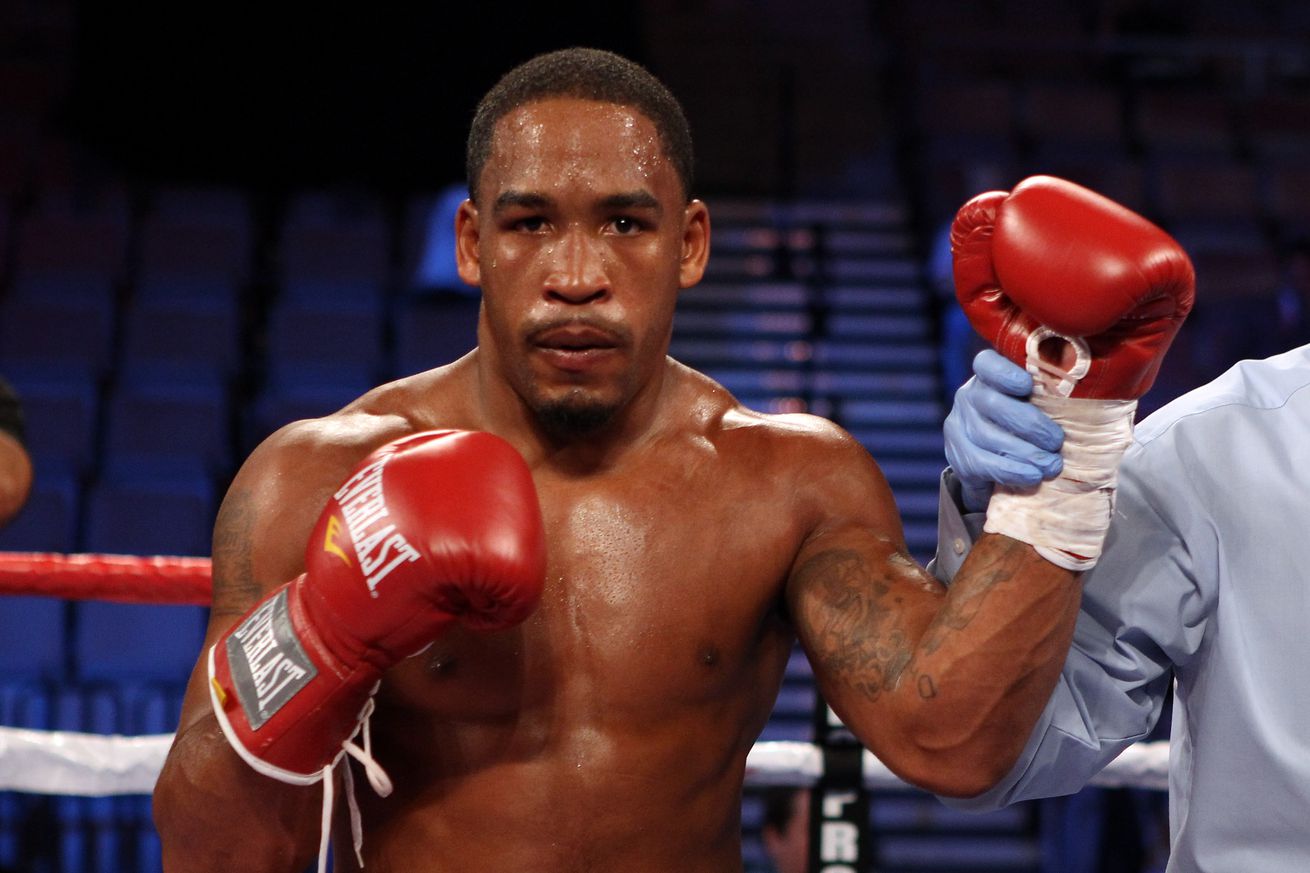 The Texan returns to action on Saturday as he attempts to mount another comeback.

Aggression, pressure, raw power, excitement. Those are the things that James Kirkland, at his best, brought to boxing.

Once one of the most fascinating young stars in the sport, the Texas southpaw returns to the ring on Saturday in an FS1-televised main event from Oxon Hill, Maryland, now 35 years old and long past the last time most people saw him in a boxing ring.

When he was peaking, Kirkland was famously working with trainer Ann Wolfe down in Texas. The notoriously grueling training camps were featured many times on HBO broadcasts and the like, showcasing a fighter-trainer combination of pit bull mentalities resulting in success in the ring.

Kirkland has had his setbacks, in and out of the ring. He’s been to prison. He’s had his differences with Wolfe over the years, including not working with her for his two career losses, a 2011 stunner against Nobuhiro Ishida and a 2015 wipeout loss to a rising Canelo Alvarez at Minute Maid Park in Houston.

And Wolfe isn’t with him on this comeback bid, which started quietly last August with a win in Austin over Colby Courter, a club fighter, and continued in November in San Antonio with a win over Jas Phipps, another club fighter. Neither Courter nor Phipps lasted past the second round.

Kirkland started really picking up some buzz around 2007, about six years after he turned pro. He had a great little ShoBox war that November with Allen Conyers, where both fighters were down in a bout that ended at 2:56 of the opening round with Kirkland taking the win. In 2008 he scored a solid win over fellow Texan battler Brian Vera, and beat Joel Julio in 2009.

But that same year, he was sentenced to two years in prison on a charge of gun possession by a convicted felon, ruining his career momentum just as it was really getting going.

When Kirkland returned in March 2011, he ran through a couple of weak opponents within 13 days to tune up in March, and then took to the ring again in early April to face Ishida, a Japanese veteran expected to be no trouble for the hard-hitting brawler.

Instead, Kirkland went down three times and was stopped in just 1:52 in Las Vegas. It was a shocking result and setback for Kirkland, but he didn’t cry over spilled milk. Instead, he parted ways with trainer Kenny Adams and reunited with Wolfe, getting back into the ring two and a half months later with a victory over Alexis Hloros.

The reunited Kirkland and Wolfe were put to the test in Nov. 2011 when they went to Cancun to face rugged Alfredo Angulo. It would be tough to find two fighters at that moment any more made for one another, and they did not disappoint. Both were down in the first round, but Kirkland took over the fight and battered Angulo en route to a sixth round stoppage.

The loss to Ishida, more or less, was forgotten, a blip on the radar. With Wolfe in his corner, Kirkland appeared to be truly back.

That excitement was tempered a bit in Mar. 2012, when Kirkland was clearly losing to Carlos Molina in a fight in Houston. To be fair, Kirkland had dropped Molina in the 10th round, when referee Jon Schorle disqualified Molina because his corner had entered the ring just before the round ended. It was a controversial decision, and Wolfe was seen on camera telling Molina that he was winning the fight.

Kirkland was then lined up to face Canelo Alvarez in Sept. 2012, but pulled out due to a shoulder injury, and wound up out of action until Dec. 2013. He had once again left Wolfe, as well as Golden Boy Promotions, and made the mistake a handful of fighters did around that time, signing with Curtis “50 Cent” Jackson as his promoter, who got him into the ring against Glen Tapia, with Wolfe again winding up in Kirkland’s corner when trainer Bob Santos backed out. Kirkland pounded the unbeaten but limited Tapia and won a sixth round TKO.

And then Kirkland was out of boxing for all of 2014 before signing to fight Canelo Alvarez in May 2015. Once again, Ann Wolfe was out, and Alvarez, who had lost to Floyd Mayweather in 2013, was starting to really come into his own as the rising star of the next generation for boxing.

Many feared a mismatch, and that’s what we got. Canelo demolished Kirkland and stopped him in the third round.

Inside Minute Maid Park, Ann Wolfe had seen the fight from the crowd and was interviewed by HBO.

“What my emotion was — to see my family hold their faces, to see my son cry, to see James like that, to see his mother upset like that, see everybody upset. It wasn’t ‘I told you so, I’m happy because that happened to you.’ It was fucked up,” she said about the fight.

In early 2017, Kirkland was set to return against Miguel Cotto, but pulled out when he suffered a broken nose in training. He wouldn’t get back in the ring until 2019, when it was originally said he’d be reuniting with Wolfe, but did not.

On Saturday, he’s not facing an A-lister. Kirkland (34-2, 30 KO) will be in against Marcos Hernandez (14-3-1, 3 KO), a tough and scrappy battler from Fresno who is coming off of a loss to Kevin Newman II in November. Now fighting at middleweight, Kirkland will have some physical disadvantages against Hernandez, who is listed at three inches taller and with two more inches of reach.

Hernandez has also been an active fighter while Kirkland’s only been in with two creampuffs in the last five years.

“James Kirkland is a notorious fighter known for his power, but his time has come and gone,” said Hernandez. “This is a great opportunity for me since Kirkland is a popular fighter and when I beat him, people will take notice. I watched Kirkland growing up and I have studied his mistakes. Kirkland only has one style, but I have many.”

Kirkland is the A-side here, without question, and the hope for PBC and probably many fans is that he’ll look good and get himself back into the conversation. But the odds are, frankly, against him. He’s older. He’s not with the trainer with whom he’s unbeaten as a pro. And all things considered, he always probably had a certain ceiling, and no Ann Wolfe training camp was going to help him beat someone as good as Canelo Alvarez.

If Kirkland can win Saturday, the chance to mount the comeback will continue. It might be that he gets rushed into a more notable fight, possibly even, being honest, as a sacrifice against someone like WBC middleweight titleholder Jermall Charlo, as PBC are not exactly deep at 160. Or they might try to keep inching him back toward something bigger, even with the risk that any halfway stiff matchup could be his undoing at this point.

But he has to win to find out either way. If he loses, it’s pretty much just over for him as a notable fighter, in all likelihood. James Kirkland’s career, with its ups and downs in and out of the spotlight, has been one of the most fascinating of the modern era. We’ll probably always wonder what might have been with some different decisions. But one last shot at making it back is in the cards, and it really starts on Saturday.