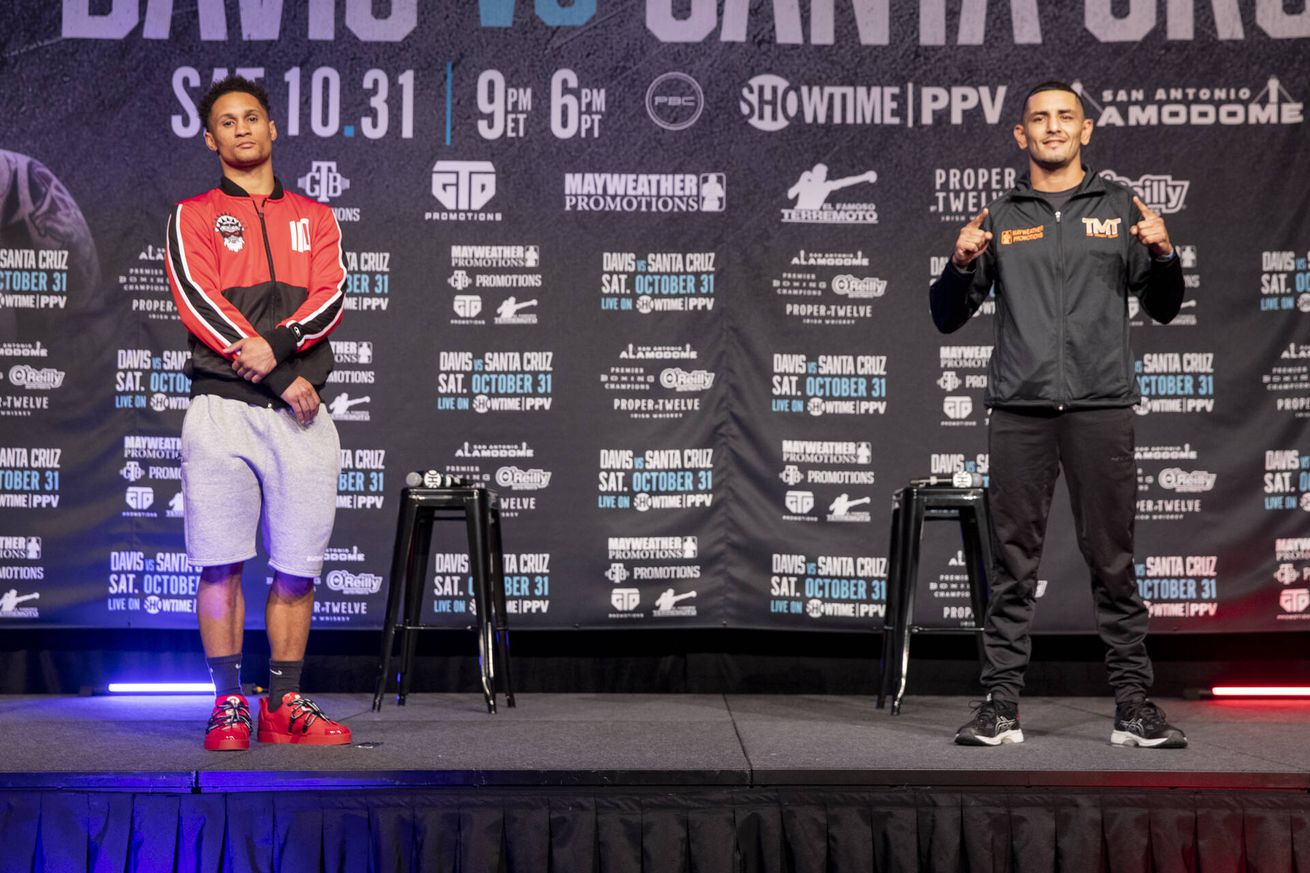 The former junior welterweight champion makes his way back into the ring after a year out.

Regis Prograis says he’s excited to get back into the ring, and probably should be after a full year out of action. With Prograis set to take on Juan Heraldez this weekend on the Davis-Santa Cruz undercard, both fighters shared their final thoughts during Showtime’s final press conference. Check out some quotes below…

“I’m excited to be here. Training has been amazing. I just want to go out there and prove that I’m still the best at 140 pounds. I was number one for a long time. This is the first step toward getting my belts back. I’ve been training differently than ever before. I’m really living like a fighter right now. I just have to go out and do what I know I have to do.

“I need a stoppage or a shutout. That’s what I’m looking for. He’s an okay fighter. I don’t want to degrade him too much, because I just feel like I’m the better fighter.

“This is my first step toward proving I’m still the best. You sit and go over the fight a million times in your head and it usually never goes that way. I’m just going to do me and show the world that I’m still here. I train too hard not to be number one. I don’t want to be behind anybody.

“We’re all going to do our thing Saturday night. It’s a huge stacked card. Order Showtime PPV and watch me mess Heraldez up.

“I’m just taking it one fight at a time right now. The landscape in boxing changes all the time. I’m not worried about anything else other than Juan Heraldez.”

“I’m going to go out there and show everyone what the sweet science is all about. It’s about hitting and not getting hit. That’s my game plan.

“I believe that my style is exactly what boxing is all about. I have more advantages in my game than he does. I’m going to make sure that everyone sees it on Saturday night.

“Prograis had his chance to be elite, now it’s my time. He fought Taylor and lost. I didn’t really even watch more than a couple of rounds of that fight though, because I’m a completely different fighter than him.

“Prograis is a step up on paper, but all that goes out the window once we’re in the ring. It’s about boxing skills and toughness. I’ve been boxing all my life, so I don’t think I’m stepping up to him.

“I can box and I can punch. There’s not going to be anything else that needs to be said or done. This fight is going to prove to everyone that I have great boxing skills. It’s going to put me in a position to earn respect, win belts and make more money.

“I don’t think he’s going to be able to land clean shots on me because of my defense. You’ll have to ask him afterwards how hard I punch. I know his eye was really swollen after his last fight. Plan on seeing him look the same on Saturday.”