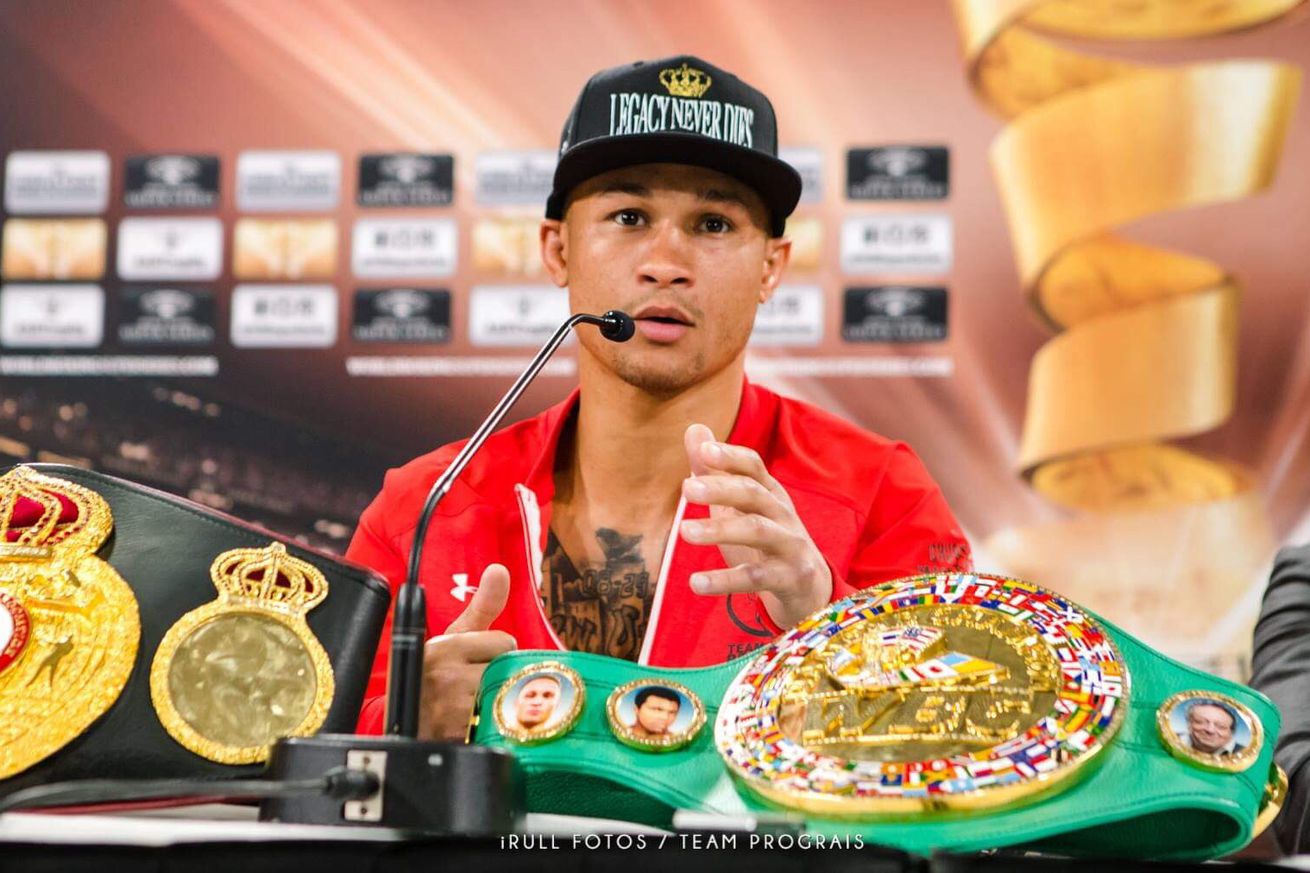 The junior welterweight standout is making his case, fight-by-fight.

Regis Prograis advanced to the finals of the World Boxing Super Series 140-pound tournament and won the WBA title last night with his one-sided win over Kiryl Relikh, and now the 30-year-old fighter has a simple question:

Prograis (24-0, 20 KO) has certainly made his case over time, to the best of his ability. He was a ShoBox standout just a year ago, his last win on that series a two-round blowout of former titleholder Julius Indongo, which was really more than a typical ShoBox fight.

Since then, he made his ESPN debut in July 2018, dominating and stopping previously unbeaten Juan Jose Velasco within eight rounds. He entered the World Boxing Super Series and won a wide decision last October over former lightweight titleholder Terry Flanagan, and of course last night wiped out Relikh in the semifinal.

Promoter Lou DiBella thinks he’s already there, telling Michael Woods last night, “I wanna see him on every top 10 list! … I’ve worked with some special ones — (Bernard) Hopkins, Jermain Taylor at his top, Sergio Martinez. This guy is special.”

In the ring after his win last night, Prograis was animated and fired up.

“I told y’all, I’m the fuckin’ real deal. These boys at 140 cannot fuck with me. I am the best and I’m gonna keep proving it,” he told Ray Flores on DAZN. “(Relikh) is a tough ass dude, he’d never been stopped, he barely even ever lost, and I fuckin’ just dominated the whole time and stopped him. They can’t mess with me, I’m too unstoppable.”

So what do you say? Has “Rougarou” done enough to warrant inclusion on your P4P list at this point, or are you still holding out? If you’re holding out, would a tournament final win over Josh Taylor or Ivan Baranchyk bump him in for you?