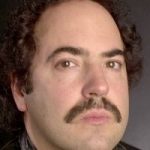 Mike Acri, the Erie, Pa. based boxing promoter who led Paul Spadafora to the lightweight title, died Sunday at age 63. The news was announced Monday by his long-time associate Rick Glaser, and confirmed to The Ring by his sister, Marci Acri.

No cause of death was announced, and services are pending.

A boxing fan since childhood, Acri first got his start in the business working public relations for fellow Erie native Don Elbaum in 1981, and then worked as an assistant to matchmaker Al Braverman, who worked with Don King.

Acri later branched out for himself, promoting Roberto Duran when he upset Iran Barkley to win the WBC middleweight title in 1989, as well as for the third fight against Sugar Ray Leonard. He promoted Hector Camacho from 1994 to 1999, including the two fights against Duran and his fight with a prime Oscar de la Hoya in 1997, and he also handled Donovan “Razor” Ruddock during his comeback, and worked with Robert Daniels when he was WBA cruiserweight champion.

The fighter he had been most closely linked with in recent decades was Spadafora, who he led to the IBF lightweight title in 1999 with a win over Israel “Pito” Cardona, and promoted on cards that were broadcast on HBO and ESPN2.

Glaser, the former Don King matchmaker who credits Acri with giving him his start, remembers Acri as a “master mathematician” who could calculate the cost of a boxing event off the top of his head. He also remembered him for the kindness he showed to people who were new to the business.

“He always was willing to help people that were beneath him in boxing, which was very rare,” said Glaser.

Acri was inducted into the Pennsylvania Boxing Hall of Fame in 2018. His name had been in the news again when the documentary he co-produced, “Macho: The Hector Camacho Story,” was released on Showtime last month.

The post Promoter Mike Acri, known for working with Camacho and Spadafora, dies at age 63 appeared first on The Ring.