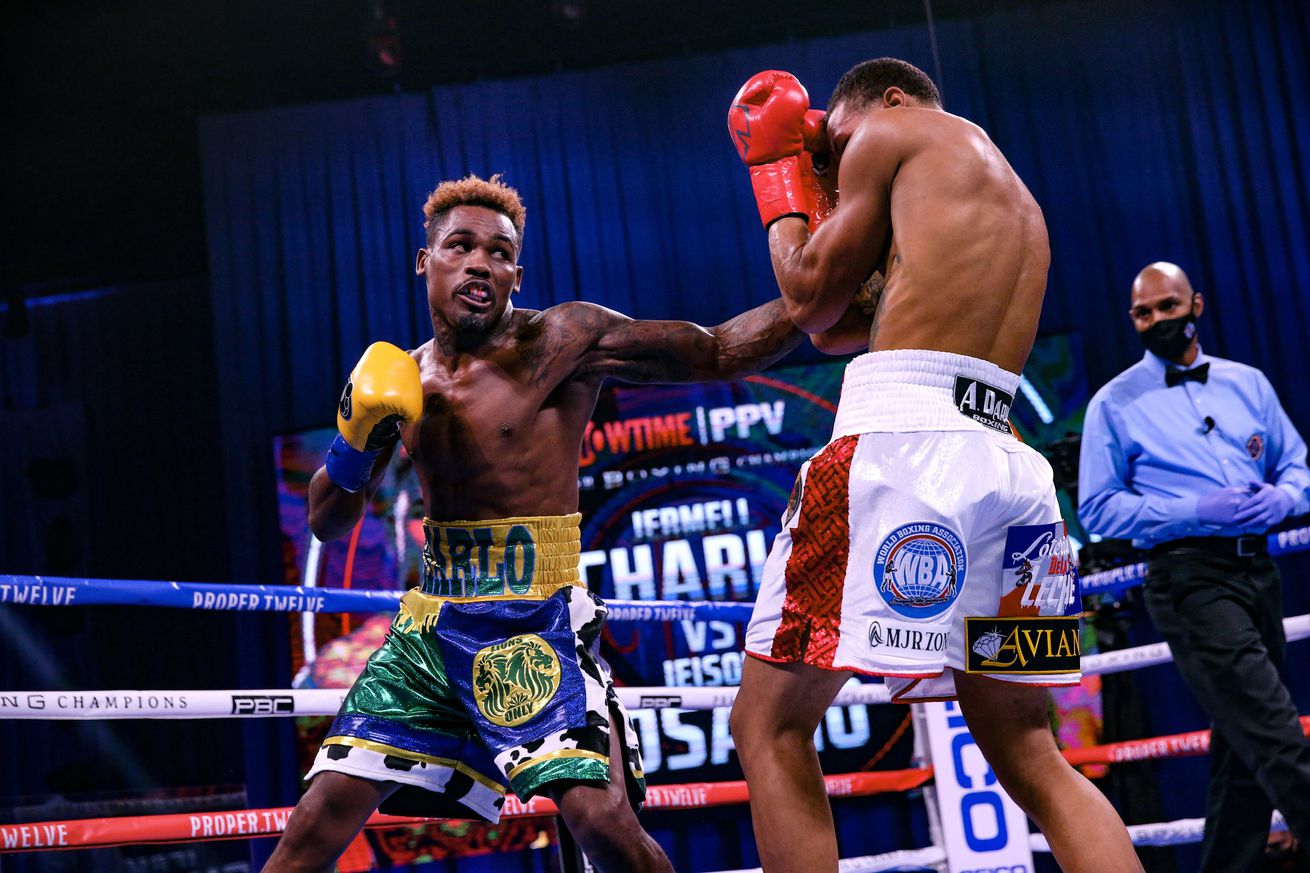 The power on a simple body shot wowed a lot of boxing pros tonight.

With a stunning eighth round body shot knockout, Jermell Charlo unified three world title belts at 154 pounds, and put himself firmly at the top of the junior middleweight division.

The win itself was not any big surprise, as Charlo (34-1, 18 KO) did come in as the favorite, even if not a huge favorite. But the KO itself was pretty unusual, a jab to the body early in the eighth round, which Charlo said was really more the result of him having softened up Rosario, breaking him down in the fight. Rosario had already been down two times, in the first and sixth rounds, and was hurt at the end of the sixth for sure.

Still, it was a KO the likes of which a lot of people say they’ve never quite seen before, as Rosario was in a bad way for a couple of minutes, though he did get up and walk out.

Here’s what some of the pros had to say about the KO and Charlo’s win:

Young Champs, work on that stick to the gut. Congrats Mell .

That boy could hit!

Jab to the body I love it

You earned it congratulations @TwinCharlo

I hope he ok I ain’t never seen nothing like that.

What a jab to the body by @TwinCharlo ! Congrats @ShowtimeBoxing

Wow, I’ve never seen a knockout like that. Charlo literally knocked the air out of Rosario. Hope Rosario is alright. #CharloRosario

Charlos need to start getting respect like the klichkos

That Charlo power can be sneaky. Once you’re in a good rhythm, then BAM!! @ShowtimeBoxing #CharloRosario

What a fucking jab to the body. #CharloDoubleheader

Bob Fitszimmons would be very proud of @TwinCharlo for that scintillating solar plexus ending. #CharloRosario

That Power is scary from @TwinCharlo