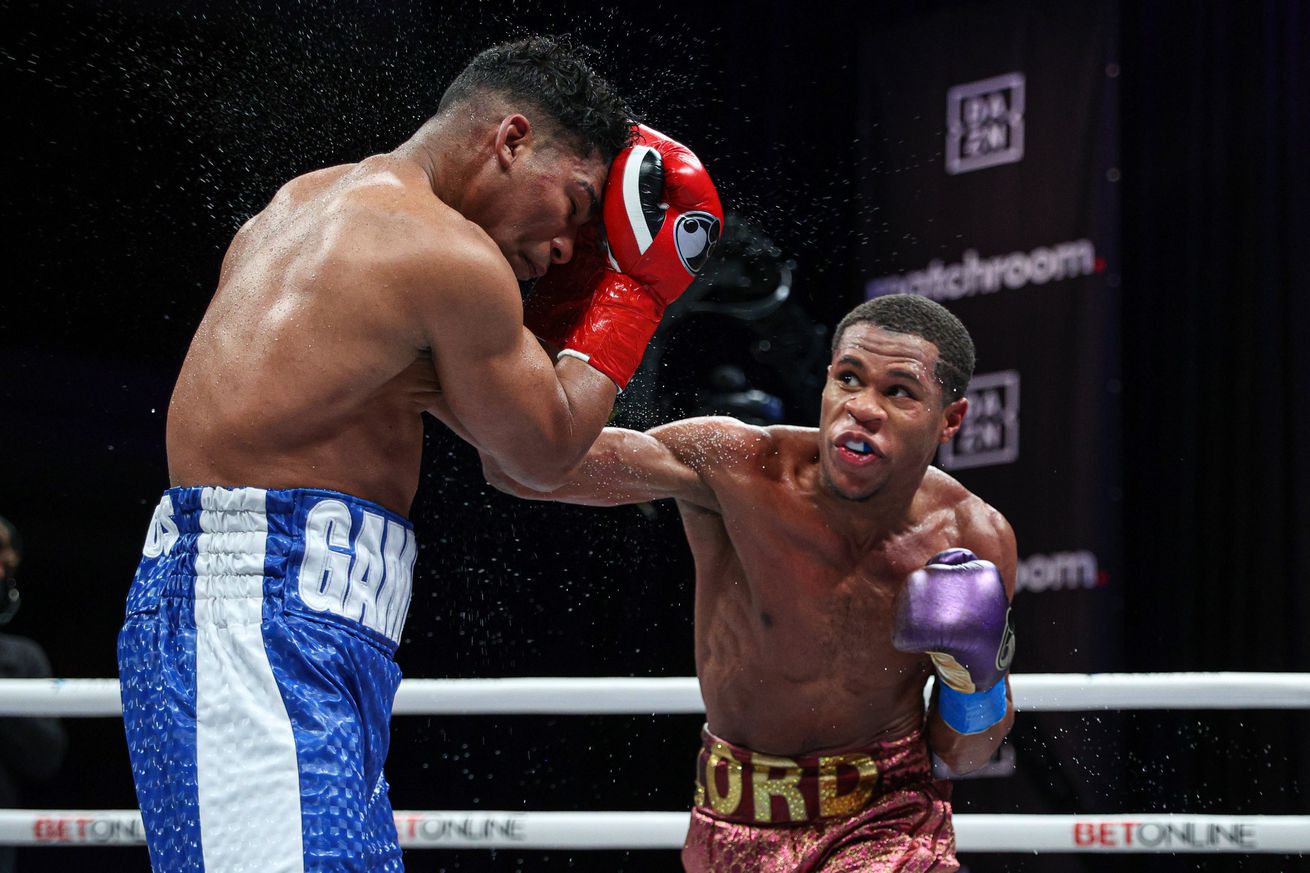 A couple guys had some clear reactions to Devin Haney’s win over Yuriorkis Gamboa.

It would be a lie to say that the boxing world was on the edge of its seat at any point on Saturday night, as Devin Haney cruised to a 12-round decision against an aged and over-matched Yuriorkis Gamboa to retain the WBC lightweight title.

Haney-Gamboa was certainly no blockbuster event going in, wouldn’t really be called a “big fight” by any sane metric, but it was another win for the 21-year-old titleholder, and he says he hopes to move on to a big fight. He specifically named Teofimo Lopez in his post-fight interview, and yeah, Teofimo heard him and saw the fight.

So there weren’t that many fighters watching, it seems, but some did. And a couple of them are the sort of guys you’d want to hear from right now anyway — namely, Teofimo and Gervonta “Tank” Davis, and Golden Boy promoter Oscar De La Hoya chucked in a little shot, too.

How does everyone feel about this main event on DAZN? I honestly believed that Devin would get him out of there early, but a win is a win. On to the next #HaneyGamboa

Gamboa looked like he was pissed. Did he really believe he won? He snatched his arm from the ref during the decision.

Snoozefest good work from a prehistoric Gamboa against the email champion

Good Win For @Realdevinhaney! Would love to see him fight the other young guns at 135!!

Very good. One year out off shoulder surgery, dominant display. If that was Ryan you would have loved it