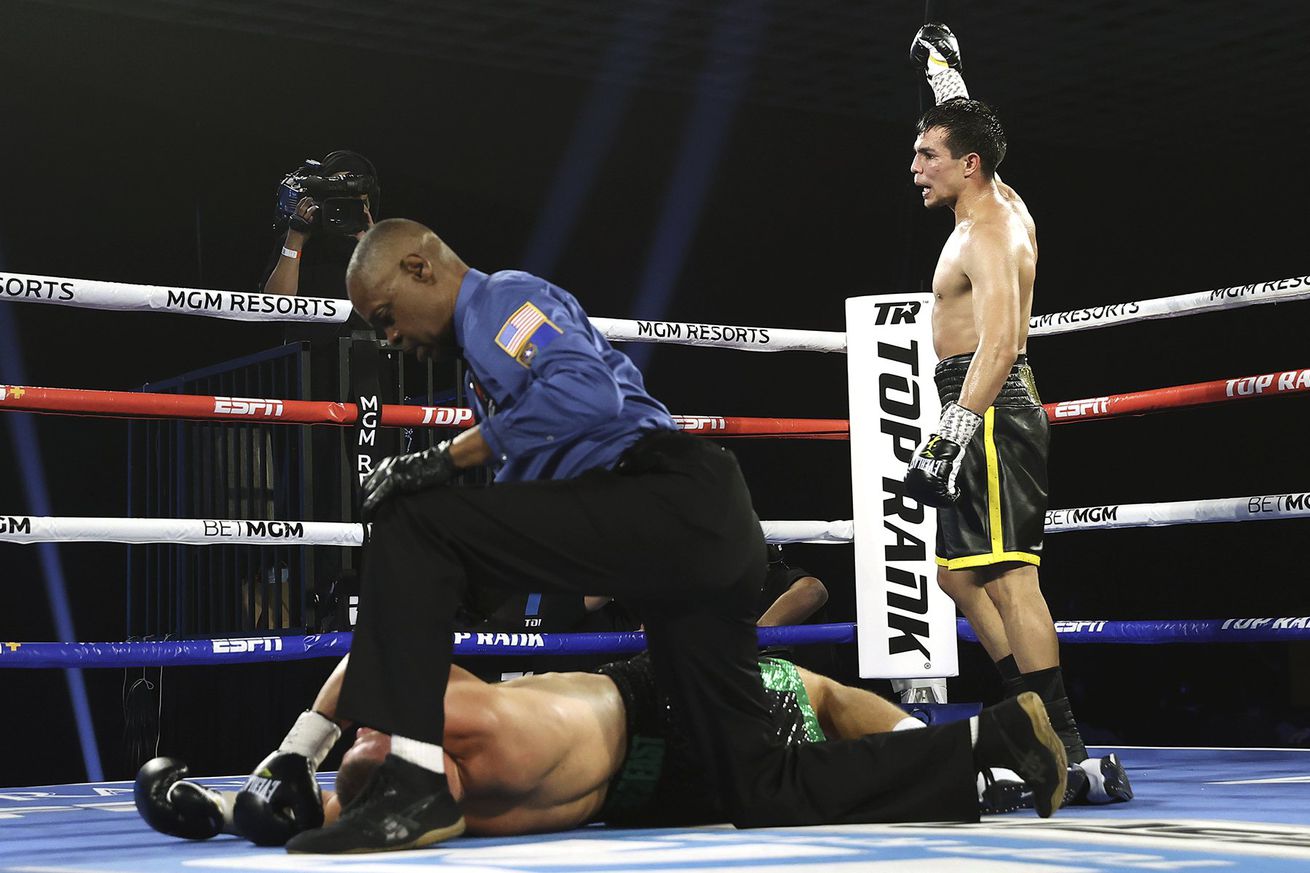 Everyone who tuned in for Zepeda-Baranchyk was rewarded with one of the best fights you’ll ever see.

In one of the best fights anyone’s ever going to see, Jose Zepeda and Ivan Baranchyk went to war tonight in Las Vegas, ending in the fifth round with Zepeda scoring the final of a total eight knockdowns, this one a knockout blow to secure the victory.

Boxing can be an exceptionally frustrating sport to love and follow as we do. There are robberies, there are terrible and puzzling political decisions from sanctioning bodies, too many dumb belts creating mass confusion, and too often a dearth of top fighters actually fighting other top fighters.

Tonight wasn’t just a reminder of what brings us all back — good fights can do that. This was an elite-tier exceptional fight.

Here’s what some of the pros had to say after it was over:

One of the best fights I’ve seen since Foreman-Lyle. Plain and simple. #ZepedaBaranchyk

It was the only way it could end. One of them getting put away. #zepedabaranchyk

What a sensational dramatic fight . Congratulations to the new @WBCBoxing silver super light weight champion and to such a warrior challenger #ZepedaBaranchyk @trboxing

Dammmm that was a crazy fight. Never saw that coming. Might be the end of Ivan. That’s devastating

Fight of the decade shit!!!! Both them went down Atleast 4 times a piece and then that KO sheesh https://t.co/uVRp1F33IR

FOTY & KO OF THE YEAR! DAMNNNNNNNN

What a K.O by my dude CHON!