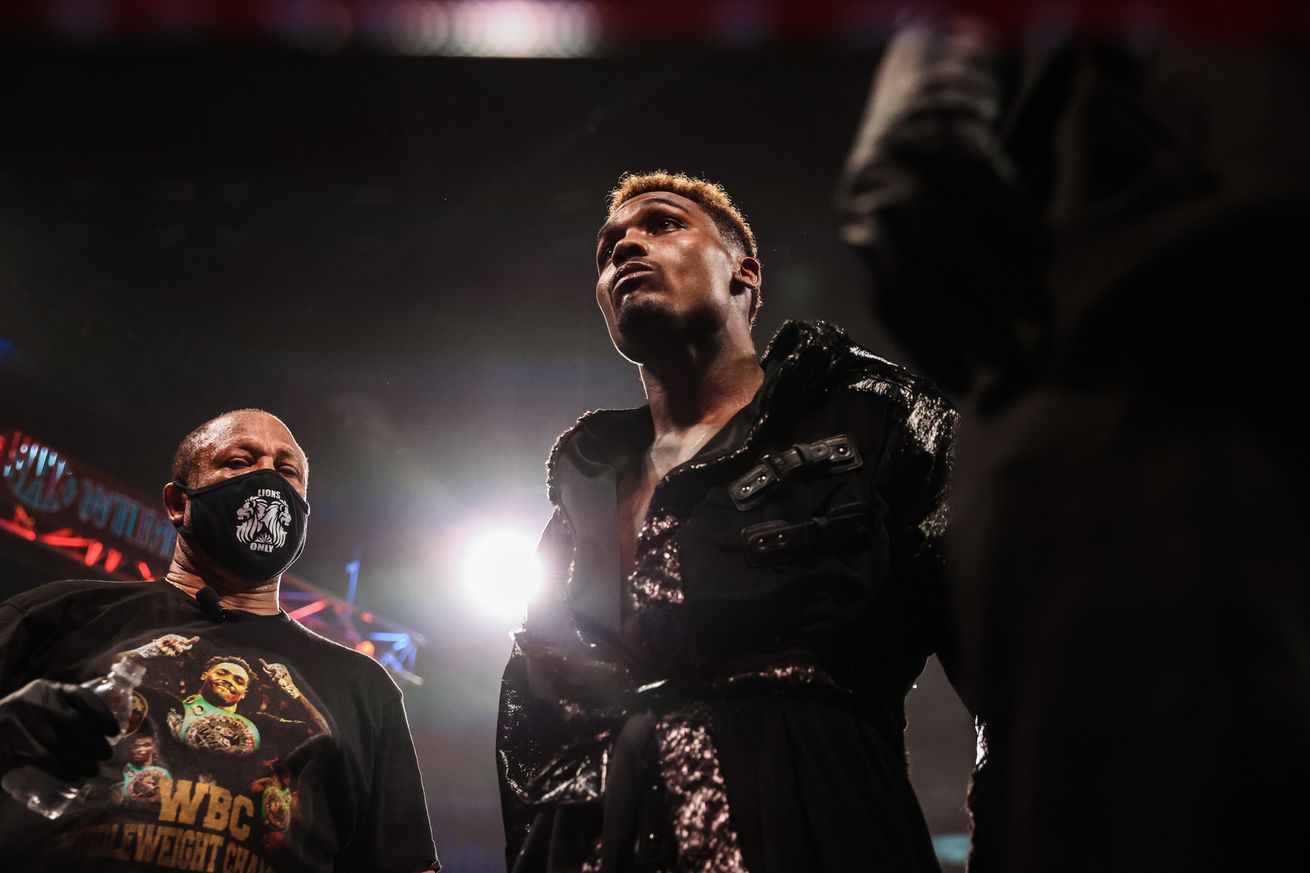 Andre Ward, Claressa Shields, and more give their thoughts on a big night for Jermall Charlo.

Jermall Charlo picked up his biggest career win to date, probably, and definitely his best as a middleweight, retaining his WBC title in a stiff test against Sergiy Derevyanchenko tonight on Showtime PPV.

Charlo (31-0, 22 KO) pretty well cemented his status as a legitimate top guy at 160 pounds with this win, which was in the minds of most, it seems, a more convincing defeat of Derevyanchenko (13-3, 10 KO) than either Gennadiy Golovkin or Daniel Jacobs managed in his previous world title bout losses, both of which were highly debatable and brought a lot of discussion.

The pros who tuned in and Tweeted were pretty impressed:

Good win for Jermall ! This fight will do more for him than 10 first rd knockouts. Congrats Champ ! You had to dig deep.

Great win by @FutureOfBoxing against a very tough and quality opponent

Jermall did his thing! Good win for him.

Good fight a lot of heart from both boxers Charlo & Derenchenko

Derevyanchenko very capably fought his ass off until the final bell, as always, but I’m guessing a lot less debate from this one than the other two Ls he’s taken. Charlo showed a complete skill set, boxing well behind his jab and landing some good power shots, too, and he was able to keep Derevyanchenko from fighting the sort of fight he wanted.