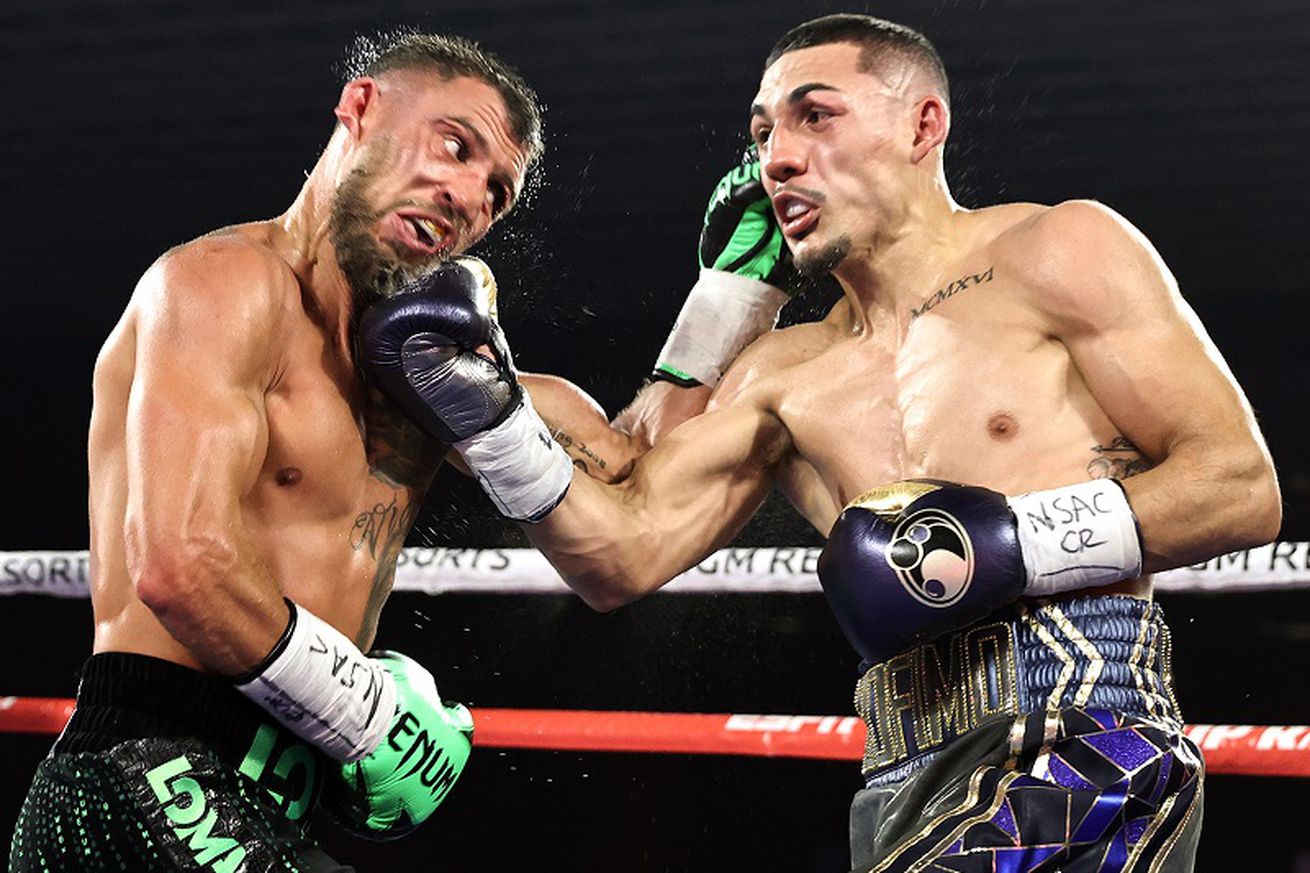 Teofimo Lopez did what he said he’d do, beating Vasiliy Lomachenko, and it’s obviously the talk of boxing.

Lopez (16-0, 12 KO) has boasted about “The Takeover” for a couple of years now, and tonight, he did what he said he’d do. He didn’t just out-muscle Lomachenko (14-2, 10 KO), which many fans and pundits thought might be the only way he could win the fight, he out-boxed and out-thought him for the majority of the bout, taking a clear — if somewhat controversially scored, at least by Julie Lederman — decision victory.

We’ll have to figure out what’s next for Lopez, 23, as he goes forward, because he’ll definitely have some big fight options. but for now, he deserves every bit of praise and admiration and respect that comes his way. He was the legitimate underdog, he was facing a still-great fighter, and he won, period.

Obviously the fight is the talk of the boxing world, so here’s what some pros had to say in the immediate aftermath.

Congratulations to @TeofimoLopez for an undisputed great performance.

There was a glitch in the Matrix.#LomaLopez @trboxing

@TeofimoLopez this is the he sh*t that makes you great. You did well you belong #lomalopez @VasylLomachenko is a boss. Thank you both

@VasylLomachenko always dares to be great and that is why he is great. #lomalopez

I been said Loma was wack! ‍♂️

Even though I had the fight closer, my prediction was Teo for the win. But those scorecards was…. Outlandish. That fight was close as hell.

Great fight @TeofimoLopez proved himself the real deal tonight… very interested to watch what he grows into. Congratulations champ

Happy for Lopez, great performance he did his thing. #LomaLopez

I have no idea how SOME of you guys saw it a draw? To me, Loma lost the first 5 rounds itself. Loma just didn’t do enough. Started too late.

Lopez does it. Great performance agents the pound for pound best. Lopez boxed a great fight true out.

What the fuck i say! EXPREINCE DONT MEAN SHIT !!!!

A night of surprises #LomaLopez the right man got the decision for me. Congratulations #teamlopez and #American #boxing

I had the scores closer

Lopez was brilliant,I’d like to see it again though loma being out for a year at his age especially as his main attributes are supreme distance and timing could’ve played a massive part in his inability to start working before 7rds orLopez could’ve just have his number

Teofimo has brains and brawn but he’s a BRUTE & the TRUTH.

The smart, patient start from Lopez just controlling the range was very impressive.
Loma couldn’t get in any position to work without risking getting nailed from a much bigger man that carry’s huge power.
Imagine accomplishing that at 23 yrs old? WOW. #LomaLopez

The Size, Youth and Power of @TeofimoLopez too much for @VasylLomachenko tonight. Loma isn’t done but Father Time is uh callin. If he continues which I’m sure he will this weight is too much given how much these guys rehydrate. #LomachenkoLopez