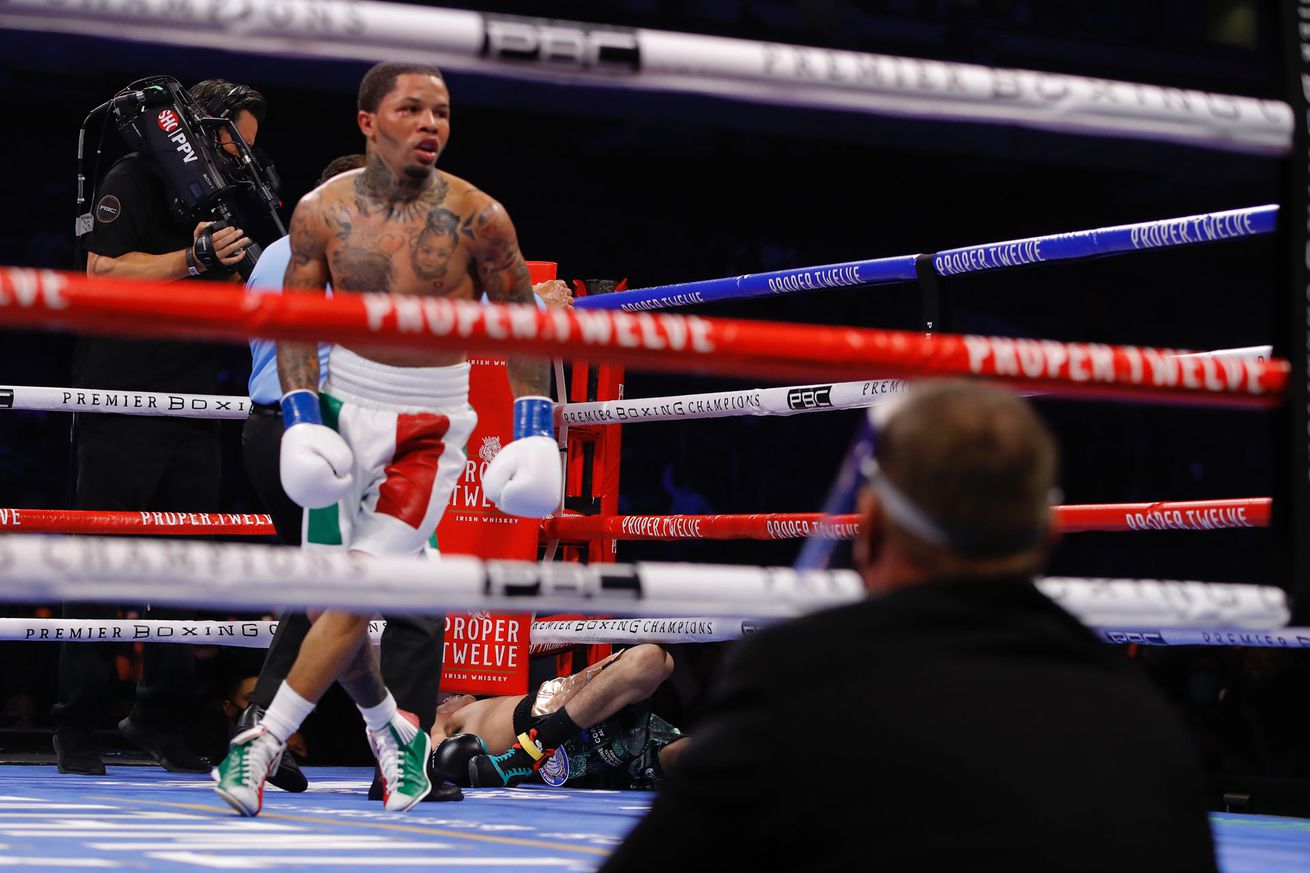 Perhaps the new KO of the Year leader led to some big reactions from fighters on social media.

As soon as Gervonta “Tank” Davis landed his perfect counter left uppercut, the fight was over, and the reactions came pouring in on social media.

Fans, media, fighters, everyone is buzzing about Davis’ unreal knockout of Santa Cruz in the sixth round, which gave “Tank” titles in two weight classes in the Showtime PPV main event tonight from San Antonio.

The 25-year-old Davis (24-0, 23 KO) and Santa Cruz (37-2-1, 19 KO) had a great fight for six rounds, with the 32-year-old Santa Cruz winding up forced into a bit of a firefight with Davis. This was hugely entertaining, and it was terrific fun to watch, but as brave and as tough as Santa Cruz was, it wound up his undoing. Davis simply had too much power, and when he connected on that counter shot — which he was looking to land flush from early in the fight — it was over.

Check out what many fighters had to say at the end of the night:

Sat his ass down damn

My lord! What a vicious uppercut that was. Praying for the health and safety of Santa Cruz there. The young man “Tank” Davis has some serious venom in that back hand shot. Incredible!@ProperWhiskey fight night

Man, I looked down at my phone for a sec, looked up, and the fight was over… did every fight on this card end by knockout?! @ShowtimeBoxing #SantaCruzDavis

Sheesshhh that was a beautiful shot congrats to tank #davissantacruz

That’s a bad boy, both guys @Gervontaa and @leosantacruz2 came in great shape. But Davis had to many dimensions SPEED, POWER, SHARPNESS, HE BOXED, HE CAN WALKED U DOWN WITH POWER smh it was to much…. Prayers up on Leo being able to walk out of the ring after that shot..

Great fight while it lasted

That was a mean ass shot

What a knockout. Beautiful uppercut #DavisSantaCruz

That left uppercut was flying from Round ONE! Tank was bound to catch em. What a punch! What a KNOCKOUT! Tank a BEAST!!

That is what you call “an uppercut from hell”. #DavisSantaCruz

Praying Leo Santa Cruz is alright. That was a scary knockout.

What a shot tanks a beast #GervontaSantaCruz

Holy shit what a knockout that was to a close fight!!! Santa Cruz was in it, Davis power just real as it gets

You’re outta your mind if you think that makes me waiver! It’s my turn next and then it’s on!!! LETS GOO