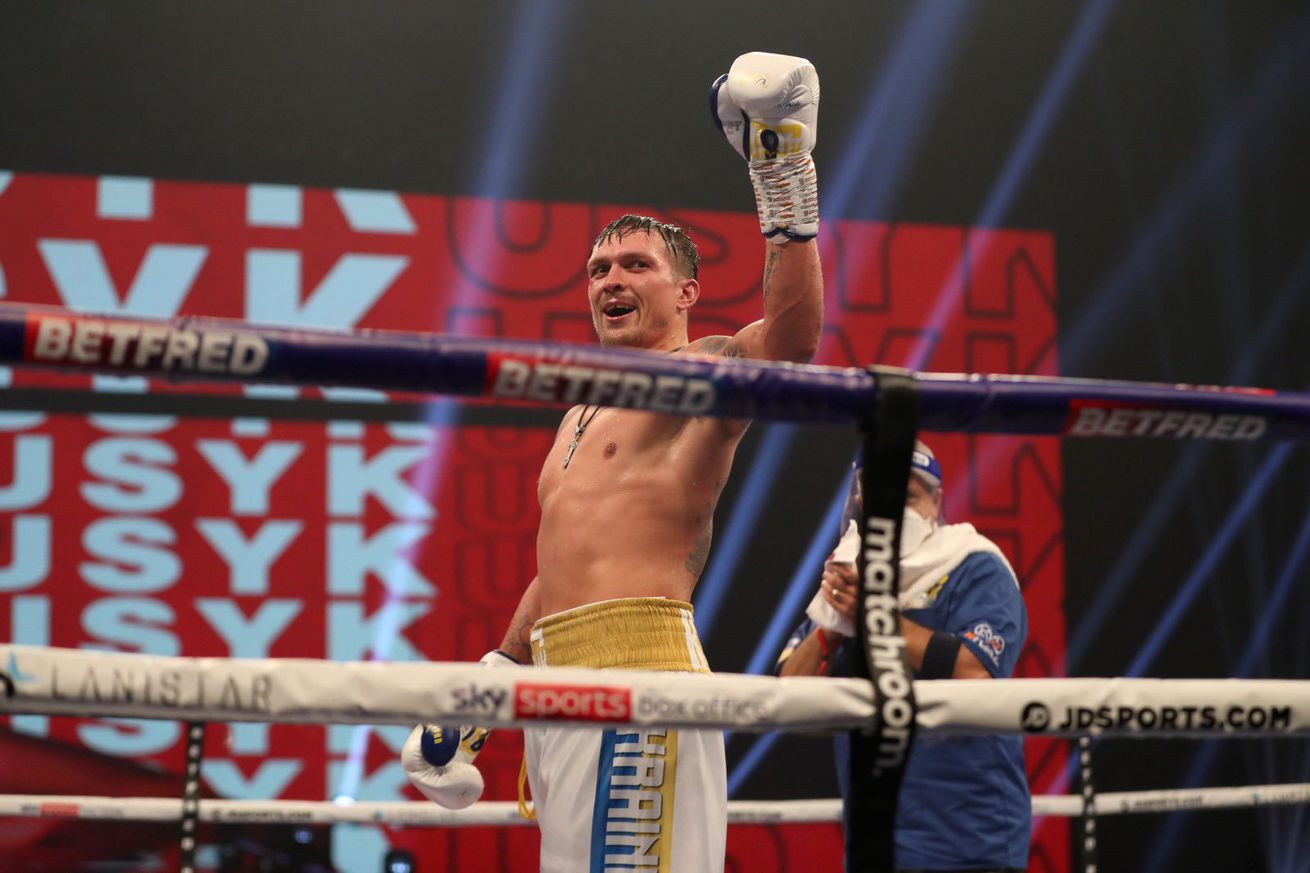 Oleksandr Usyk scored a solid win over Derek Chisora, but did he impress fellow pros?

Former undisputed cruiserweight champion Oleksandr Usyk scored a second win at heavyweight, beating Derek Chisora by decision today in London, which may well set up a shot at Anthony Joshua in his next fight, provided Joshua beats Kubrat Pulev in December.

Usyk (18-0, 13 KO) did some damage on Chisora (32-10, 23 KO), and showed he does have some heavyweight power if not big heavyweight power, but mostly it’s his boxing skill being praised once again, and with good reason. The 33-year-old Ukrainian survived a big attempt at a fast start or even early knockout from the 36-year-old Chisora, and chipped away at the much heavier man throughout, hurting Chisora a couple times late in rounds but never having him quite close to out or anything.

Will Usyk be able to handle even bigger, better opponents at heavyweight? That’s an open question, and it’s one many still have on their minds, including some of the pros who watched today’s fight:

What a gallant performance from chisora ! Pleasantly surprised either way. Well fekkin done

Usyk is class, just feel he isn’t a heavyweight and struggles with the top heavyweights.

Chisora out landed usyk. Tell you what, I wanna see the punch stats ‍♂️

Usyk displayed the art of boxing tonight. Hit and not be hit. #UD

Usyk lost his momentum from the World Series he won. He won because he’s just better but he didn’t fight a good fight. Left too much food on the table.

Chisora did really well tonight against a future hall of famer. No shame in that defeat. #UsykChisora

I had it 9-3 Usyk. Felt he took his foot off the gas when he didn’t get Chisora out of there after the big 7th round. Waited for the last onslaught from Chisora to come and pass but didn’t fancy pushing for an early finish.. great win none the less!

It’s boxing not fighting, close for sure but usyks boxing won it. Tough night at the office though, a great welcoming for him to the heavyweight division!

Styles make fights. Derick chisora is one of the roughest toughest heavyweights out there. A true warrior. I think usyk will be better against heavyweights who stand off and box more. #UsykChisora

Would love to see Usyk – Joshua

Had it 9-3 Usyk. Chisora unfortunately did what a lot of fighters do against them elite fighters and started in 4th gear. Thought Usyk felt his hand hurt and took his foot off a bit. Brave and very good effort from Chisora, tough as old boots & moves great for a heavyweight