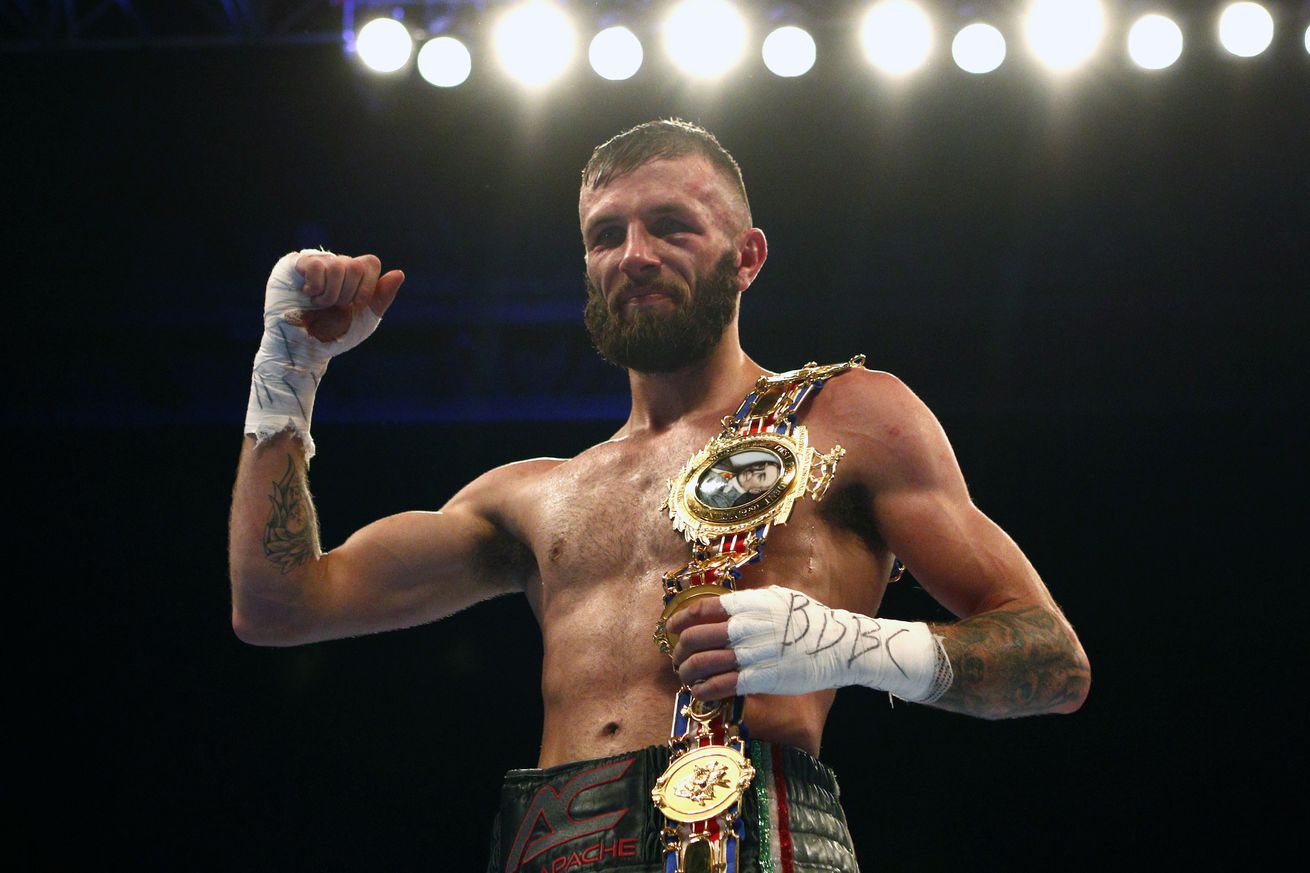 Cacace beat Sam Bowen for the belt in November

Queensberry Promotions are delighted to welcome British super featherweight champion ‘ ’
to the team!

“I am delighted to be signing with such a big promoter who will give me the chances to be on big shows,” responded Cacace to his new beginning. “At my age and with my experience, it is what I need.

“I am just excited for the future.

“I have actually never worked with a promoter and this is my first time – I just feel that now I’ve got the opportunity to fulfil [sic] my potential or at least know where I am going.”

“The Apache” (18-1, 7 KO) suffered the first loss of his professional career in 2017 when he unsuccessfully challenged Martin J. Ward for the Commonwealth and British titles, then missed all of 2018 following a get-well victory in Birmingham. Soon after his 2019 return, he took on then-champion Sam Bowen, claiming the title via more-decisive-than-it-sounds split decision.

“That’s it, I am a fresh 31-year-old and I’ve never been in wars. The Bowen fight was the hardest one I have ever been in and there is a lot more in me, so we have got to see how it works out.

“I like to think of myself as being a smart boxer. If I have to fight, I will fight, but I will do it effectively and won’t just go in with my head and lose brain cells for nothing!

“The Bowen fight, for me, was 50 per cent of what I can actually do and I perform better in the gym. I still got the job done on the night and was good enough to beat him.

“Hopefully over the next year or two you will be able to see what I can do fully.

“A defence of my title is the likely option next and the likes of (Archie) Sharp and (Zelfa) Barrett I would fight them both in the morning. It is just getting them to face me.”

With Barrett now fighting under the Matchroom banner, that might be a tricky matchup to make, but Sharp is a Warren stablemate. My guess is that each man gets a prominent spot on an upcoming card, possibly Joe Joyce-Daniel Dubois, and beats up a low-level foe to drum up hype for their eventual clash.