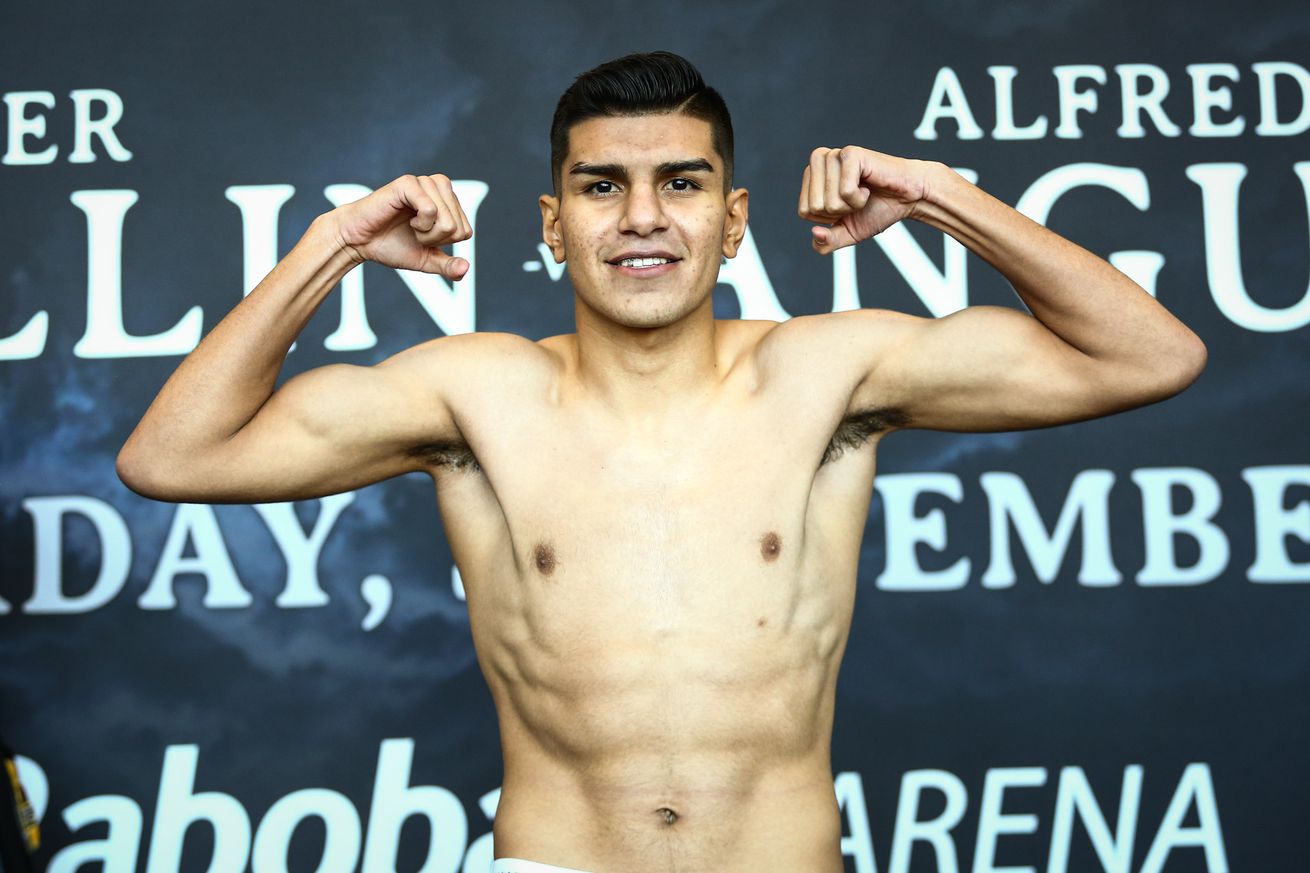 The 18-year-old prospect scored a big knockout on FS1.

18-year-old junior welterweight prospect Jesus Ramos picked up an impressive win on tonight’s FS1 card from Bakersfield, California, knocking out Ricky Edwards in the third round.

Ramos (11-0, 10 KO) fought his first eight bouts in Mexico because of his age, then in April of this year won a fight in Phoenix before making his PBC debut on June 23 in Las Vegas, beating Kevin Shacks by decision over four rounds.

This fight with Edwards (12-4, 3 KO) was a real step up for the teenager, and he passed the test with flying colors. He’d dominated the entire fight before catching Edwards with a clean left hand to the side of the head, sending the 29-year-old New Jersey fighter crashing to the canvas, where he was knocked out.

Edwards is no star or anything, don’t get it wrong, but he is a guy who knows his way around the ring. He went a full 10 with prospect Mykquan Williams in May, losing a decision, and had never been stopped before tonight.

In other words, Ramos is someone you want to start keeping an eye on going forward. He’s very young, but the natural ability is clearly there.