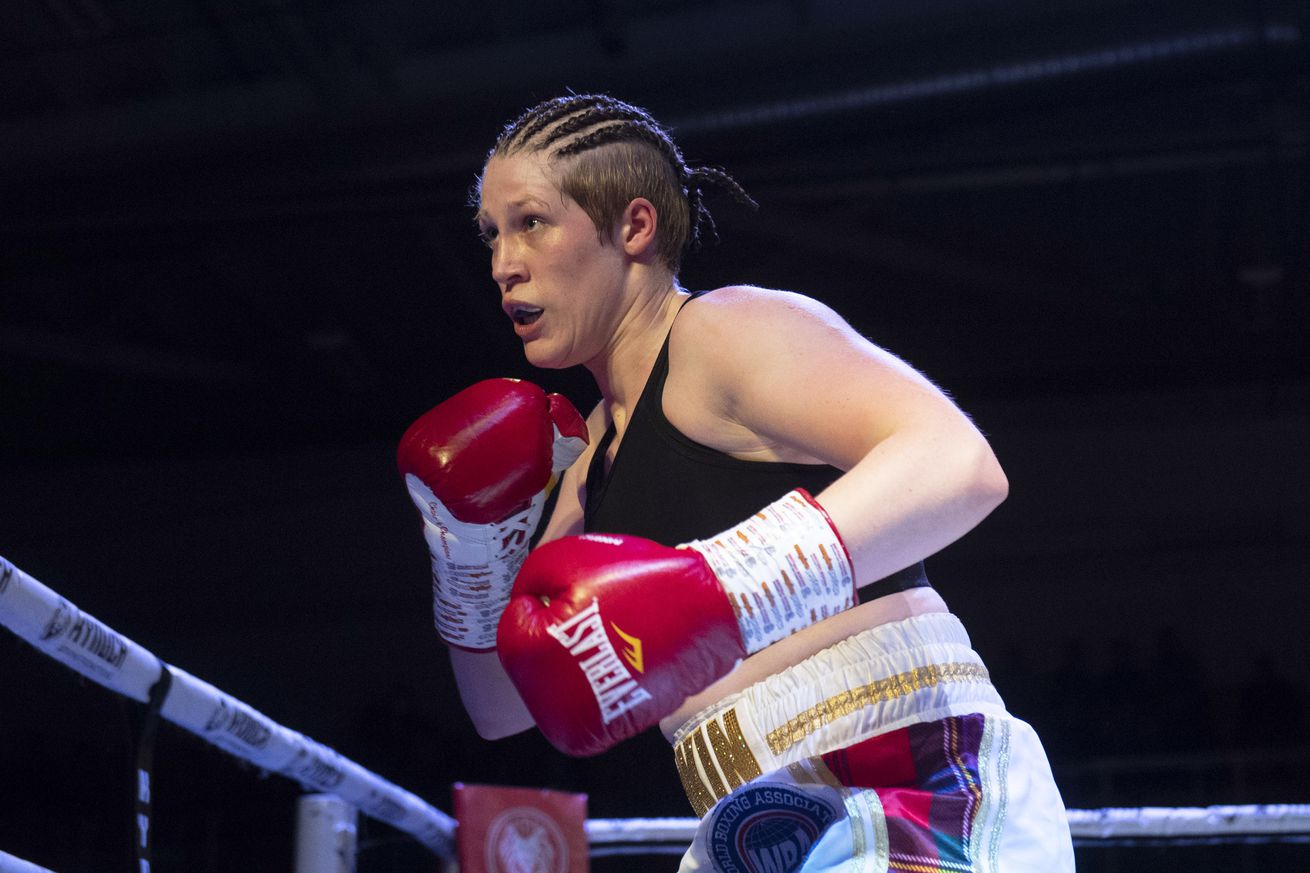 Savannah Marshall beat Claressa Shields years ago, but Hannah Rankin is next for her on Saturday.

Scottish veteran Hannah Rankin is set to face England’s Savannah Marshall this Saturday (DAZN, 1:30 pm ET) with the vacant WBO middleweight title at stake, and like Marshall, Rankin has experience against the woman who ruled the division before moving down in weight, Claressa Shields.

Rankin fought Shields for the WBC, WBA, and IBF titles back in Nov. 2018, losing every round of a 10-round shutout decision in Kansas. But that means the 30-year-old Rankin (9-4, 2 KO) has met Shields a lot more recently than Marshall, who remains the only woman to have ever beaten Shields. Marshall defeated the American at the 2012 World Amateur Championships in Qinhuangdao, where she won gold.

Marshall’s win over Shields has been brought up many, many times, of course, and probably should be, as it’s quite a thing to be able to claim. But Rankin seems tired of hearing about it, and certainly doesn’t think Marshall should be trying to angle for a Shields rematch ahead of their fight.

“All we ever hear about is that fight,” said Rankin. “The amateur circuit is nothing like the professional ranks. Claressa has gone on to do amazing things. She’s one of the best female fighters we are going to see in this generation. To just talk about an amateur win over her is nothing as far as I’m concerned.

“If she’s concentrating on that fight and she’s looking past me then she’s in for a huge shock. She’s not getting past me on Oct. 17. That world title is coming home with me and I don’t know where she’s going to go from there.”

Rankin’s win-loss record may not look like much, but she’s been in with some good fighters as a pro, and fought for world titles twice, three times if you’re counting interim belts. She does have the deeper pro experience compared to the 29-year-old Marshall (8-0, 6 KO), and by quite a bit.

“She’s not had much experience fighting anyone of a high level really. She hasn’t fought anyone actually at her weight,” Rankin said. “A lot of the girls have stepped up to fight her at her weight. This is going to be the first time she’s faced someone who’s had a full camp. I’m coming to win and I’m going home with that belt. It’s going to be a brand-new experience for her.”

All that said, Marshall should be the favorite here, at least on paper; she has very good amateur experience and most of the higher-level women’s amateurs from the last eight years have wound up faring quite well as professionals. But Rankin is tough and will be a step up fight for Savannah, too, one that Savannah absolutely has to win if she wants to entice Shields to eventually do that “rematch.”